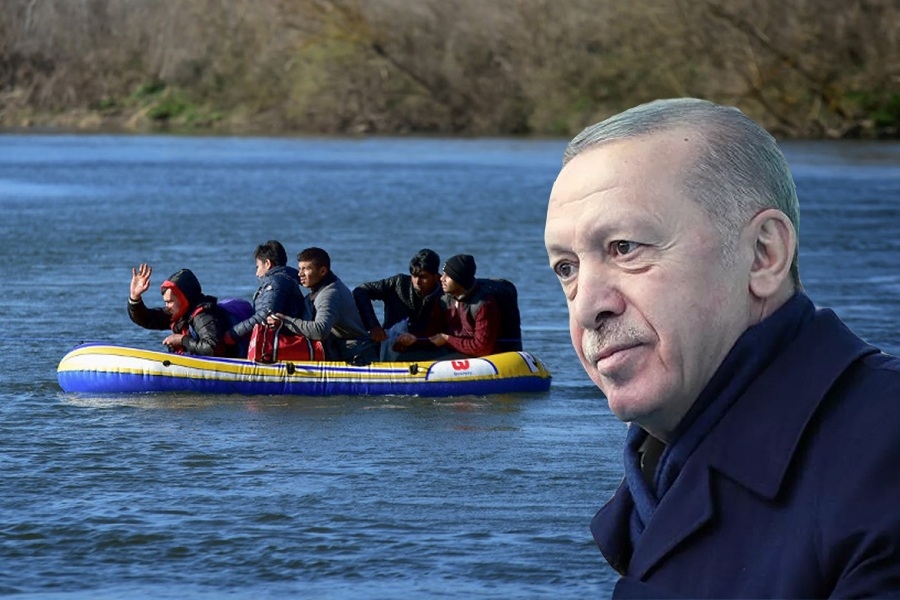 The Minister for the Protection of Citizens, Takis Theodorikakos, said that 1,500 illegal immigrants tried to cross the Greek border (in the area of ​​the Evros River) within 24 hours.

In a morning interview with SKAI, Mr. Theodorikakos referred to the latest Turkish provocations, accusing the neighboring country of engaging in “unacceptable actions” in addition to provocative rhetoric.

In particular, referring to the statements of Turkish Interior Minister Suleyman Soylu about the training of PKK “terrorists” in Lavrion, Mr. Theodorikakos pointed out that Ankara’s statements “exceed all limits” and have “nothing to do with truth and reality.” “They are cruelly provoking world public opinion, although all of Europe knows that this is fiction,” he said and accused Turkey of “using unfortunate people, illegal immigrants in Evros and the Aegean as a tool.”

According to him, the Turkish side “forcefully pushes migrants to the borders of our country, the day before yesterday (Thursday 18/08/22) 1,500 illegal immigrants tried to cross Evros for 24 hours and most of them at night.”

The minister condemned the actions of Turkey, which, in his opinion, has an “organized interest” in this, and added that “60 smugglers have been arrested and are facing trial because they created networks of ‘trafficking in human beings’.”

Mr. Theodorikakos speaks of the specific modus operandi of migrant transporters, stating that “they try, especially in summer, to transfer people along the shallow Evros River and the formed islets“.

At the end of his speech, the minister stressed that the Turkish side should “stop dreaming that we will open the borders and let the ‘goat into the garden’.”

Recall, the minister recently noted that there is a plan to extend the border fence on Evros by 80 km.