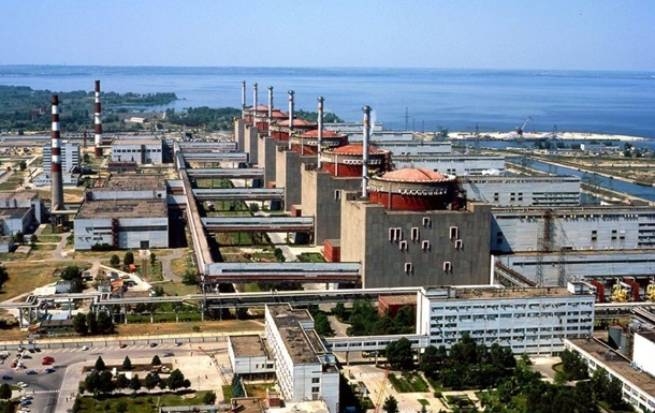 Energoatom reports that due to constant shelling, Zaporozhye NPP, the largest in Europe, operates at the risk of violating radiation and fire safety standards.

The situation is alarming all over the world. As the residents of Energodar, where the nuclear power plant is located, say, they “do not leave the premonition of a catastrophe.” In the event of an accident at the ZNPP, radiation will reach Kyiv, Donbass, Poland, the Baltic countries, Belarus, experts say.

Now only one block out of six is ​​working at the station. Scientists from the Ukrainian Hydrometeorological Institute simulated the spread of radiation in the event of an accident, taking into account the nature of the spread of hazardous substances and the current weather. In their message they say:

“The highest concentrations of radioactive aerosols can be observed within the territory of Ukraine, especially in the near zone from the source of the release, with a radius of 50-100 km. Moreover, in almost all directions in relation to the ZNPP.”

Zaporozhye NPP personnel calls on the world community to prevent a catastrophe at the ZNPP, which could have an order of magnitude more horrific consequences than the accidents at the Chernobyl nuclear power plant and at Fukushima in Japan.

“During our conversation, IAEA Director General Rafael Grossi told me that, in response to Ukraine’s invitation, he is ready to lead an IAEA delegation to the Zaporozhye nuclear power plant.”

Meanwhile, Deputy Director of the Information and Press Department of the Russian Foreign Ministry Ivan Nechaev said that Moscow does not accept the proposal to create a demilitarized zone around the Zaporizhzhya NPP: “Proposals on a demilitarized zone around the Zaporozhye NPP are unacceptable. Their implementation will make the plant even more vulnerable.”

Yesterday the Russian agency RIA Newsreferring to the words of “a member of the main council of the military-civilian administration of the Zaporozhye region” Vladimir Rogov, announced:

“The administration of the Zaporozhye region promises that tomorrow drones will broadcast online the situation at the Zaporozhye nuclear power plant, where – according to the Russian Ministry of Defense – Ukrainian troops are preparing a provocation.”

In turn, the Main Directorate of Intelligence (GUR) of the Ministry of Defense of Ukraine accused Russia of preparing a provocation at the Zaporozhye nuclear power plant. As intelligence said yesterday in a Facebook post, the station will have a day off, leaving only the staff on duty:

“From the available information, it becomes clear that after the large-scale shelling of the Zaporozhye nuclear power plant, the occupiers can raise the stakes and arrange a real terrorist attack at the largest nuclear facility in Europe. In addition, time this crime to coincide with the stay of the UN Secretary General in Ukraine.”