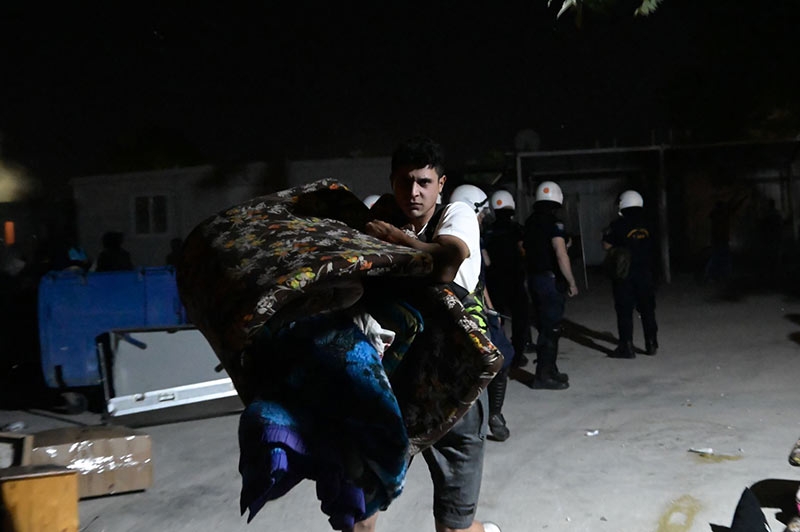 The government and municipal authorities have decided to close the last structure for illegal immigrants that exists in the municipality of Athens.

Eleonas is a district of Athens, located in the west of the municipality of Athens, near the intersection of Kifissos and Iera Odos streets.

However, illegal migrants reacted extremely negatively to this. The video shows how the woman threatened to cut her throat and kill those who would drive her out of the camp, and that they are now a problem for the Greek authorities.

It is noted that there are more and more cases when illegal immigrants threaten the Greeks to cut their throats.

Today at 4:58am Greek police entered the refugee camp of #Ελαιώνας in Athens in an attempted eviction of the camp. They removed the barricades residents had built at the gates and then fired tear gas and a flash grenade at those resisting inside. pic.twitter.com/wztBHMC0Yr

Today at 4:58 Greek police entered the refugee camp #Ελαιώνας in Athens, trying to evict the camp. They removed the barricades built by the residents at the gates and then fired tear gas and flashbang grenades against the resisters inside.

In the last few hours, new incidents have occurred in the Eleonas camp, the protagonists of which are the so-called. “solidarity” forces, which represent Greek and international far-left organizations and the special forces of the MAT police. Solidarity activists reportedly gathered with 15-20 migrants at the central gate of the Eleonas camp site and did not let the staff in, so they managed to enter the territory with the help of an IAT unit.

At some point, the “solidarists”, who were overwhelmingly foreigners, entered the structure and began to mock the camp staff. They knocked on the walls of the room they entered and threatened them. Competent sources claim that the majority of “solidary” – the French, Germans and some Greeks. Reported. what EL.AS. made five arrests.

Migration Minister Notis Mitarakis tweeted: Eleonas: Immigrants and people of solidarity threaten our staff, this is unacceptable, and the structure will definitely be closed.