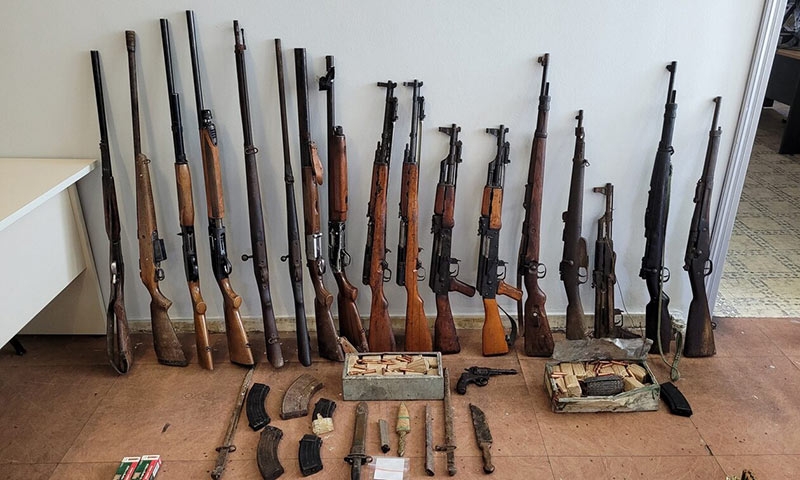 The police operation carried out yesterday afternoon in the Crapsi area in Ioannina resulted in to the discovery of an arsenal and a plantation of hashish, and also to arrest of three peopleone of whom is an Albanian citizen.

Three of those arrested were charged with growing drugs and violating gun laws. As part of the investigation, 47 hemp seedlings, watering equipment and agricultural implements were found and seized on the plantation. During a search in the coffee house of one of the detainees, as well as in his house, the following were found and confiscated:

The arrested will be taken to the prosecutor of the city of Yanina.