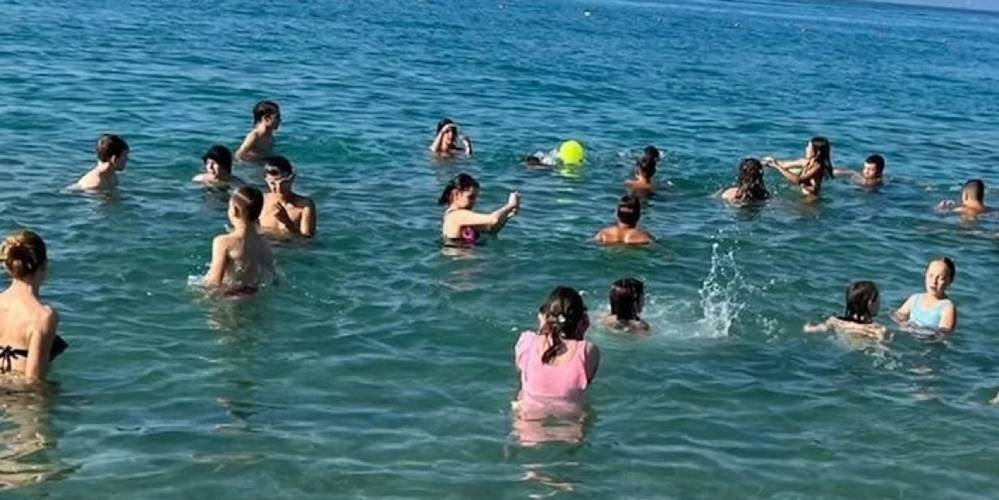 The largest program for children in Europe ends this week with the admission of children from Bucha and Poltava (Ukraine) to our country.

Staying for several days away from the sirens and the ravages of war brought smiles back to the faces of the kids who faced the harshest mentally crippling scenes. The vast majority are from Bucha, the Department of Immigration and Asylum said in a statement.

This fact is confirmed both by the authorities of Bucha, who are in touch with the educators and parents of the children, and by the operators of the children’s camps, who captured the most beautiful moments of hospitality. Children from Ukraine and Greece laid the foundations of friendship.

A total of 525 boys and girls (aged 6-15) and 92 accompanying adults arrived from Ukraine and were placed in 21 children’s camps – in Halkidiki, Thessaloniki, Kavala, Magnesia, Attica, Corinth, Elis and Messinia. The International Organization for Migration took over the internal transportation, receiving and escorting guests to their destination.

The project was coordinated by: Deputy Minister of Migration and Asylum Ms. Sophia Vultepsi, in cooperation with the Ambassador of Ukraine to Greece, Mr. Serhiy Shutenko, and the Consul of Ukraine in Athens, Ms. Anna Tyshchenko, with the assistance of the NGO “FYLAKTO”, Head of Mission of the International Organization for Migration in Greece Mr. Gianluca Rocco, General Secretary for the Reception of Asylum Seekers Mr. Manos Logothetis, EUAA (European Asylum Service) and Panhellenic Union of Private Camp Operators