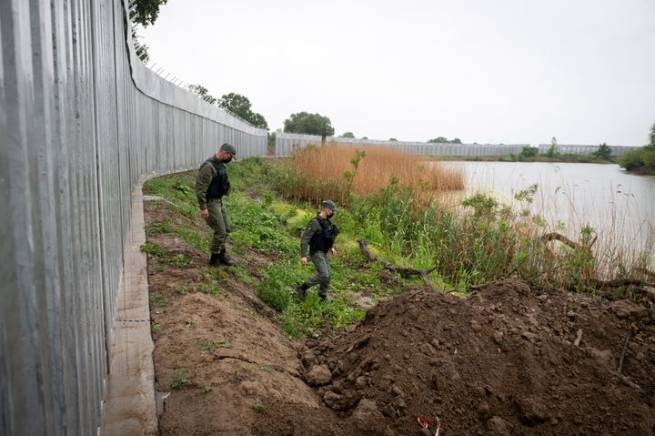 The Evros fence will be extended by about 80 kilometers, Minister of Immigration and Asylum Notis Mitarakis said.

In a conversation with journalists from radio station SKAI, Mr. Mitarakis noted that the “island” (a section of the bottom of the Evros River that appears during a drought) is not a territory of Greece, according to SYRIZA. He pointed out that both the Army Geographical Service and the Land Registry clearly stated that the footprint left by the immigrants was outside Greek territory.

He also pointed out that Greece cannot “be with open gates” and Turkey is not a warring country. According to him, “humanism is very important, but people who want to come to EU because of the existing inequality in the world, there are hundreds of millions. And we are not talking about a “closed Europe” here. However, not about the “wide open gates” through which the smugglers themselves will decide who to transfer,” he added.

With regard to the arrival of migrants on other islands such as Kythira, the minister said that continuous patrols in the Aegean, as well as fencing on Evros, are forcing traffickers to look for other routes using the “islands” of the Evros River.

According to figures cited by Mr. Mitarakis, 18,000 immigrants are currently housed in the country’s hotel structures, up from 92,000 in 2020. Of the 121 existing camp structures, only 34 currently operate throughout the country, he said.

Regarding refugee flows, he said that “last year we had the lowest number of arrivals in the last decade – 8,500 migrants.” This year is expected to be the second-lowest year for immigration flows in a decade, with 7,000 immigrants so far, Mr. Mitarakis added.

In conclusion, the minister noted that on December 31, the apartments allocated to asylum seekers throughout the country will be vacated, as the corresponding hospitality program has been completed.