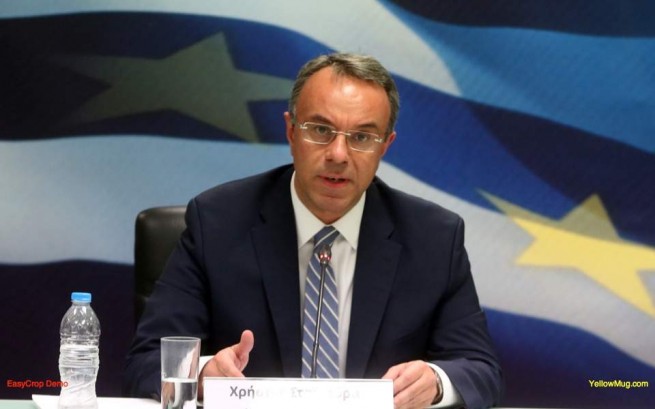 under the heading “Greece emerges from surveillance, but austerity pain remains» an authoritative international publication emphasizes that, despite the solemn statements of the European Commission and the Greek government,

Greececontinues to grapple with many of the problems that have held back economic growth for decades“, problems that “make the economy especially vulnerable to new shocks related to the war in Ukraine, the energy crisis and the risk of stagnation in the eurozone.”

On August 20, Athens officially ends the heightened surveillance regime that followed Greece’s three bailouts between 2010 and 2018. According to Georgios Pagoulatos, head of the Hellenic Foundation for European and Foreign Policy think tank in Athens, the move is “a signal to investors and markets that Greece is out of the crisis. [и] one step closer to investment grade.”

“After 12 years… a difficult chapter for our country is coming to an end,” Greek Finance Minister Christos Staikouras said in a statement last week, adding that this would allow the country greater freedom in its economic policy.

The European Commission welcomed Greece’s achievements and its commitment to continue reforms after the end of enhanced surveillance. But these high-profile statements obscure the fact that Greece is still grappling with many of the problems that have hindered its economic growth for decades, analysts say. And they make the economy especially vulnerable to new shocks from the war in Ukraine, the energy crisis and the risk of stagflation that are looming over the eurozone.

“Inflation is at its highest level in 29 years, [в то время как] wages are still very low, says Wolfango Piccoli, co-president of consulting firm Teneo. – There are new economic problems that completely push this moment into the background. The focus of voters is on the real economy, not technical issues.”

However, inflation is 11.5%, making the cost of living almost unbearable for many Greeks. Greece also lags behind most advanced economies in providing well-paid jobs, according to the OECD.

Moreover, despite the reforms that Athens had to make as part of the rescue program, they were unable to cope with some of the most serious structural problems. These include a huge bureaucracy, especially in the legal system, and chronic tax evasion. Instead of diversifying its economy, Greece is still heavily dependent on tourism. And the vast majority of enterprises, usually small ones, are considered insolvent.

Greece, meanwhile, remains the only eurozone member whose sovereign debt is rated junk, although Prime Minister Kyriakos Mitsotakis says the country could achieve investment grade status in the first half of 2023.

Finance Minister Christos Staikouras said that getting out of control of the bailout program would allow Greece more freedom in its economic policy.

Against this backdrop, Greece’s sovereign debt remains among the most expensive in the eurozone, reflecting investor sentiment that a sizeable premium is still required to hold its government bonds. As of Tuesday, Greece’s 10-year bond yield was 3.26%, compared to 3.07% for Italy, which is in political turmoil. This is much higher than ultra-safe German bonds, which have a yield of 0.94%.

A turn for the better?
Greek debt has been on the rise since last fall, a trend exacerbated by moves by the European Central Bank to tighten monetary policy this year. However, the yield on 10-year bonds remains significantly lower than in mid-June, when it jumped to 4.69%. The ECB’s subsequent pledge to use a new bond-buying “tool” to lower borrowing costs in the most heavily indebted eurozone countries, notably Italy, eased some of that pressure.

The instrument, dubbed the Transmission Protection Instrument (TPI), “has a stabilizing effect [и] offers support for any economy that could face a crisis, including Greece,” Pagoulatos said.

Moreover, fluctuations in bond yields do not have an unreasonable impact on Greece’s borrowing costs. Its debt – totaling €350bn – is managed at a pent-up interest rate under the terms of the bailout program, and about 70% of these liabilities are owed to public financial institutions, under long-term repayment schedules, and not to private investors.

On the domestic front, Athens carried out numerous reforms, including in the social security system, in the labor market and in taxation. Some long-planned measures remain unfinished but have been extended until October, including progress on a number of privatizations, closing the gap in pension payments, and putting in place a tax administration system, among others.

Greece is also among the largest beneficiaries of the Pandemic Recovery Fund EU and is in line for up to €17.8 billion in grants and €12.7 billion in loans. The country’s RRF program indicates that 37.5% of the plan will go towards supporting green investment and 23.3% towards digital transformation.

Revision of the crisis years
Despite all the successes, many economists now say that the long-term cost of the bailout, in which the European Commission, the ECB and the International Monetary Fund provided about 290 billion euros, caused pain that is still being felt today. Creditor-imposed austerity measures, mostly in the form of sharp cuts in public services and higher taxes, amounted to €72bn.

The EU has learned a lot from the workshop of the Greek crisis, and this has enabled it to respond faster and more effectively to future challenges,” he said. Evangelos Venizelos (stating in 2011 that “There is no crisis in Greece”. Note. edition), who held senior positions in the Greek government from 2011 to 2015, including the post of Deputy Prime Minister during the crisis associated with saving the country. “The creditors showed solidarity, but at the same time showed a punitive function.”

Greece’s GDP fell from $355.9 billion in 2008 to $188.7 billion in 2020 and is now starting to rise again to around $216.4 billion in 2021. The economic depression left the Greeks impoverished, embittered and disillusioned. Almost half a million people left for the more prosperous north of Europe, and only a few returned.

Greece has made tremendous progress, says Alvaro Santos Pereira, OECD director of country studies, but it still has a long way to go to catch up with its peers. For example, he says, “Nearly 15 years after the start of the global financial crisis, Greek banks are only now returning bad loans to single digits, allowing them to start providing the financing needed for new investments.” And among analysts, the topic of salvation will remain controversial for many years to come.

“It’s too early to tell if the rescues have been successful,” Teneo’s Piccoli said. “The economy is picking up, but in the meantime, the usual problems are showing up. The concern is that little has changed in terms of structure.”