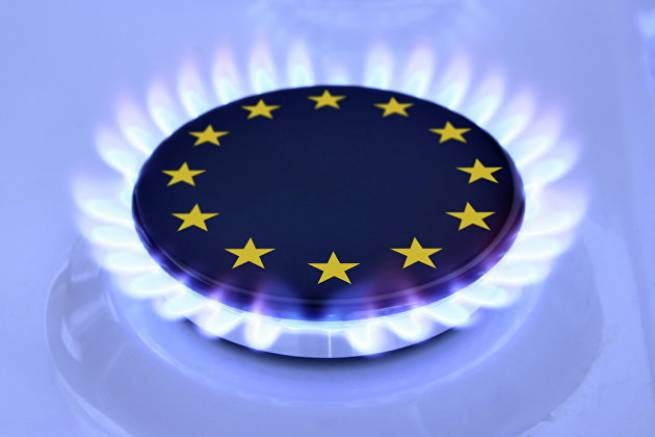 The cost of gas in EU On August 15, it exceeded $2,400 per thousand cubic meters, the last time such prices “pleased” in March. On Monday, the overall increase in gas prices amounted to more than 11% per day.

This is evidenced by trading data on the London Stock Exchange ICE. The cost of September futures at the TTF hub in the Netherlands rose to $2,412 per thousand cubic meters.

Experts’ forecasts are disappointing: due to a possible shortage of gas in Europe, electricity prices are rising at a record high, so Europe is preparing for an “expensive” winter. In many European countries, the cost of electricity has increased significantly because of this, writes Bloomberg.

Electricity tariffs in Germany have risen to 477.50 euros per MWh at the European Energy Exchange AG. This is almost six times more than at the same time last year, and in the last two months alone, the price has doubled. Experts say that the reason for the rise in prices is fears that due to the lack of gas there will be a shortage of electricity.

France’s nuclear capacity is at a low level, which reduces the possibility of exports in the coming months. The agency notes:

“Rising energy prices are affecting household bills and spending on everything from food production to glass heating. The energy crisis is driving inflation across Europe, pushing consumer prices into double digits.”

In Britain, the wholesale price of electricity has risen about sevenfold in just a month to £591 ($713) per MWh. At the same time, analysts argue that there are no clear signs of an end to the “extreme” price growth – the continent’s low nuclear, hydroelectric and coal capacities are not able to alleviate this pressure.

The German federal government warns that domestic gas bills for private households could rise by several hundred euros per year. The increase in tariffs is due to the introduction of a fee for the use of fuel. By law, suppliers could set it at between one and five eurocents per kilowatt-hour. The German Gas Operators Association determined that the fee should be 2.4 cents.

The new rates will come into effect from October. It is assumed that they will mitigate the losses of companies due to higher energy prices, a sharp reduction in Russian gas supplies and, accordingly, the need to purchase fuel on the spot market at higher prices.

Currently, gas reserves in Europe’s storage facilities have grown to 74.36%. Meanwhile, the Russian Gazprom predictsthat European gas prices could rise by another 60% and exceed $4,000 per 1,000 cubic meters this winter, writes CNN Greece. Exports and production continue to decline due to Western sanctions, the state-owned company said on Tuesday.