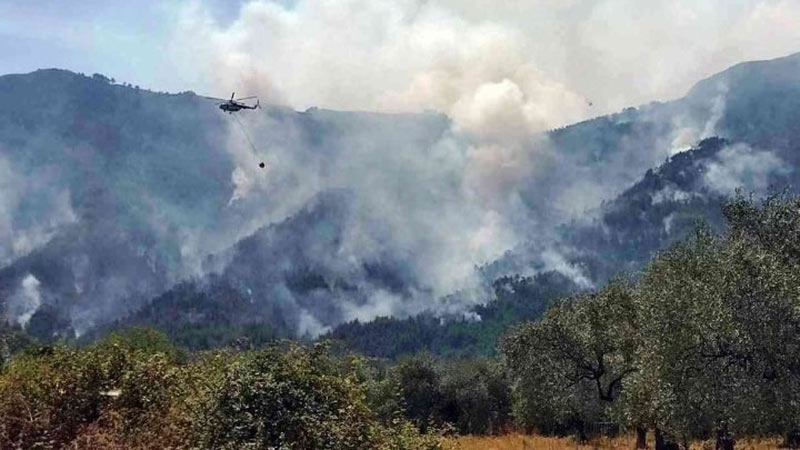 A 65-year-old man has been arrested as the prime suspect in a massive fire on the island of Thassos. The fire department also has strong evidence that this person was responsible for the previous wildfire, in the same area, a week earlier.

According to reports, the pensioner was considered a suspect from the very first moment when On August 10, a fire broke out over the Potamias Rock, as well as for the fire in the same area on August 2. Police officers checked the man’s car early Tuesday morning and found firecrackers and flammable materials, state broadcaster ERT said.

Firefighters and volunteers sent from other parts of the northern part of the Greek mainland have been trying for several days to extinguish forest fire in Thassos, which reportedly burned about 4,000 acres of pine forest. On Friday, August 12, the fire was largely extinguished, but it flared up again at night. The fire has been fully under control since Monday morning, August 15, but the fire department is still on alert for a possible reopening, even after a downpour hit the island the day before.

The arrested person will be taken to the prosecutor in Kavala at noon. According to the latest information from ERT, the man is a resident of the village of Potamia and has come into conflict with a local breeder. He did not have a permit to store flammable material. Local witnesses say his name is linked to the first fire on August 2, but nothing happened then. So far, the arrested person has not confessed to arson.

As shows statisticsAndrianos Gurbatsis, a former fire chief of Greece, Doctor of Law Andrianos Gurbatsis, said that out of 100 people arrested for arson, only 8 go to jail. It is possible to prove that a person is a real arsonist only if he was actually caught by the hand at the scene of the crime, or if investigators found objects at the scene of arson that point to a specific person, and at the same time, the arsonist has no evidence that he was at the time of the arson in the other place.