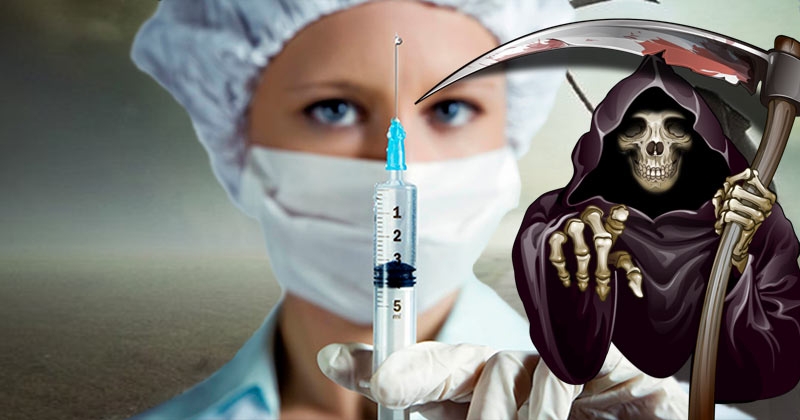 “Reinfection in vaccinated people is more common than previously thought,” said Icelandic scientists who were evaluating individuals re-infected with SARS-CoV-2 during the Omicron wave in Iceland in a statement.

On the Athens News website, we have repeatedly mentioned that the Covid-19 vaccines that have been administered to billions of people on our planet are still experimental drugs, the side effects of which are currently unknown.

However, in addition to this, the question arises: how is it that lately the unvaccinated rarely or never get sick with Covid-19 compared to the vaccinated, who get sick two and three times in a short period of time.

The answer to this question is new study from Iceland. The aim of this study was to estimate the proportion of people re-infected with SARS-CoV-2 during the Omicron wave in Iceland. His results show that in most age groups, those who received two or more doses of the vaccine are more likely to be reinfected with Covid than those who did not receive the vaccine or received only one dose!

The study, approved by the Icelandic National Bioethics Committee, was conducted among residents of the country previously infected with Covid SARS-CoV-2 and re-infected during the wave of the Omicron strain.

The evaluation was carried out from 1 December 2021 (the first diagnosed case of omicron in Iceland) until the end of the study period on 13 February 2022. Data for all SARS-CoV-2 testing done in the country by polymerase chain reaction (PCR) were obtained from Landspitali-The National University Hospital of Iceland, and data on vaccination status were obtained from the Icelandic Health Directorate.

Reinfection was defined as a positive PCR test for Covid19 within 60 days or more of a previous positive test.

The proportion of reinfection, by age group, vaccination status, and number of days since the initial positive PCR test, was calculated using logistic regression. Detailed definitions and statistical codes are given in the appendix.

In this population-based study, a significant proportion of people developed SARS-CoV-2 reinfection during the first 74 days of the Omicron wave in Iceland, with rates of 15.1% among those aged 18 to 29 years.

Surprisingly, people who received 2 or more doses of the vaccine were more likely to be reinfected than those who received 1 dose or none.

This result should be interpreted with caution due to limitations related to vaccine suitability and underlying medical conditions. Our results suggest that reinfection in vaccinated individuals is more common than previously thought.”

Why is this research so important?

Aside from the mismanagement of the Covid19 “pandemic” where nearly everything has been turned upside down to the point where we have seen the complete opposite of what health officials were saying (remember they originally said vaccines don’t give you get sick and do not transmit the infection …).

Vaccines most likely not only did not provide the notorious “immunity wall”, but actually extended the duration of the Covid19 “pandemic”.

In simple words, it means that the Covid19 “pandemic” could have already ended, but because of vaccines, it continues.

This study adds to others showing that vaccines cause destruction of the immune system, as supported by data from intensive care clinics where fully vaccinated people are hospitalized at a much higher rate in proportion to overall vaccination rates.