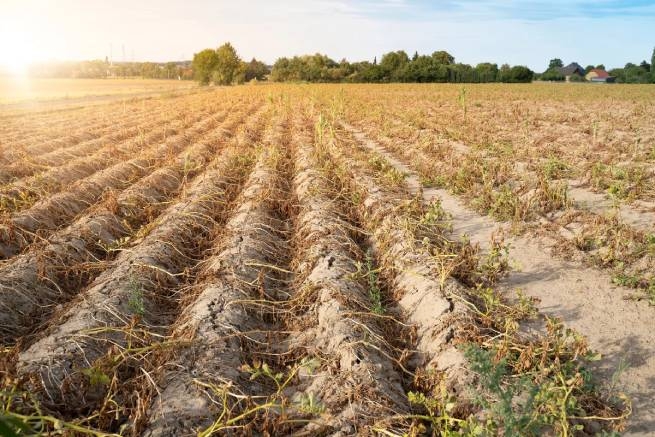 Forecasters predict that the consequences of the drought, ruthlessly depleting Europe, will become even more severe in August than in the previous month. Such a development of events is mentioned in a report of specialists prepared by order of the European Commission.

Scientists note that the drought today will affect almost the entire European continent. The situation is especially dangerous in the south of France, in Portugal and Spain. The report notes very low water levels in Europe’s rivers.

France is experiencing the fourth heat wave that hit the country. Due to the almost complete lack of precipitation and too high temperatures, experts say that the most severe drought in the history of meteorological observations. And the forecasts are disappointing – Météo-France reports that the heat will spread from the south to the north of the country and will last at least until the end of the week. Many agricultural crops have suffered and continue to suffer from unbearable heat and lack of water, including sunflower and lavender. The country is on fireincluding in wine regions, destroying everything in its path.

Extreme heat has not spared even the British Isles. In the south and in the center of the country, forecasters predict temperatures up to 35°C in the shade. In England and Wales, there is a temporary ban on watering gardens and gardens with a hose – to save fresh water.

Richard Milne, columnist for the Financial Times, writes about threat to the economy EUbrought about by a record drought. Due to falling water levels in many bodies of water, some large European countries may face power shortages. Norway’s rivers and reservoirs, for example, provide 90% of the country’s water needs. Dry winters and springs have caused water levels to drop to record levels. The Norwegian Cabinet has restricted electricity exports until they are full. Milne warns:

“This could be a problem for countries like Germany, the Netherlands and the UK, which have imported significant amounts of electricity from Norway over the years by cable. The energy crisis in Norway will make it harder for Europe to get through the winter.”

In Germany, too, they started talking about the danger of drought for the economy – the water level in the Rhine, an important transport artery of the country, fell to a record level. And it’s not just the lack of fresh water. Millions of tons of goods are transported up and down the navigable Rhine, which flows some 1,300 kilometers from Switzerland to the North Sea.