In its publication, the US publication chronicles the revelations – from the denial of the wiretapping by the then commander of ΕΥΠ in June to the relevant parliamentary committee to the start of the scandal a few days later. The US publication stresses that “the allegations of government espionage sparked a widespread scandal that shocked the Greek government leadership.

Revelations that a leading opposition politician’s mobile phone had been tapped shocked the government and heightened concerns about how widespread such surveillance was.

But queries by the opposition to the Prime Minister’s Office have come to nothing. The chief of staff, a political ally of Prime Minister Kyriakos Mitsotakis, discouraged further requests, kept the time to a minimum and ensured that the July 29 meeting, the contents of which are still protected, went nowhere.

But in less than a week the allegations of government espionage have turned into a massive scandal that now shakes the very top of the Greek government, raises fears of widespread surveillance across Europe and could give another crack in Europe’s united front against Russia.

Greece is now awash with talk of blackmail, Watergate and a secret police state using an all-pervasive legitimate surveillance programme with more than 15,000 examples of use last year alone, about starting, extending or stopping wiretaps in this country of 10.5 million people. Predator, the spyware used to infiltrate mobile phones, has become part of the Greek lexicon.

Mr Mitsotakis, a conservative who took personal control of the foreign intelligence service in 2019 and whose own father was weakened by accusations of political espionage when he himself was prime minister some 30 years ago, is in control for now.

He fired his loyal spy chief Panayiotis Kontoleon, accepted the resignation of government secretary-general Grigoris Dimitriades, who is his nephew, and delivered a nationwide TV address this week full of denials and proposals to reform the spy agency, including adding a layer of judicial review to what many critics call an internal “rubber stamp” before issuing a wiretap permit.

“I was not aware of this and obviously would never have allowed it,” Mr Mitsotakis said of spying on his political rival, even though the country’s intelligence agency is under his watch. 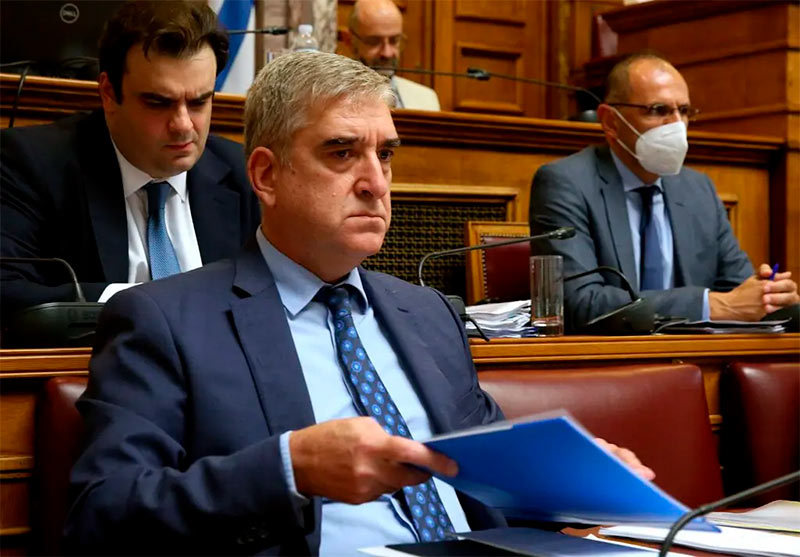 Panayiotis Kontoleon, the head of Greek intelligence, was sacked after the scandal broke. Credit… Alexander Beltes/EPA, via Shutterstock

The scandal has echoes of the dark old days of the military junta in Greece, but it is also very much in tune with the current European moment. Spanish Prime Minister Pedro Sanchez has been targeted by the powerful Pegasus spying programme in the same way as French President Emmanuel Macron, the former Belgian prime minister and senior EU officials.

There is growing concern that in Europe, which prides itself so much on its protection of privacy and the rule of law, wiretaps and espionage are rampant at a time when its democracy is threatened by Russian aggression. So much so that the European Union regularly checks the devices.

The investigation into spyware must now “include phone checks of all top-level politicians and officials,” Sophie in’t Veld, chair of the European Parliament’s ad hoc committee on spyware, tweeted on Tuesday. “To get a full picture of governments’ spying activities.”

Greece has risen to the top of the list of concerns. Allies of Mr Mitsotakis, an ardent defender of Ukraine, say the scandal poses a threat not only to Greek stability but also to the common cause against Russia.

“If I were Mr Putin, I would be very happy if governments that are so opposed to Russia would fall,” said Adonis Georgiadis, a government minister and vice-president of Mr Mitsotakis’ New Democracy party. Although he stressed that he was not blaming Russia for the hacking attacks, adding that Russia had influenced Greece before, “So if they did it in the past, why not do it now?” Turkey, he said, “could also be behind” all this.

Mr Mitsotakis was also reticent in his remarks about the possibility that “shadow forces outside Greece” were working “to destabilise the country”.

Opponents said the government’s insinuations were a desperate smokescreen to avoid the obvious issue – that the government was caught spying on its own citizens and political rivals.

“It was obvious that the government was lying,” said Georgios Katrougalos, a former Greek foreign minister from the main opposition Syriza party, who attended a confidential meeting on July 29, the gist of which he said he could not divulge. Opposition party officials interpreted the intelligence chief’s reluctance to spy on journalists and even a 12-year-old migrant child as confirmation that they were doing so. And they used the revelations about “legitimate” spying to cast doubt on the government’s categorical denials that it was behind the Predator hacks.

The extent of government surveillance might not have come to light if Nikos Androulakis, leader of Greece’s third largest political party, the centre-left Pasok-Kinal, had not upgraded his iPhone. 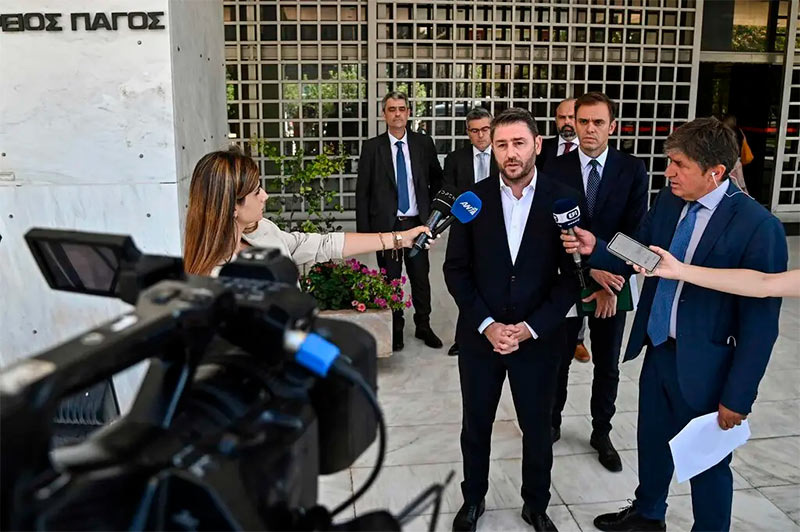 Nikos Androulakis, member of the European Parliament and president of the PASOK KINAL party, talks to the media after filing a complaint with the Supreme Court in Athens over an attempt to track his mobile phone using Predator malware, last month. Credit…Agence France-Presse, via Eurokinissi/Afp Via Getty Images

In June, an aide suggested he give his old phone to a new spyware detection lab in Brussels at the European Parliament, of which he is also a member. Specialists discovered that on September 21, 2021, he had been cyberattacked with Predator malware, which is produced by Cytrox, a technology company based in Greece, and when installed through a phishing scam, can take over an entire mobile phone.

“It can monitor, it can record,” said Dimitrios Manzos, a spokesman for the Pasok party, who said the culprit “must be domestic” because Greek fingerprints were all over the place. “It’s too Greek for us to understand, but it’s all Greek.”

The party leader was not the only target. Thanasis Koukakis, a reporter who investigated big banks in Greece in 2019, noticed problems with his new iPhone in June 2020. He asked a source if it was possible he was being monitored. The source told him that yes. He said he was shown transcripts of his conversations, including one when he was waiting for his daughter outside school, with notes describing confusing phrases.

He lodged a complaint with the national communications and privacy watchdog. Before he could get a response, the government amended the law in March 2021 to allow information to be withheld from people under national security investigation. The privacy watchdog informed him that it had no information on his phone.

A later investigation by Reporters United, which included government intelligence documents and prosecutor’s orders, revealed that government surveillance had been terminated the same day he lodged his complaint. It also emerged that Mr Kukakis’ phone had been infected with Predator software, which he only discovered in March this year after Citizen Lab, the world’s leading spyware experts, tested his device. The government denied any involvement. It was only on Wednesday that he finally received a call from a prosecutor from the country’s highest court to set up a meeting about his complaint.

“The disclosure of the Androulakis case is a blessing to me,” said Mr Koukakis, who is convinced that Mr Mitsotakis knew all about surveillance in the current scandal. Mr Androulakis has also lodged legal complaints and asked the Greek watchdog to look into the breach of his privacy. In his case, the watchdog was able to confirm to Mr Androulakis’ phone service provider in early August that intelligence services had tapped his phone.

Giorgos Gerapetritis, one of Mr Mitsotakis’ closest aides, said he then tried to arrange a meeting between Mr Androulakis and the intelligence chief so that the chief spy could explain to him and him alone, as allowed by law, why he was being monitored. But, he said, he never received an answer. Instead, Mr Androulakis said he wanted the judiciary to look into the matter, as well as the parliamentary ethics committee and the Greek privacy watchdog.

Greek Watergate: the resignation of the head of ΕΥΠ and the prime minister’s chief of staff
The whole affair has caused a political scandal in Greece, where parliamentary elections are due by next summer.

Mr Georgiades admitted that any evidence that Mr Mitsotakis knew about the surveillance would have been “very bad. But he didn’t know.” He blamed what he called a “political mistake” on the sacked intelligence chief, but also warned that the scandal could open the door to an opposition more sympathetic to Russia. But Mr Androulakis, like many Greeks, is convinced that the enemy is within the country.

“I never expected the Greek government to put me under surveillance,” he said, “using the darkest methods”.