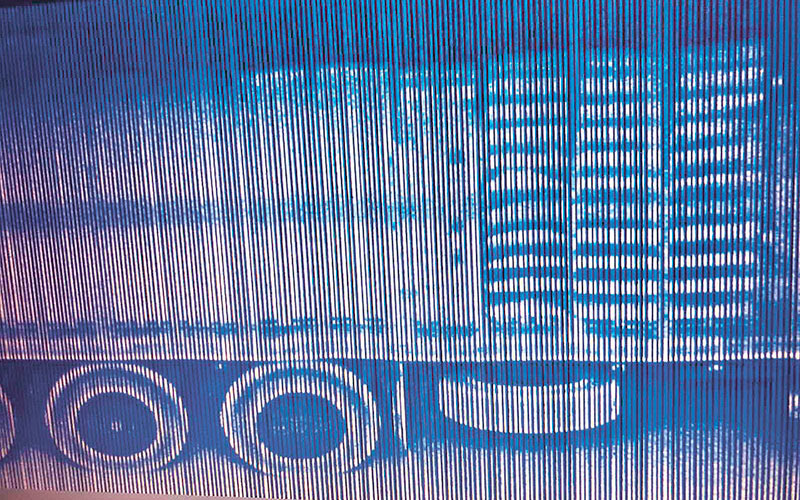 Cigarette smuggling “lives and thrives” despite the seizure of millions of packs and the discovery of dozens of illegal factories.

The refrigerator truck was said to have been filled with dairy products, namely 5,000 yoghurts in one-pound packages destined for Italy. He was parked at the pier of the port of Igoumenitsa, from where ships depart abroad, when the 64-year-old Bulgarian driver was approached by the port central authority and said that they were going to check the cargo with an X-ray machine. It was the day of March 4th. During the inspection, it turned out that cartons containing more than 350,000 packs of cigarettes were hidden behind pallets of yogurts. They did not have a special excise stamp, were counterfeit branded cigarettes (Winston Blue) and were produced in a tobacco factory operating illegally in Greece. The illegal cargo, for which the duty amounted to 1.5 million euros, was confiscated, and the 64-year-old Bulgarian driver was arrested.

Cover made of… sea bream

This could have been an isolated incident, if some time later, namely on the evening of May 13, Coast Guard officers did not notice another refrigerated truck (driven by a 46-year-old Bulgarian) loaded with smuggled cigarettes. This time, 350,000 bags were hidden behind pallets of frozen fish, specifically sea bream. Employees of the Economic Police Department were informed about these seizures and after a short closed meeting on the 14th floor of the GADA decided to obtain information about two trucks with Bulgarian license plates that were seized in Igoumenitsa.

It is estimated that more than 20 illegal cigarette factories have been found in Attica from 2018 to the present, most of which are controlled by expatriates.

As a result, it turned out that another tobacco factory operates illegally in Attica, whose cigarettes are exported abroad, providing smugglers with millions of dollars in income. As of 2018, over 20 illegal cigarette factories have been discovered in Attica, most of which are controlled by expatriates from the former Soviet Union.

The economic police officers looked for evidence, including from traffic cameras and GPS devices, and concluded that the refrigerated trucks found in Igoumenitsa started their route from Attica, namely from Koropi. Undercover police officers were monitoring the area’s main streets and soon spotted trucks with Bulgarian license plates, as well as two privately owned vehicles, registered to Cypriot owners, moving in and out of the warehouse on Anagnostou Street. After an investigation that lasted about two months, the police managed to find the end of the thread. On the morning of July 15, they raided the factory, arrested 11 people who worked there, and seized 13 tons of tobacco, as well as a machine for producing and packaging cigarettes. They also found 6 truckloads and a million ready-made Winston Blue cigarettes, similar to those found by the Coast Guard in a yogurt truck. Lost customs duties are estimated at almost 3.5 million euros. Nine of those arrested are citizens of Ukraine and Moldova, and two expatriates from Kazakhstan and Uzbekistan. The warehouse in Koropi was rented in November 2021 by a shell company through a lawyer, who, however, declared ignorance of the case.

Connections
While the investigation is at an early stage, police sources say it is possible that processing of the findings could reveal links to recent cigarette smuggling cases that could shed light on the “identity” of the gang that controlled the Koropi illegal factory.

As seen in the x-ray, an inspection on May 13 found 350,000 packs of cigarettes in the back of the container, hidden by trays of frozen fish.

From Dubai to Piraeus
In May 2021, on a signal from the European Anti-Fraud Office (OLAF), customs authorities stopped 35 containers of smuggled cigarettes at the port of Piraeus. The illegal goods began their journey from Dubai and, according to shipping documents, their virtual destination was Syria. A year later, history repeated itself. Following a signal from their French counterparts, Piraeus customs officials have seized 9 containers of smuggled cigarettes in recent weeks at the Neo Iconio container terminal. Most of them were sent from Dubai and were destined for Greece, Cyprus and the port of Bar in Montenegro. Are these two cases connected, and which smugglers are behind them? The tangle of these two cases is unraveled today by “K”.

35 containers with 338 million smuggled cigarettes were loaded onto container ships (TENO, MEKONG, etc.) at the Dubai port of Jebel Ali in January 2021. Their confiscation in Piraeus took place in May of that year, and the matter acquired diplomatic consequences: the UAE Embassy in Athens demanded the release of the goods. In the shipping documents, cigarettes (under brands such as House of Kingdom and Silver) were claimed as cargo, but according to Greek media, most of the recipient companies were found to be non-existent.

According to classified information from OLAF, the organizer of the transport of cigarettes was a Syrian suspected of participating in an international smuggling network. Information about this person was also available to the British authorities and major tobacco companies. Finally, the preliminary investigation into the case was completed in May 2022, the dossier was in the hands of the competent prosecution authorities, but the case had not yet reached prosecution. Greek and foreign officials involved in the investigation estimate that most, if not all, of the smuggled cargo will end up in EUand the amount of tax evasion will be more than 70 million euros.

Dubai was the origin of seven of the nine containers of smuggled cigarettes seized in Piraeus in recent weeks. They were hidden behind pallets with tools, generators and shoes, and were destined for Piraeus, Cyprus, Montenegro, Slovakia, Hungary. The consignees in the shipping documents are indicated as active import companies with a large turnover. This allows customs officials to conclude that the declarations in their possession are false.

As for cigarettes, these are brands that can only be found on the “black market”, such as Manchester, Williams, etc. It is being investigated whether a Greek smuggler, who has been accused in the past of importing cigarettes from Dubai into Greece, is behind the case. First, he collected them in warehouses in western Attica, and then transported them by truck to the EU countries.