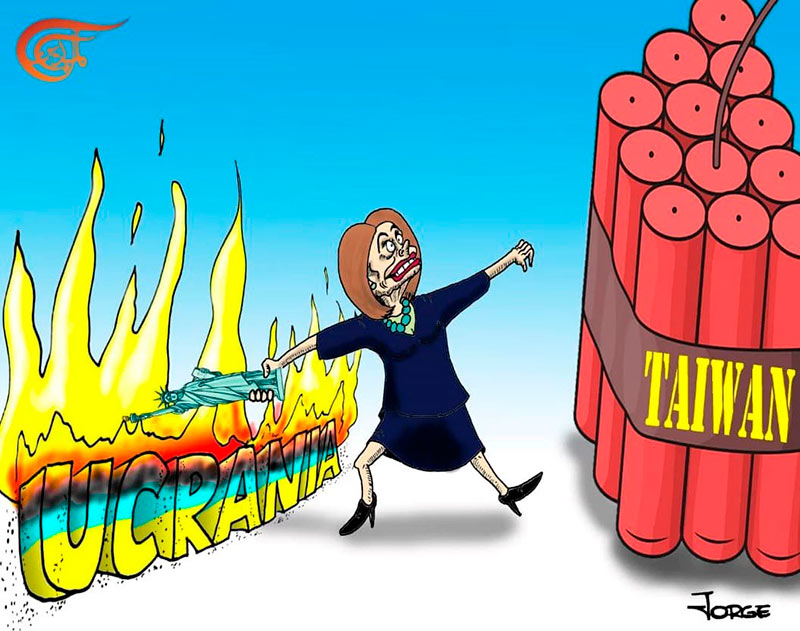 Nancy Pelosi’s visit to Taiwan lasted less than 24 hours, she left the island at noon on Wednesday (local time), but the consequences of this trip, which brought the whole world to the brink of nuclear war, are now a matter of concern in the heart of the United States, China and the world.

As the BBC reports in its analysis, the escalation caused by the visit of the speaker of the US House of Representatives to Taiwan raises a serious problem: Washington and Beijing have taken steps to sharpen the front between them, and now it will not be easy for both sides to retreat.

The British network speaks of a new normal that is fraught with significant dangers. After years of Beijing’s soft power policy on Taipei, Xi Jinping has taken a tougher approach. And the Chinese leadership may have found, thanks to Pelosi’s visit, an excellent opportunity to capitalize on this strategy.

The game of pretend
“Those in the upper echelons of government who have a militaristic streak must have warmly welcomed Ms. Pelosi’s visit. It was the perfect occasion to step up the war games around Taiwan and prepare for the inevitable day when it will be overrun by force,” he said. BBC – Perhaps the most important challenge to regional stability is that their public stance on Taiwan is not serious. It’s like a giant game of pretend that is getting harder to maintain.” Explaining the situation, the BBC says:

“China pretends that Taiwan is part of its territory, despite the fact that the island collects its own taxes, votes for its own government, issues its own passports and has a separate army. The United States, for its part, pretends not to belong to Taiwan, as an independent country, despite the fact that they sell it modern weapons systems, and from time to time high-ranking politicians make personal trips there, which are very similar to official visits. Obviously, it does not take much for this game of pretense to fail.

As noted, in recent years, Beijing (through its controlled media) has gone beyond – just – aggressive rhetoric against Taiwan. The idea of ​​war with the aim of capturing it is openly discussed. Commentators urged the Chinese military to shoot down the plane carrying Pelosi, while others urged Chinese fighter jets to reach the heart of Taiwan to force the island’s local government to raise their own planes and then shoot them down.

“The ball is on China’s side”

There is currently a perception among the public that President Xi wants China to gain control of Taiwan during his time in office so that he will be remembered as the leader who unified the “empire” again. He took the first step with Hong Kong and is now preparing for the next one. The only thing that softens the pressure in this regard is the fact that he made sure to stay in power for life. And so there’s no need to rush, notes the BBC, which concludes that now Pelosi’s move has moved “the ball into the Beijing court”:

“Every day we seem to be moving further away from the goal of achieving peace. Nationalism is a powerful tool, and after the visit of Pelosi, it seems to have stepped up. Now the ball is in the side of China. And he will have to decide whether to restrain himself or use an aggressive response, which could be detrimental to him.”

Here is a cartoon with the title “Fires of a similar nature” published by the website of the Al Mayadeen TV channel.

China was very critical of the current situation, and after this visit, it became even more distant from the United States.

The US once played a key role in keeping the peace between Taiwan under the Kuomintang and China under Mao Zedong. There is now a danger that both sides will embark on the dangerous path of confrontation. Since the relationship between the two countries located on both sides of the strait is very complex, let’s just consider one aspect – the so-called “median line” in the strait.
It is not as well known as the Air Defense Identification Zone (ADIZ), which is usually not internationally recognized but self-declared by the ruling state. Thus, the United States can violate China’s LAPD, while Beijing can violate Taiwan’s LAPD without any consequences. Such actions may be provocative, but not necessarily escalatory in the sense of leading to a potential military confrontation.

Quite another thing is the “median line”. Although it is also unofficial and has no status in international law, both parties observed it, at least until recently. With Beijing promising to respond strongly to any visit to Taiwan by US House Speaker Nancy Pelosi, we will likely hear more of this line in the coming days or weeks. Perhaps more Chinese military aircraft will cross the border and stay longer on the Taiwanese side as a show of strength and discontent.

Washington helped negotiate the line in 1954 after the end of the Korean War, which turned Mao’s military attention away from the Kuomintang and the invasion of Taiwan. In retrospect, today’s China might have been better off if Mao had continued to invade the island rather than commit himself to North Korea. This may well be one of the greatest “ifs” in history, but it is likely that with a united China and a united Korea, there would be far fewer hotbeds of tension in the Asia-Pacific region.

But in any case, the “median line” held for decades. However, in September 2020, Beijing openly abandoned this unofficial demarcation line. That month, dozens of Chinese military aircraft flew over it for two days in retaliation for visits by two cabinet ministers under the Donald Trump administration.
Yet, after that crisis, China had no desire to cross the line it no longer recognized. In June, however, Beijing announced that the Taiwan Strait was not “international waters.” It did so in response to the increasing frequency of US Navy ships passing through it. Since 2020, such provocations (at least that’s what China calls them) have been happening on average once a month. At least six passages have already been made this year. 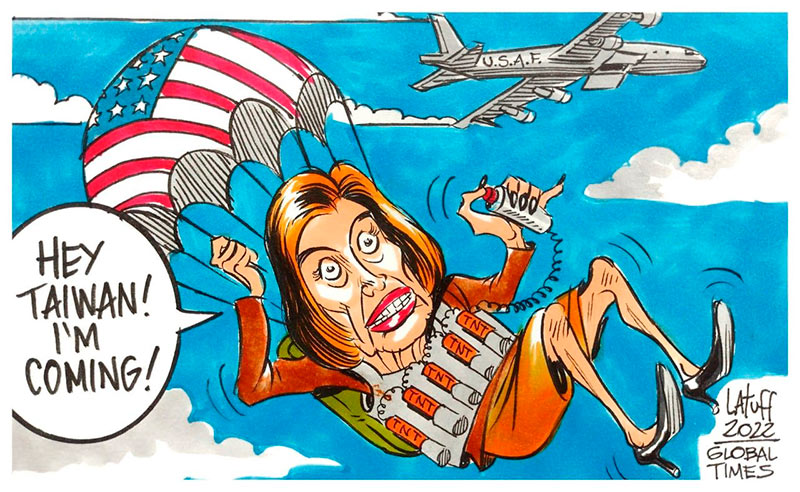 So what does escalation mean? Early last month, several PLA fighter jets crossed the “median line” on the Taiwanese side. Last week, perhaps in retaliation, a large number of American fighter jets violated the “median line” between Japan and China proposed by Tokyo. It is easy to see how a hotbed of tension located south of the East China Sea can easily spread to its north, escalating into a regional conflict.

China will gradually ignore Taiwan’s LAPD and even the “middle line” more and more, effectively turning them into non-existent ones. It will do the same with the island’s maritime exclusive economic zone and may even challenge its actual territorial waters, God forbid.
Well, I can’t understand how Pelosi’s publicity stunts and public relations help the security of Taiwan or the region, other than aggravate an already dangerous situation even more.

China’s response to the US provocation so far has been:

1. Condemnation at the diplomatic level.
2. Started military exercises with rocket firing, including missiles potentially capable of carrying nuclear warheads, but so far with non-nuclear warheads.
3. Partial blockade of the island by exercise zones. Until at least August 8th.
4. Requirements for airlines not to fly in Taiwan airspace.
5. Suspension of the $5 billion CATL battery plant project for 10,000 US jobs.
6. An embargo on the supply of natural sand to Taiwan (on the island it is used for the production of cement and glass).
8. Suspension of imports from Taiwan to China of two types of fish and citrus fruits.
9. Prohibit Chinese companies from cooperating with Taiwan Democracy Foundation and Taiwan International Foundation for International Cooperation and Development.
10. In general, it can be expected that China’s main response will be on the economic plane. But it is clear that current events have brought a future war over Taiwan closer.