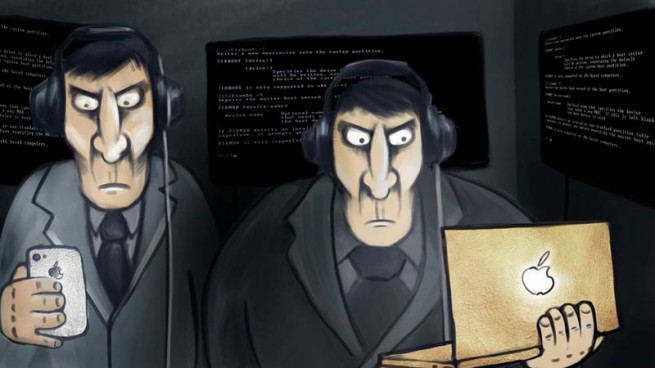 The Greek intelligence chief told a parliamentary committee that his agency was spying on the journalist, two people present said, coinciding with growing pressure on the government to shed light on the use of malware for surveillance.

A closed committee hearing last week was convened after the leader of the socialist opposition party, PASOK KINAL, filed a complaint with a higher prosecutor’s office. about trying to eavesdrop on his cell phone using surveillance software.

PASOK leader Nikos Androulakis filed the complaint amid growing concerns from European Union officials about spyware dealers and the use of surveillance software.

At the July 29 hearing, Panagiotis Kontoleon, head of the Ε.Υ.Π. informed the parliamentary institutions and the transparency committeethat his office was spying on Thanasis Koukakis, a financial journalist working for CNN in Greece, two MPs who attended the hearing told Reuters.

“They fully acknowledged surveillance,” one MP who attended the hearing told Reuters on Wednesday, declining to give his name because the meeting was closed. Contoleon also declined to comment when contacted by Reuters.

Government spokesman Yiannis Ikonomou told Reuters that the Greek authorities do not use spyware, allegedly used to hack Koukakis, and do not do business with the companies that sell it. “The government has nothing to hide and has called on the justice system to thoroughly investigate these cases,” he said. “While not going to the extreme of technophobia, such malware does pose a threat and needs to be dealt with effectively.”

Intelligence services in democracies are facing ongoing pressure for greater transparency, including from legislators seeking to prevent abuse and increase efficiency, public concerns about government surveillance, and in some countries the need for agencies to report their work to expand recruitment opportunities.

The need for secrecy

But the agencies say they must balance these demands with the need for secrecy, arguing that much of their work to keep their countries safe must remain classified to protect sources.

In April Greek prosecutor launched an investigation Koukakis’ claims that his smartphone was infected with surveillance software. Last year, when the Greek media reported on the allegation, the left-wing SYRIZA, Greece’s largest opposition party, asked for a parliamentary committee to be convened to look into the matter. The request was denied by the chairman of the committee. But after Androulakis filed his complaint with the prosecutor’s office at the end of July, SYRIZA and PASOK’s request for a committee was accepted and a hearing ensued.

SYRIZA has formally asked the Prime Minister to shed light on both cases, which it says involve the use of Predator surveillance software, citing serious challenges to democracy and citizens’ rights to privacy. Predator spyware can extract passwords, files, photos, and contacts, as well as activate your phone’s camera and microphone, allowing you to monitor nearby conversations.

At the hearing, the head of Ε.Υ.Π. Contoleon who obeys directly to the prime minister, noted that Ε.Υ.Π. does its job not only on the basis of its own information, but sometimes after tips or requests from foreign intelligence agencies, two sources said.

EU considers it unacceptable to use spyware against journalists

Koukakis, a journalist whose work has included investigating financial crimes, remains puzzled as to why he was bugged: “I’m surprised that the areas I cover as a reporter, economic policy and the banking system, can pose a threat to national security,” he told Reuters.

Koukakis is right, these issues are not within the competence of the state intelligence service, however, as mentioned above, the service reports to the prime minister, and if a journalist touches on issues related to bribes or illegal enrichment of officials in his investigation, then a situation may arise when the author of the investigation will go to finance the prime minister himself (as was the case in the Laggard Lists case) or his subordinates and friends. And in this case, to hide information, all means are good.

PS There will be no Greek Watergate. It won’t for many reasons. First of all, because the mentality of the Greeks does not consider electoral fraud to be something special, as well as the use of special services to spy on journalists or political opponents. Accordingly, do not expect waves of indignation and calls for resignation. The present government has discredited itself by far greater miscalculations. However, there will still be a reaction to this case in the European Commission and the European Parliament. And it is unlikely that it will be pleasant for Mitsotakis.