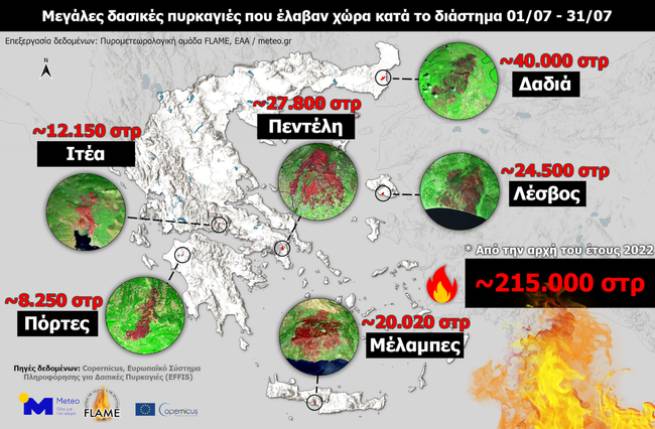 The total area of ​​land and forest land affected by the large forest fires that occurred in July this year in our country amounted to about 53,000 hectares.

In the first week of July alone, a total of 378 forest fires were registered across the country, fire brigade spokesman Yiannis Artopios said. Only sand one day (July 7) 41 forest fires broke out.

The data was collected and processed by the FLAME pyrometeorological team of the National Observatory of Athens (EAA)/meteo.gr and came from the European Forest Fire Observatory (EFFIS) and the European Union’s Copernicus Rapid Mapping Service.

The representative of the fire department noted that given the prevailing high temperatures, increased wind strength, as well as low relative humidity, conditions for the outbreak and rapid spread of forest fires were favorable.