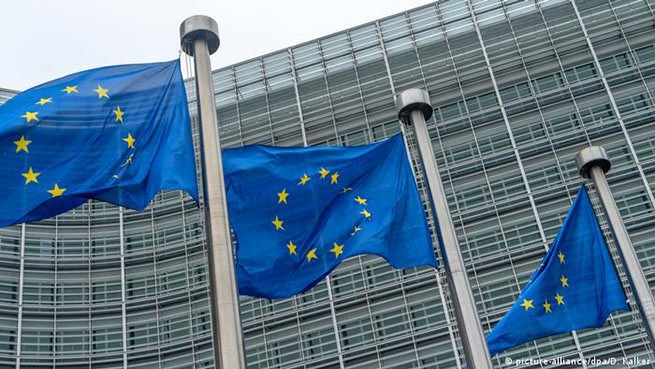 “The United States will definitely bear the responsibility and pay the price for undermining China’s sovereignty and security interests,” Chinese Foreign Ministry spokeswoman Hua Chunying said. The US is taking provocative actions that could escalate tensions across the Taiwan Strait, she said today.

#China threatens that the #US will be held responsible for the consequences of #Pelosi‘s visit to #Taiwan. https://t.co/nxx3oUS9M4

A spokeswoman for Chinese diplomacy also said that Beijing is in talks with Washington over a possible visit by Speaker of the House of Representatives Nancy Pelosi to Taiwan.

However, US national security adviser John Kirby said that the US supports the “one China” policy and this has not changed: “we do not support Taiwanese independence.”

The US chooses the longest route for Pelosi.

白宫：美国政府的“一中政策”没有改变，“我们不支持’台独’”。
John Kirby, strategic communication coordinator of the #whitehouse National Security Council: The #US government’s “one-China policy” has not changed, “we do not support’ #Taiwan independence. ‘”.#ChinaTaiwan#Pelosi https://t.co/c7Loc0rQju

The plane that carried Speaker of the US House of Representatives Pelosi to Malaysia just took off, 30 minutes ago, from Kuala Lumpur. According to current reports, the next stop is Taiwan. But looking at the airborne radar, do you want to make a stop in Indonesia first?

Isn’t the House of Representatives part of the US govt? Or does the US have more than one govt? The visit of its no. 3 leader to Taiwan by military plane could be taken as unofficial? As long as it is still called the United States of America… pic.twitter.com/jycAI28CTr

Of course, she will not do this on her own, but because the democratic system of government decided so, which prefers to risk the security of the planet in order to maintain US global hegemony.

Many in the US are wondering if it is wise for Americans to try to provoke two fronts with the other two superpowers, Russia and China.

The answer is no, American forces are not enough to face both of them together, even if they have the whole of NATO behind them. Apparently, some people in the US want an absolute division of the planet into two blocks, East and West, while maintaining American dominance in the Western camp.

The US Air Force plane carrying the Speaker of the House of Representatives in Malaysia took off from Kuala Lumpur, Flightradar24 reports. However, it has not yet been confirmed that Nancy Pelosi will be on the plane.

“The military will not sit idly by…” they say Chinese officials.

American officials often visit Taiwan to show support, but Nancy Pelosi is third in the US political leadership.

Therefore, if Pelosi visits Taiwan, it is, in fact, official recognition of the island as an independent state by the United States.

Because it will bury China’s ambitions to become the new financial hegemon. And it will destroy his global trading empire, which without markets EU and the US will turn “into a pumpkin.” China rests on hands and feet. China does not want to fight, it does not want any military alliances. He had very different plans. Well, who’s going to ask him?

Apparently, Beijing, like Russia, also has no way out, and it will also have to put everything at stake. Biden is in a hurry to bury his competitors before they have yet entered full strength and before America has lost its power.

The European Commission said that they are preparing unprecedented sanctions against China, in case it launches a military operation against Taiwan.

Great move guys. You have already destroyed your energy sector, and now you want to impose sanctions on the world’s main factory, which produces literally everything that is used in Europe – from electronics to the same medical muzzles that were so in demand until recently.
If China, in response, cuts off deliveries to Europe for at least a few commodity items, the consequences are hard to imagine, given how many European production facilities have been transferred to China. It is possible, for example, to block the supply of components for the European car industry and all these BMWs, Mercedes, Citroens, Renault and Peugeots will simply stop. And there will be nothing to replace these components for a very long time, since production will have to be created from scratch. This is literally millions of lost jobs and losses that are hard to imagine. This is not even a recession, but a real economic disaster, in comparison with which the Great Depression will seem like a child’s cold.

It seems that some kind of suicide club is now in charge of European politics.