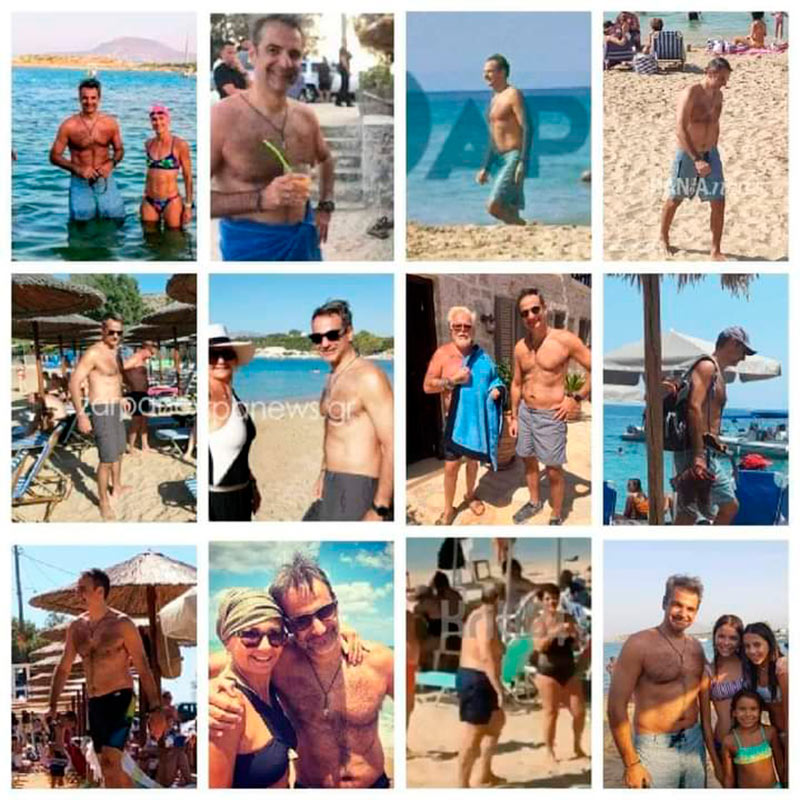 Prime Minister Kyriakos Mitsotakis called “firefighters in lounge chairs” those who criticize the government over the wildfires that have occurred over the past two weeks.

The prime minister’s statement provoked outrage on social media and a sharp reaction from the communist party KKE and the main opposition party SYRIZA.

Speaking at the start of Thursday’s cabinet meeting, Mitsotakis called all those who chose to be in opposition during this period “chaise lounge firefighters” – apparently referring to the main opposition party, SYRIZA, and in one go, thousands of angry citizens who see how their houses, animals, olive groves and beehives burn down, how forests and wildlife perish in the fire.

In his speech, which was broadcast live, deeply annoyed by criticism of the government’s fire management, Prime Minister Mitsotakis asked for “a little more respect for all those who selflessly fight phenomena beyond human capabilities.”

He spoke of “outrage at those specific comments that are criticized from afar”, adding that “these comments are a deep insult, not to the political leadership, but to firefighters, volunteers and all those who have not slept at night.”

One gets the feeling that Prime Minister Mitsotakis has misunderstood the criticism, but don’t make an idiot out of him. He will simply try to switch the arrows and hide behind the firefighters, trying to make idiots of the disgruntled population of the country.

Shortly after the unsuccessful attempt by the prime minister, the fire of criticism spilled over into the Internet and social networks. The Greeks reminded him that he had done absolutely nothing to strengthen the fire brigades over the past two years, accusing him of hiding behind firefighters who had been helpless for a long time in order to protect his government from criticism.

“It’s interesting that those who would have evacuated Mati in 20 minutes are now talking about firemen on sun loungers. Meanwhile, they are not on sun loungers in places for happy travelers. That is, where there is no fire.”

“The guy who knows the best about sun loungers was talking about firefighters in sun loungers,” said

” target=”_blank” rel=”noopener noreferrer”>@efthymisand here and there posting a collage of the prime minister on Greek beaches.

True, the prime minister and related media no longer publish “happy traveler prime minister’s fun moments” after social criticism, especially during the quarantine due to the coronavirus. However, people remembered all this.

“Firemen on deck chairs” we were called by the prime minister, lying on a deck chair all year round!

“In a unique forest dadiawhere the fire has been blazing for the 8th day, in Lesbos, in Elijah, Messinia, East Attica and other places, your government’s assurances about the so-called “readiness and adequacy of the state mechanism have turned into dust,” Koutsoumbas said.

He added that “what we live every year is an eternal prescribed crime that bears the signatures of all those who have run the country, because no government had a comprehensive fire protection plan with an emphasis on prevention, and also because that all of you have stepped up the commercialization of land.”

He accused the ND government of having allocated only 1.7 million euros for all of Greece, out of the 17.7 million euros requested by the forest authorities across the country for firefighting projects, “in other words, even less than last year” . At the same time, he said, “the number of justifications about extreme weather events and the climate crisis has increased, as well as an order of magnitude increase in the amounts allocated supposedly to prevent global warming, which go nowhere.”

“The Prime Minister not only did not learn any lessons from last year’s devastating fires that burned 1.3 million acres, but this year, as a huge environmental disaster strikes again, he has the audacity to point the finger at critics,” SYRIZA said in a statement. .

“He has the audacity to criticize the opposition, emphasizing its inadequacy, when quite recently they themselves declared that they were ready to fight the fires.”

SYRIZA notes that “the prime minister is trying to shrug off responsibility for this year’s disaster.”

The statement also stressed that “once again, Mitsotakis’ firefighting doctrine is going full steam ahead: the fire will go out on its own at some point, and then government officials will appear to take selfies in the burnt areas and hand out congratulations to themselves.” . 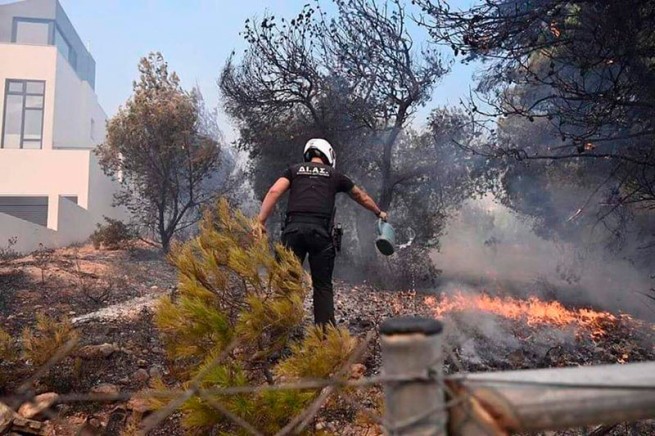 SYRIZA is referring to the Citizens Protection Minister, who congratulated himself for coordinating action during the fire on Penteli Mountain, where more than 20,000 acres of land and several homes and businesses burned, and his employees fought the fire from garden watering cans on camera.