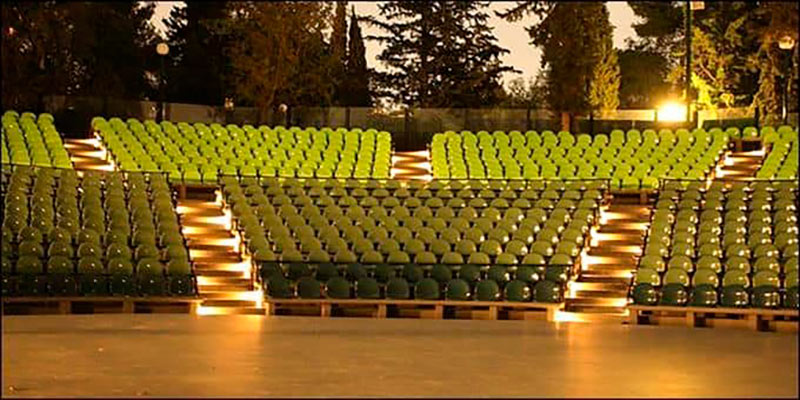 The colorful and cheerful performance “Don Quixote”, based on the difficult and not entirely childish work of Miguel de Cervantos, under the direction of director Dimitris Adamis and the theater group Magic Yuly (Μαγικές Σβούρες) turned a serious work into a fairy tale about the wonderful world of dreamers and cute fighters for the ideals of justice, as well as how kind relatives and friends together rescue Don Quixote, who has been torn away from reality, and return him to earth.

Excellent acting work, various costumes of Spain of the 17th century and scenery, good musical arrangement – all this is worthy of the attention of the audience.

The performance takes children and their parents to a Spanish family of the 17th century, where the head of the family, already elderly, read books about heroes and knights, and believed that he wants and is ready to become a real knight, and must go on a long journey in order to change this world for the better. He rejects the comfortable but aimless life of an aristocrat and leaves his house in the company of his gardener, whom he has made his squire and friend, promising him an island to manage at the end of their campaign. The culmination of the production is that after a long adventure, Don Quixote is returned home by his loving family friends. A little recovered and repentant of his stupid behavior, Don Quixote finds peace in the circle of his family and friends. To console him and to teach us all, they sing that we are all a bit of Don Quixote, and how wonderful it is to dream and fight for the betterment of this world.

Such an ending is quite explainable by the fact that this is a performance for children and it should be ended on a good positive note, but it is noticeably devoid of logic. If being a little Don Quixote is wonderful, then why did it take 2.5 hours to save your slightly mad relative and return him back to his reality, devoid of high meaning?

The performance is in full swing at various venues in the country and is popular. His production on the stage of the Papagu city theater was framed by the splendor of a warm summer evening and this wonderful corner of the city.

The start of the children’s performance at 9:00 pm, but in fact after 9:30, is too late not only for younger students, but also for their parents. Cervantes’ deep adult thoughts about human stupidity, thickly seasoned with typical Greek humor, typical family relationships and “pink horses” at the end, do not make him more accessible to children at this late hour. Much clearer jokes sounding from the stage. Even if the children did not fall asleep in the second part of the performance, approaching midnight, the action requires clarification from the parents.

“Please listen to your children,” director Dimitris Adamis ambiguously commands as he leaves the stage.