After February 24, the German government found itself literally between a rock and a hard place, or more precisely, between the desire of the Americans impose as severe sanctions on Russia as possible one side and tangible costs for their own economy from “gas war” with another.

The problem is that the actions of the Americans against Nord Stream 2 and the constant pressure on Germany are causing enormous damage to its economy and, in the end, can have the opposite effect – destroy the remnants of European solidarity in the position on Ukraine and in the sanctions. At the same time, to destroy the European economy.

Objectively, different countries pay different prices for their participation in this crisis. From Western countries It is Germany that pays the most, by losing access to cheap hydrocarbons from Russia. Another US President Donald Trump called the Germanshostages» Russia because of the alleged energy dependence on Moscow. But after all … what prevented Germany even under the ex-Chancellor of Germany Angela Merkel seriously diversify supplies by replacing Russian gas with, say, Qatari. The answer is simple: price. Russian pipeline gas is the cheapest gas in the world.

There are many reasons for the current situation, and let’s be honest: many of them have nothing to do with Ukraine. Now Europe buys gas from Russia at spot prices, that is, the price can change at any given time. There is a lot of gas on the market – the price falls, little gas – the price rises. Before EU bought gas under long-term contracts – once agreed, the parties received gas at a fixed price for a long time. It turned out such a kind of gas hedge, when both the buyer and the seller fixed the price. The EU decided that this situation is unfair and non-market and decided to make the situation more “honest“. As a result, gas prices in Europe soared by 600%, provoking at the end of 2021 the gas crisis in the EU. By the way, The United States actively welcomed the transition to “competitive» spot market, while Gazprom, on the contrary, really did not want to switch to the spot market.

As a result, in December 2021, before the events in Ukraine, the price of gas rose to incredible 2.2 thousand dollars per thousand cubic meters. Another reason was the passion for renewable energy sources. No, in Germany everything is fine with it, and a couple of years ago a record was even set: more than half of the country’s energy generation was related to renewable energy. But it is unstable: on the worst days, it “falls” to a value of less than ten%.

Gas prices in Europe according to the Dutch platform TTF

But the problem is not only in gas. Wholesale prices in Germany have already risen in annual terms by 21.2% with annual inflation as of July of order 7.6% year by year. Germany has already recorded a foreign trade deficit of about 1 billion euros for the first time since 1991 despite the fact that the last 10 years the positive balance was approximately 17 billion monthly, that is, about 200 billion a year. As a result, the losses for the German economy simply from changes in foreign trade can be estimated at about 5% GDP. It is clear that some of them will be compensated, but the fact itself. Estimated inflation in EU order 8.6% year on year, and this is an absolute record since its inception.

Now let’s ask a question: What are the Europeans paying for? For the salvation of Ukraine? Sorry but no: if Europe wants to really hurt Russia, it should just stop buying gas. Until then, any restrictions are meaningless: Russia’s income from gas exports even increased (!) due to the huge spot price. In fact, European exports have even compensated for Russia’s need to sell oil to China at a deep discount.

And most importantly – all other restrictions against Russia will only work in the long term. Yes, inflation will rise in the Russian Federation, GDP and living standards will fall. But, firstly, it will happen gradually, and secondly, what will it cost? And here we come to the main question: Are sanctions against Russia effective right now? Notare not effective: often “in the moment” the huge economies of the EU lose even more. Then another question arises: let’s be honest, why were they introduced?

And here we come to what we talked about at the beginning of the article. There is only one state that does not benefit from a strong Europe at all. Who needs a weak, politically and economically dependent Europe. And this is not Russia at all. This is USA. No, really, I wouldn’t be surprised if in a couple of months we see some American subsidies to buy our own American gas: “you refused to buy it from Russia 300 dollars per thousand cubic meters, now you will buy it from us for 1500but so be it, we understand your situation and will sell it to you at 1200 dollars“. 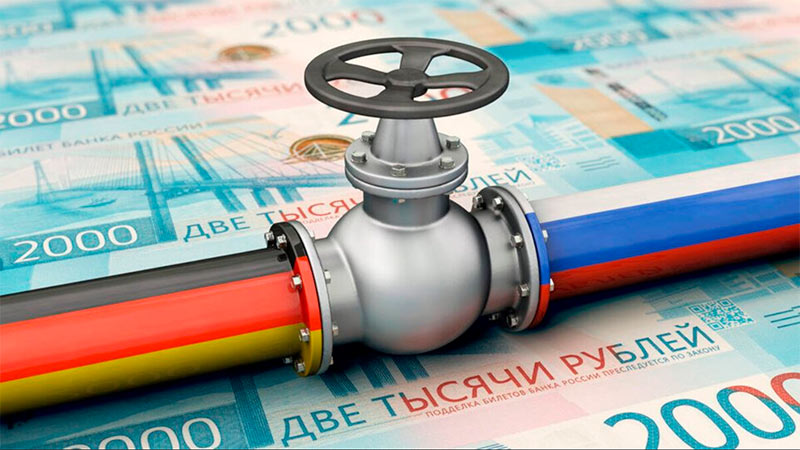 The European capital market with its negative rates has already lost to the American. Now it is the turn of European industry. Once again, America doesn’t need an ally America needs a loyal servant. And the sanctions against Russia, which deal a colossal blow to the American economy, are a sure way to the position of a servant of the main world power of our time.