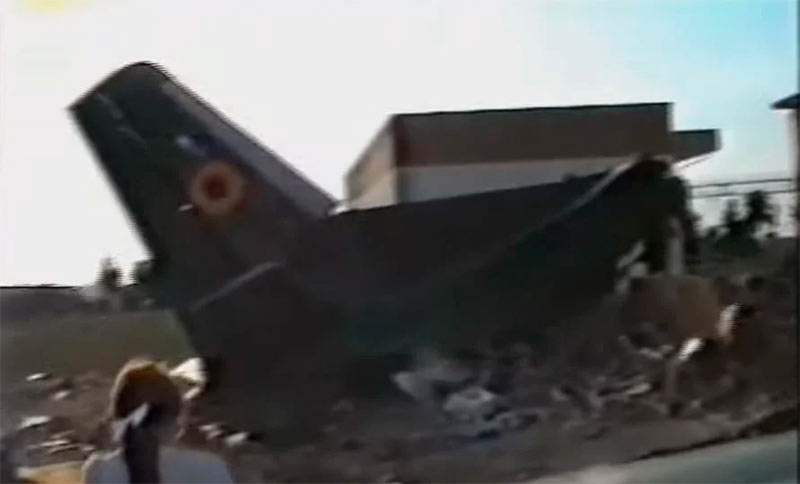 Airplane tragedyAn-12“, catastrophe in the fields near Kavala, reminded of two plane crashes of Ukrainian planes that shook all of Greece in the late 90s of the last century.

On August 31, 1995, an AN-26 military aircraft crashed near Thessaloniki, killing all six passengers – four high-ranking officers of the Republic of Mali and two pilots who flew to Kyiv to receive the aircraft.

A military aircraft en route from Kyiv to Tunisia, shortly before touching down, crashed into the power lines of the checkpoint, as a result of which it and six passengers were struck by a high voltage current. The uncontrolled plane flew about 300 meters on a crazy course, where it first crashed into the wall of the Agrochemical Residues Control Laboratory building, and then its front part was literally dented into the wall of the building.

At the time of the accident, there were bad weather conditions, heavy rain, and the pilot of the aircraft, when he realized that he was not on the runway, but on E.O. Thessaloniki-Mudania, along which dozens of cars are moving, chose to land in the fields at the last moment. It was pouring rain at this time and visibility was poor.

At the scene of the tragedy, the picture was nightmarish. On the ground and at a distance of 300 meters were scattered sheets of metal, parts of the wings of the aircraft, documents, books, as well as personal belongings of the six victims. Many banknotes were also found.

The plane turned into a shapeless mass. All passengers died: Dakite Breima, 43, Sawatogo Namadu, 39, Sagare Yaya, 49, Toure Kalilu-Tagaporia, 40, Koulibaly Pumbakar, 47, and Diarra-Dime Christophe, 44. Four of the six were senior officers of the Air Force of the Republic of Mali, and the other two were pilots.

Conversation with the control tower

The last conversation between the pilot and the control room took place a few minutes before the plane crashed:

PILOT: We’re asking you to come down due to a fuel problem.

TOWER: Give me position and height.

TOWER: Radar no. Give me position and height.

PILOT: This is my first time in Thessaloniki. I have no fuel.

TOWER: Turn left, turn left. You are going straight to the mountain.

At this, the conversation between the pilot and the control center of the airport “Macedonia” was interrupted. 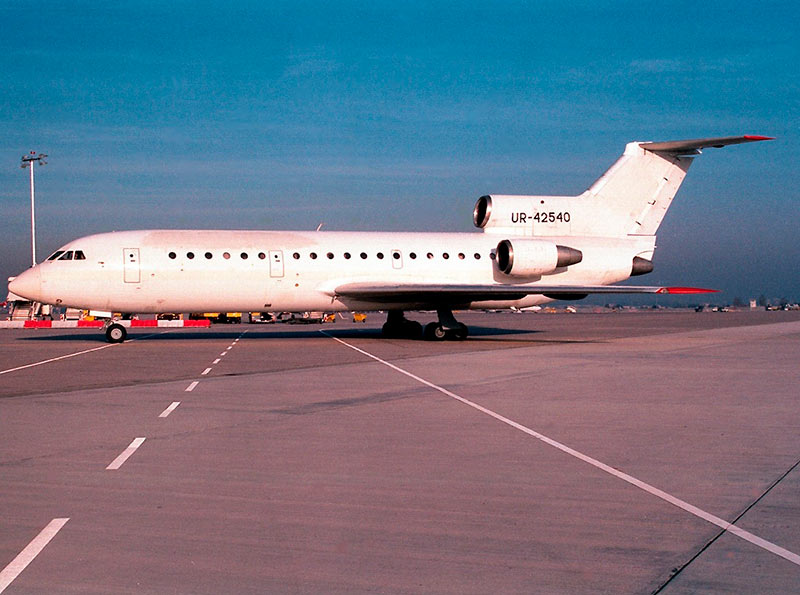 Two years later, a passenger Yak crashed in the mountains of Pieria (12/17/1997), which was to go down in history as the greatest aviation tragedy in northern Greece.

The Yak-42 aircraft of the Aerosvit airline, which took off from Odessa and was heading to Thessaloniki, lost contact with the control tower of the Macedonia airport and crashed in the Ditsios de Pieria forest at an altitude of 1200 meters.

70 people – the crew and passengers, including 34 Greeks, most of them from Kozani, who worked for a construction company in Ukraine and returned to their homeland for Christmas – met a tragic death, while intensive efforts were required to find the scene. The plane was searched for three days in the difficult terrain of Pieria, under bad weather conditions with snow and fog.

… The crew flew absolutely sure that the controller was observing the aircraft on the radar (the specialized collections of Jeppesen contained information about the presence of a radar complex at the airport “Macedonia” – a landing radar. As it turned out, the information was unreliable). But the crew, unaware of his absence, completely trusted the landing controller…

Before entering the second round, the radio sounded: “You have passed over airport”. The controller gave the plane a seat, as if he saw it. The aircraft made a go-around, at which point the controller changed the go-around route. Although only the one who sees the aircraft has the right to give such a command. At this time, an Air Greece aircraft flew up to the Thessaloniki airfield, and its pilot asked the air traffic control service for permission to stay in the southern zone at flight level 140, “until AEW-241, with God’s help, does not land …”.

But the crew could not follow the rest of the aircraft, because during the stay on the radio, the Greek controller used the phraseology of the radio exchange, which did not correspond to the instructions, and the crew, during the descent and landing approach, was unable to monitor the location of other aircraft. According to Leontiy Zagreva, the commander of the Lviv State Aviation Enterprise Lviv Airlines, which owned the aircraft, these facts are evidenced by the black box data. Meanwhile, with every second, the land, hidden by thick fog, was approaching…

The crew members believed they were under the control of the airport controller. In that situation, apparently, they were not able to independently determine the exact location of the aircraft. When the Thessaloniki controller changed the command, the commander was surprised. He began to gain altitude and went into the right roll – towards the driving radio station. And he said: “I don’t understand, we are heading 210, and the drive is from behind. Ask for guidance.” And the navigator asked the dispatcher to give “vectoring”, that is, radar guidance, but no one provided this navigational assistance to the crew. Three minutes before landing, the controller reported that no landing radar… There was a military dispatcher at the airport who had a landing radar system, but he did not provide assistance to the Ukrainian pilots. Then the crew of the Yak-42 independently attempted to avoid a collision with the ground – they went into a climb … But there was neither a margin of time, nor the necessary margin of height – only three minutes remained. They weren’t enough… 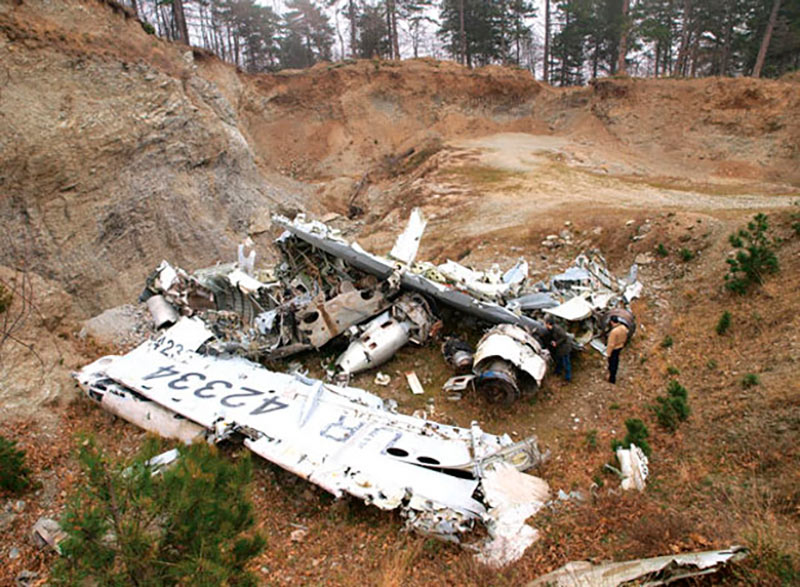 According to the “black box”, this is how the last moments of the flight passed, says the director of the Lviv State Aviation Enterprise L. Zagreva. According to the version of the Greek commission investigating the causes of the tragedy near Thessaloniki, the fault is allegedly the lack of professionalism of Ukrainian pilots. Articles appeared in the Greek press stating that the Ukrainian crew did not understand the controller’s commands given in English… The Greeks sent their findings to ICAO, an international aviation organization, which will soon publish them.

Long search with another plane crash

The search party was formed immediately after the disappearance of the aircraft. However, the search was seriously hampered by the weather. Also during the search, a C-130 of the Greek Air Force crashed, killing the crew of 5 people. Only on December 20, the wreckage of the Yak-42 was discovered, and not a single survivor was found. All 70 people on board were killed. Among the dead was the mother of the wife of a famous football player. Oleg Protasov.