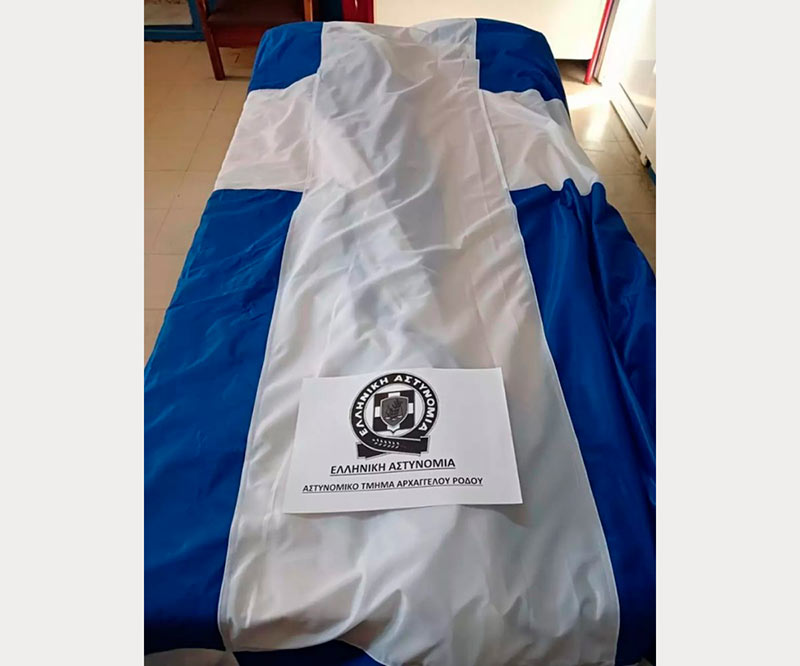 Three Dutch tourists stole a large Greek flag from a castle mast and wrote anti-Greek slogans on the flagpole. They were arrested by the authorities of the island of Rhodes.

Three Dutch men in their 20s told authorities they were drunk and didn’t know what they were doing. However, the way they acted shows that they had a plan and were trying not to be seen, according to a local newspaper. dimokratiki.gr.

According to Rhodes police, young people cut the flag from the ropes with a kitchen knife and painted anti-Greek slogans on the flagpole. They then took the flag to their hotel room, where they hid it in a closet.

The tourists were identified using CCTV cameras and then tracked down without any problems.

After the hooligans were detained, the Greek flag was found and returned to its place.

Three Dutch tourists were arrested on Friday afternoon, the day after the incident, and charged with insulting the national symbol and theft.

The three defendants confessed to what they are credited with, claiming to have been under the influence of alcohol. They had fun as they were in Faliraki and got back to Haraki around 05.30 and decided to take the flag together!

They went into the room, took a bread knife, climbed the fortress and took down the flag, cutting the ropes with a knife, and then took it to their room and hid it in the closet. They also said that they were not going to take him to Holland with them and they did it as a joke because they were drunk.

According to dimokratiki.gr, they stated that they did not want to insult the symbol of Greece or violate any law, and that when they woke up the next day they realized that they had done something stupid, but did not know how to return the flag.

The criminals were released at 20:30 on Friday by oral order of the prosecutor’s office.

Greek flag size 2.8 m2 again raised above the ruins of the medieval fortress “Theraklos” or “Castle Faraklenon”, which is located at an altitude of 85 meters above Haraki on the east coast of the island of Rhodes.

The flag was hoisted symbolically, at the initiative of local singer Giorgos Yiannias, last Tuesday.