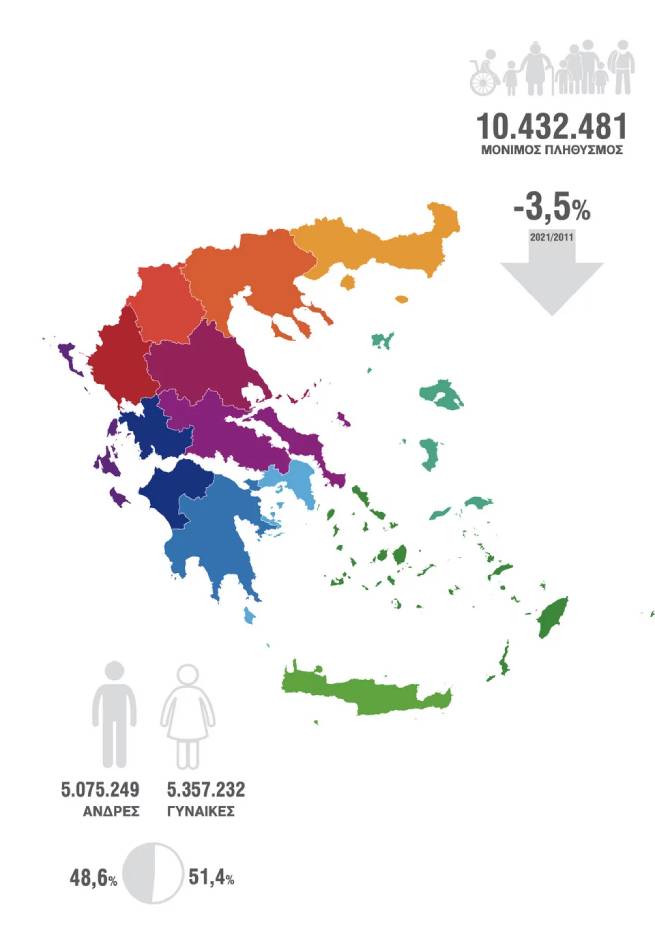 ΕΛΣΤΑΤ published data from the 2021 census. As it turned out, over the past ten years there has been a reduction of 383,805 inhabitants.

However, data on region with population growthas well as by region with the largest reduction.

The only region to record population growth in the 2021 census is the South Aegean. 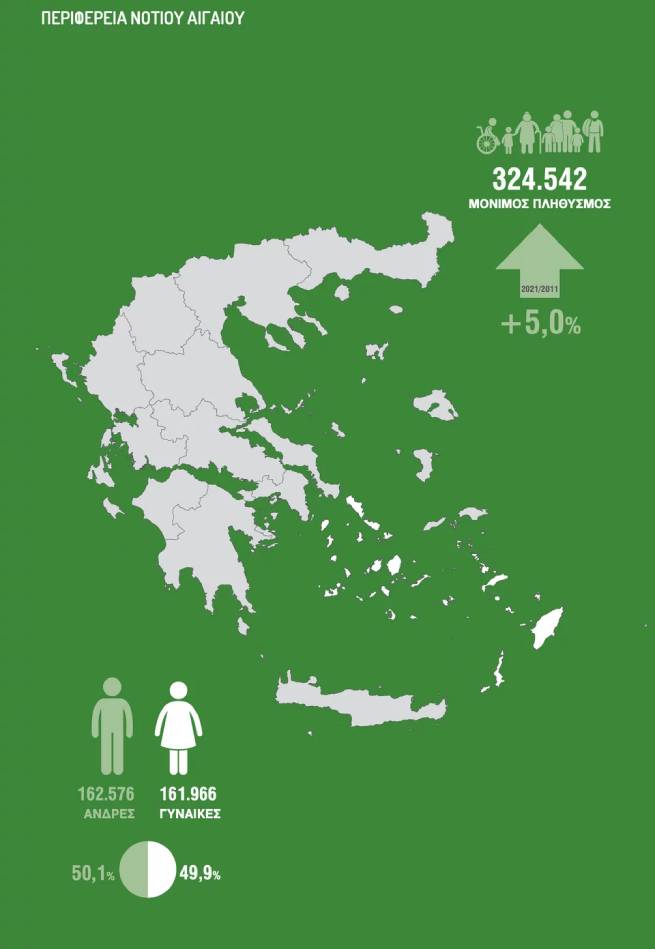 It should be noted that out of 13 regions of the country, in 12 we experienced a drop in population, and in one, South Aegean, there was an increase. In particular, from 309,000 inhabitants earlier, 324,000 were now registered here. 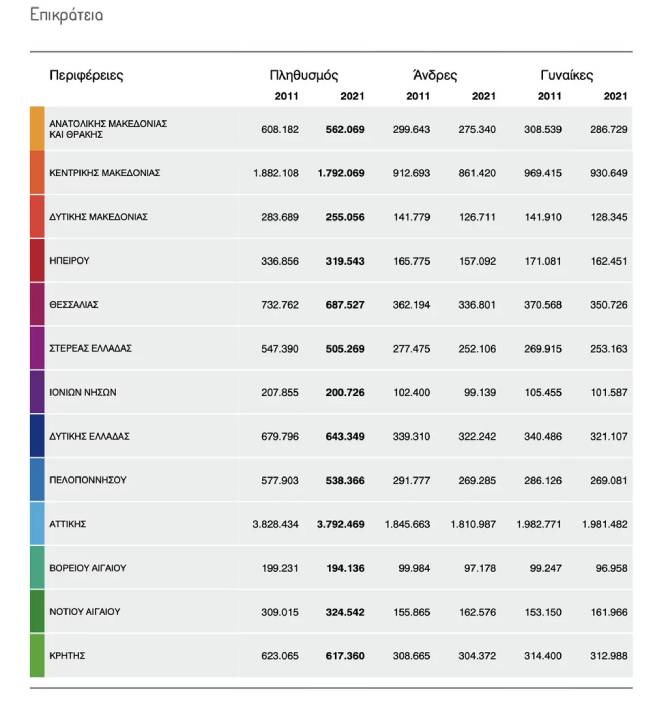 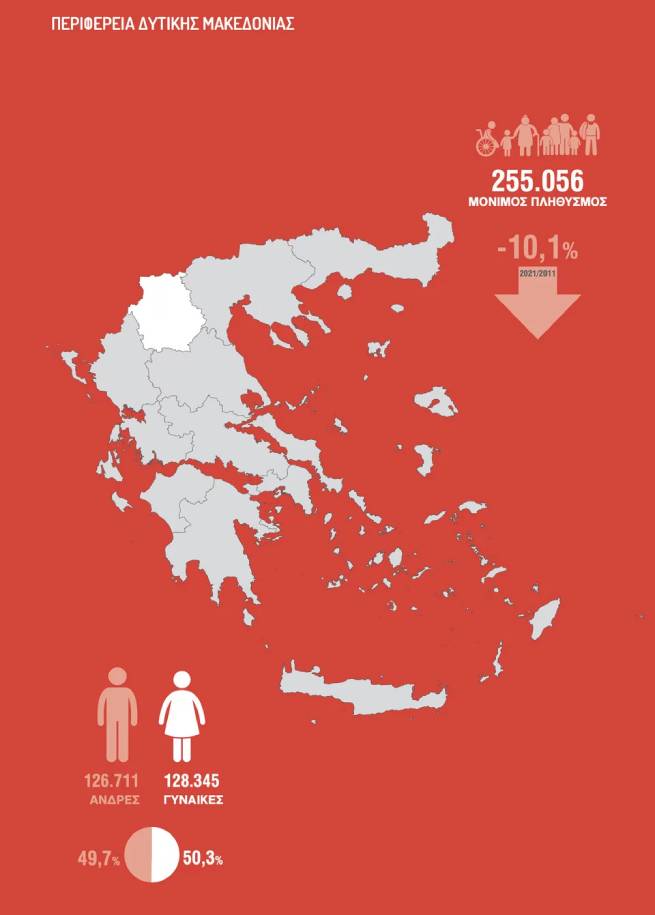