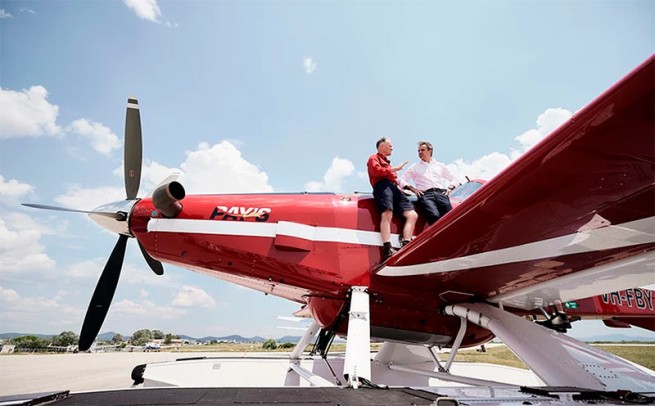 At a time when a powerful fire literally burns out Pendeli, firefighters will be waiting for the arrival of Canadair planes, which will arrive from Thessaloniki only tomorrow to put out the fire, because the “super planes” Air-tractor cannot fly because of the wind.

This is if the country, buying fire extinguishers, had to agree that it would put out the fire only if there was no wind!

As we wrote earlier, critically evaluating the acquisition of this aircraft model, in the publication Air Tractors, “fire” aircraft? He won’t put out “even the grill”this model of the aircraft is designed for processing fields and is not very suitable for extinguishing fires in Greece, while this aircraft carries only half of the water that raises the CL-415 Canadair and is several times smaller than the BE-200, silent about the IL-76.

Near the fire in Penteli strong wind blows, the fire department says so Air-tractor can’t work. Thus, the entire load fell on the two Canadairs, which are based in Elefsina, and two more tomorrow morning will arrive from Thessaloniki.

Helicopters continue to operate in these conditions while they are reinforced by helicopters from other regions.

As mentioned earlier, Greece has acquired 15 Air Tractors (11 amphibious with floats and 4 with wheels), with which the government decided to strengthen the fleet when planning the firefighting season this year.

the first check by “battle”, showed the low suitability of this model for the conditions of Greecewhich experts warned about even before the acquisition of this model.

Air-tractor, can perfectly spray fertilizers, water fields, but as a fire helicopter, it is of little use. All experts knew about it, but someone attached their products contrary to their opinion.

The main question remains, “by what procedures did the government decide to purchase the aircraft and who is behind it.”