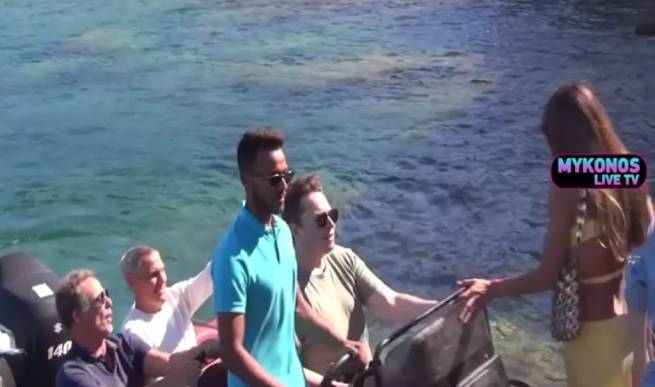 These days, Elon Musk is resting in Mykonos, who did not miss the opportunity to visit Delos, renting a very “cool” yacht for this.

According to Alphathe cost of renting a yacht is 5 million euros, which is naturally reflected in the sheer luxury of the interior of the “floating palace”.

Speaking about the billionaire, yacht owner Costas Fakinos said that Musk “was dressed very simply, he didn’t even have a watch. At the same time, the entire company, having disembarked on Delos, left their mobile phones on the yacht.”

According to Mr. Fakinosa, he was impressed that all of them were not “sitting on their phones”, as is now customary (including other celebrities), but talking to each other and enjoying a walk on the sea.

According to mykonoslive.tv, Musk was very gracious to those who came into contact with him. On board a luxury yacht, he tasted (and praised) the gourmet meals prepared for him by the chef. He gave special preference to fresh fish, shrimps and squids.

According to local sources, the SpaceX CEO was accompanied by friends and many bodyguards. Even though it’s all the same the paparazzi “spotted” his arrival on the island of the Winds.

The men included Sarah Staudinger, a fashion designer, who was accompanied by her new husband, Endeavor CEO Ari Emanuel, according to the Daily Mail.

Sarah Staudinger was dressed in a yellow bikini and a fashionable solid color pareo that perfectly showed off her toned abs. The style icon complemented her “frivolous” summer look with a branded beach bag.