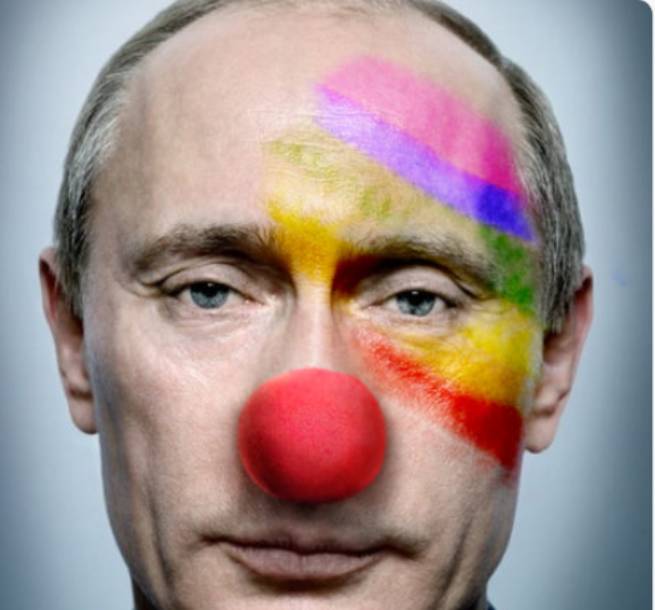 The Russian Embassy in Switzerland threatens to initiate a criminal case against the Neue Zürcher Zeitung, the diplomatic mission is outraged by the image of the Russian president “with references to clowning and the LGBT community.”

Embassy of the Russian Federation, as reported yesterday “New newspaper. Europe”, published an outraged letter addressed to the editor-in-chief of the Swiss newspaper Neue Zürcher Zeitung. Diplomats expressed “extreme indignation” at the publication of the caricature of Vladimir Putin and threatened to contact Swiss law enforcement agencies.

The embassy said that the caricature of the Russian leader “with references to clowning, the LGBT community and war criminals” is “beyond reasonable understanding.” The leader of the Russian Federation in the published picture is depicted with rainbow colors on his face and a clown nose. In the same publication, the leader of Ukraine is depicted as Captain America.

The Embassy of the Russian Federation says:

“We reserve the right, in connection with this and possible future publications of a libelous and offensive nature in relation to the highest officials of Russia in your publication, to apply to the Swiss law enforcement agencies, incl. in connection with the violation of the provisions of Art. 173 and 174 of the Swiss Criminal Code (dissemination of information discrediting the honor and dignity of third parties, as well as slander)”.

This scandal arose on June 25, after an article by journalist Marit Langschwager published in the Neue Zürcher Zeitung newspaper. We are talking about memes on the theme of the war between Russia and Ukraine. To date, there is no editorial commentary.