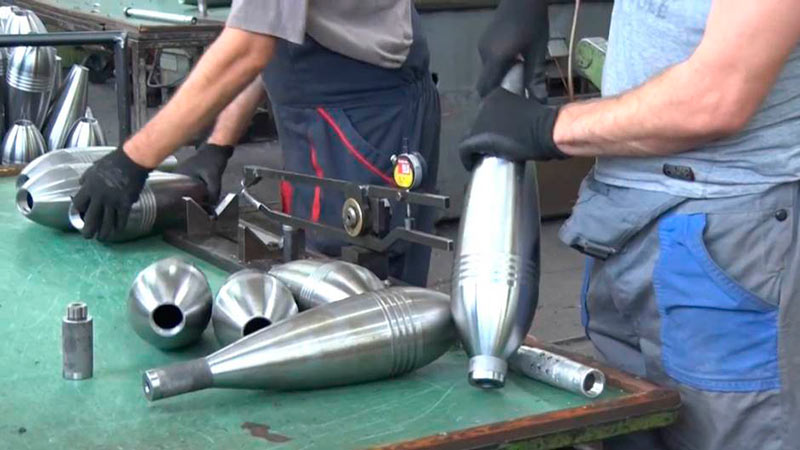 Serbian Defense Minister Nebojsa Stefanovic made a statement about the cargo of the plane that crashed on Saturday night in Kavala, saying that “weapons did not go to Ukraine”, despite the Ukrainian crew and the origin of the plane, but to … Bangladesh.

In Greek edition Pronews we are sure that this information serves to blur the eyes and offer to consider the situation more carefully. According to the publication, Serbia uses Bangladesh, Thailand and other countries of the Far East as transshipment points for the transfer of weapons to Ukraine, so as not to be noticed by Russia.

Serbia systematically sells weapons to Ukraine in order to “keep a balance with the United States and EU”, who (very) urged to sell weapons to Ukraine as well. Russia knows this, of course, but closes its eyes: the survival of its only ally in Europe is more important to it.

Let’s start at the beginning and above all why Serbian Defense Minister Nebojsa Stefanovic did not find it necessary to “refute” yesterday’s report that a Ukrainian transport plane with a Ukrainian crew was transporting weapons to … Bangladesh, as we learned yesterday.

“He transported about 11.5 tons of our exclusive industry to the final consumer in Bangladesh. Therefore, the end customer is the Ministry of Defense of Bangladesh, – declared Mr Stefanovich. He then explained that the cargo belonged to the private company “Valir” from Serbia, while denying that it was transported to Ukraine, and without explaining why the flight plan was through … Kavala.

In this case, a legitimate question arises: why did they land at Chrysoupolis (Kavala) airport, which is used by NATO, if not to load Greek weapons on board as well?

“There was an assumption that weapons were being smuggled from Serbia to Ukraine on this flight, but this, of course, is not the case. We already had such information, but then it turned out that it was not true,” the Serbian Defense Minister stressed.

Mr. Stefanovich stated that the Meridian company from Ukraine was simply the owner of the aircraft, and as for the type of ammunition, he stated that it was mines, mortars and training mines. However, the Serbian newspaper Politika claimsthat the American airline actually owned the plane, although the registration was Ukrainian.

Photo of a Serbian plant producing mortar shells for Ukraine. The factory is located in the city of Krusik. As the Americans say, “nothing personal, just business.”

At the same time, the Bangladeshi army from Serbian weapons uses only the new Yugoslav 155 mm NORA cannon (54 pieces), which is also in service with the National Guard of Cyprus, and it would be advisable to send 155 mm ammunition to this country. However, for some reason, “mines and mortars” — the ammunition most often used in the Ukrainian-Russian war — as well as rockets, ended up on board the aircraft.

And how many Ukrainian planes flying to Bangladesh with a cargo of Serbian weapons fly over Kavala?

The truth is that it would have been quite difficult for a Ukrainian transport aircraft that crashed in Greece, with a crew of eight Ukrainians and 11.5 tons of Serbian weapons, to deliver its cargo to … Bangladesh, unless it was going somewhere … where something else.

Coincidentally, Ukraine’s Consul General in Thessaloniki, Vadym Sablyuk, recently visited the site where the plane crashed last night and was informed by local authorities of the investigations still ongoing in the Kavala area. Ukrainian diplomat informed authorities on the identity of the 8-man crew of the plane and emphasized that Bangladesh was the final destination in order to hastily close the case.

It is noteworthy that the Ukrainian side states that this “company also cooperates with NATO, and the aircraft often performs flights for this military bloc.” At the same time, it also turns out that a particular plane of the Ukrainian company was constantly loading weapons from Serbia and Bulgaria, and took them to Poland, from where, of course, they were transported to Ukraine!

The #Antonov An-12BK, which crashed yesterday evening in #Kavala (Greece), is reported to have made several flights to and from #Rzeszow (Poland).

Was the plane carrying weapons? pic.twitter.com/TqzEBnIwCH

The Ukrainian edition of “European Truth” specifically declares: “The aircraft belonged to the Meridian company, which, according to information on its website, operates charter flights around the world, and also fulfills contracts with government and non-governmental organizations for the transport of humanitarian cargo. In addition, it works closely with the UN and NATO to deliver urgent cargo, especially military and dual-use cargo.”

The publication does not talk about Bangladesh or Jordan, and it certainly was not a “UN humanitarian mission.”

It’s strange, after all, why did a Ukrainian transport plane carry weapons to … Bangladesh or Jordan during the war in Ukraine?

And although the Serbs claim that he was carrying “training mortar ammunition”, the facts refute them, because training ammunition does not contain such an amount of explosive to cause an explosion like the one that occurred in Paleochori …

After all, the plane carries 20 tons of cargo, while the Serbs admit that it was only 11.5 tons loaded. Such aircraft do not carry out such missions half-full. So he flew to Chrysoupoli… to load!

It is no coincidence that this is his only occupation in recent months, as evidenced by the flight plans: transporting weapons from Serbia and Bulgaria to Poland/Ukraine! 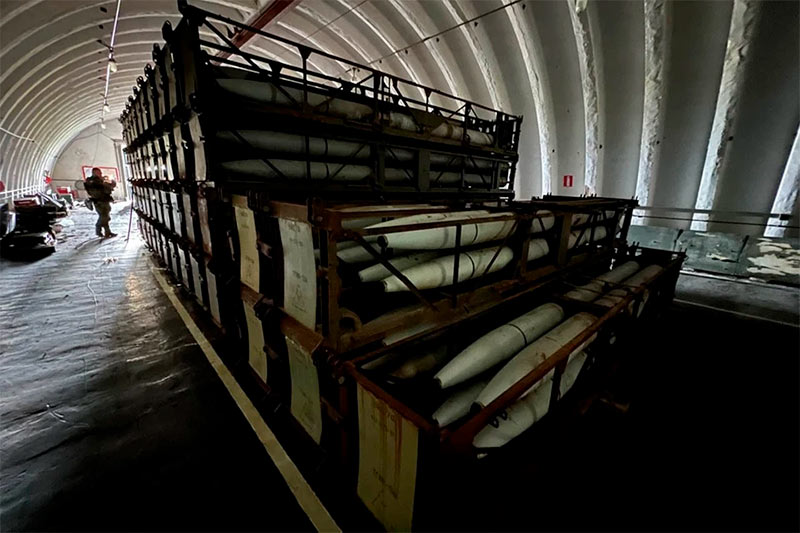 Therefore, today’s expression of protest on the part of the Greek Foreign Ministry is simply aimed at blurring out an inconvenient incident. For the government to relieve itself of responsibility for the loading of Greek weapons and ammunition in Chrysoupoli for Ukraine.

In fact, the catastrophe with the Ukrainian plane on Greek territory exposed many, in addition to the “obvious” (Greece, Ukraine) and some “hidden” (Serbia) …