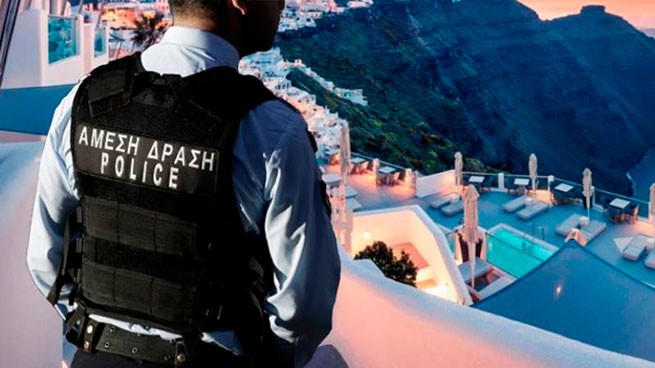 New details have emerged about how the Egyptian was robbed on the “Isle of the Winds”. It is noteworthy that the fact that they were surrounded, the tenants of the villa found out only in the morning.

The gangs of robbers who prey on the luxurious villas in Mykonos continue their activities without hindrance. At the same time, in the early Sunday morning, they found the whole family of an Egyptian businessman sleeping and stole cash and valuables worth more than a million euros!

Crime on the island is rampant, and during the month there were numerous incidents of theft of cash and valuables, discrediting the island and Greece, for which the sub-division of the Mykonos Police is responsible.

None of the sleeping couple and children noticed the criminals sneaking into their mansion in Agrari. It is believed that the “professionals” did this, since the first thing they did was to neutralize the cameras and delete the video recordings of the surveillance system.

Then they freely searched all the rooms of the villa, from where they quietly took out money and valuables without waking the Egyptian businessman and his family. Collecting what they found, they hastened to disappear without leaving a trace behind.

The tenants found out about the “giant” theft in the morning and notified the sub-department of the Mykonos Police, who did nothing to stop this terrible tsunami of crime.

It is worth noting that in Athens it was assumed that this season would be difficult for the island’s police. To do this, in rotation, more than 100 young cops, allegedly “to avoid growing into a criminal environment.” However, the leadership and part of the investigators remained in their places, who are either not good enough as professionals, or have previously had agreements with criminal organizations, as a result of which they turned a blind eye to their activities.

It is worth noting that Mykonos has long been distinguished by its criminal atmosphere. The population of neighboring islands was afraid of the inhabitants of the “Island of the Winds”, since it has long been considered the main haven of the pirates of the Aegean Sea

After Mykonos became a place where “world bohemia” and rich people from all over the world gathered, arriving on the island with tightly stuffed wallets and hung with a mass of jewelry, thieves, robbers and scammers of all stripes filled the island.

Naturally, in such an environment, the police need to “watch” much stronger than anywhere else, less difficult place. However, apparently, this did not happen.