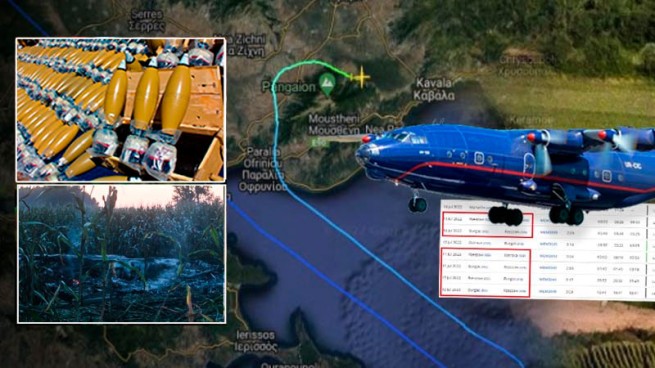 The municipality of the settlement of Pangai, addressed an urgent appeal to citizens about crash Ukrainian aircraft AN-12, with a request to inform the authorities in case of detection ammunition.

The municipality reports that as a result of a plane crash on their territory, some of the undetonated ammunition was scattered over a larger area as a result of the explosions.

Those citizens who move in the area of ​​the crash and discover munitions should IMMEDIATELY NOTIFY the municipality of Pangayo on the contact number 693 6108070 or the Greek Police.”

As the Athens News reported previouslylate on Saturday evening, near the airport of Kavala, crashed Ukrainian aircraft carrying weapons from Serbia. According to the official version, he was transporting training weapons from Serbia. in Bangladesh. However, according to the Greek media, he was carrying mines, mortars Serbian production to Ukraineand landing in Greece, was scheduled for additional loading of weapons that Greece planned to send to Ukraine.