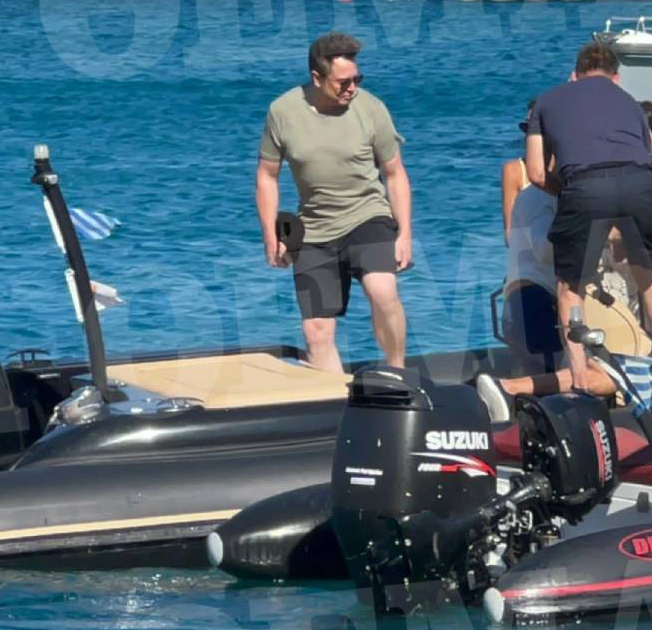 The Tesla founder has been on the island since July 15th. His photos on an inflatable boat have already appeared on social networks, as well as other moments of the famous person’s vacation.

Elon Jets tweeted that a Gulfstream jet owned by tycoon Elon Musk has landed at Mykonos airport. This alone was enough for the paparazzi to arm themselves with cameras and start hunting for him.

A few hours later, a journalist tweeted a photo of the billionaire Tesla founder on an inflatable boat. Looking “real macho”, he was dressed in a simple T-shirt and sunglasses. The caption under the post read “Elon Musk just arrived in Mykonos.”

It is known that Musk has not yet appeared in any of any famous beach clubs. At least no one knows if Musk lives in a villa or on a rented yacht.

It may seem strange, but the richest man in the world, worth $269 billion, doesn’t own a yacht and, as he recently stated, doesn’t even have a home and sometimes sleeps with his friends. Given his secretive nature, it is at the very least doubtful whether he will appear on the island or choose to stay out of the public eye.

In exclusive photos provided by the publication protothema.gr and video, Musk made his first outing at the Spilia restaurant in the Agia Anna area, where he dined with a company of seven people: five men and one woman.

After finishing their meal, the guests left the restaurant in an inflatable boat and, according to the information, decided to take a nap in a villa in Tura. It remains unknown whether he will spend the night there, or just rest and go on.