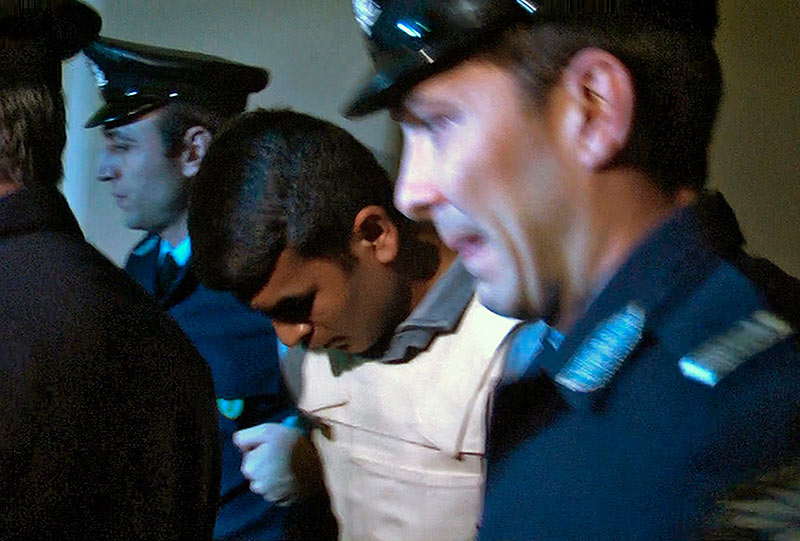 Pakistani Ahmet Wakas, who raped and tried to kill 15-year-old Mirto on the island of Paros and ended up crippling her thinking she was dead, has petitioned and, with the help of some NGOs, is trying to get parole, 10 years after terrible crime.

In July 2012 a family from the USA came to Greece to spend a vacation on about. Paros. A 21-year-old Pakistani, Ahmed Wakas, spotted a 15-year-old girl, followed her and, after being sexually assaulted, hit her in the head with a rock and threw her off a cliff.

In July 2012, a Pakistani man raped and maimed an unfortunate girl. Mirto was found half-naked, beaten and in a coma on one of the most popular beaches in Paros. Since then, she has been fighting for her life, constantly undergoing treatment at a rehabilitation center.

It would be a shame for Greek justice to release such a person, he would be a constant danger to all Greek children.

We do not believe that there will be judges who will approve the release of this monster and his return to society, even if he is deported to Pakistan. Because there are also children there whom he can rape and kill, but we understand that, under the pressure of the all-powerful NGOs in Greece, the court can give up. Many examples…

It should be noted that in the case life imprisonment the law stipulates that a prisoner must remain in prison for at least 18 years. Under the current Criminal Code, anyone who performs work in a correctional institution can be released after serving 2/5 of the sentence. However, the behavior of 31-year-old Ahmet Vakas in prison is the complete opposite of what is called “exemplary”.

A year and a half ago, he became the star of violent events after he allegedly burst into the cell of three Albanian prisoners, along with three other compatriots, and severely beat them with frying pans.

This rapist is in Grevena Prison, where he is serving his sentence, and his request has been referred to the competent Judicial Council for his conditional release.

Chronology of the crime

In July 2012 a family from the USA came to Greece to spend a vacation on about. Paros. A 21-year-old Pakistani, Ahmed Wakas, spotted a 15-year-old girl, followed her and, after being sexually assaulted, hit her in the head with a rock and threw her off a cliff.

A girl in a coma and with terrible wounds on her head was found among the rocks of the Gold Coast beach (O. Paros). The police immediately began searching for the perpetrator of the brutal attack. And they succeeded. “The dragon (maniac) from the island of Paros,” as the press dubbed him, turned out to be a young Pakistani, Ahmet Wakas, who was immediately arrested and confessed.

Confession of a criminal.

“In order to get closer to the girl, I pretended that I was also calling on my cell phone. Then I grabbed the girl, immobilized her and took away the phone. But she began to break free and scream. Then I hit her in the face to silence her.

Then I undressed her and had sexual intercourse, after which I dried myself with her clothes … So that she would not run to the police, I turned the girl on her back and began to beat her on the head with a large stone, weighing about five kilograms. Then I grabbed her by the neck and tried to push her into a crevice among the heaps of rocks to hide, but she resisted and cursed me. Then I again began to beat her with a stone … I thought that I killed her and threw a stone into the sea, and then threw her body into the same place. After that, I went to a restaurant and continued to work there, and threw the phone into a trash can near the hotel.” 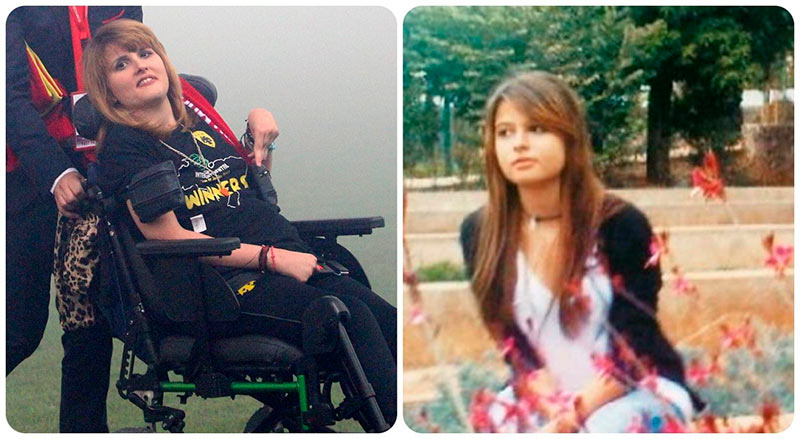 After five months of hospitalization in the special care unit at Evangelismos Hospital in Athens, Mirto was transferred to a rehabilitation center in the United States. After 7 months of hospitalization in Boston, 16-year-old Mirto returned to Greece, where she underwent surgery. Since then, Mirto has been constantly undergo treatment in a rehabilitation center in the city of Larisa.