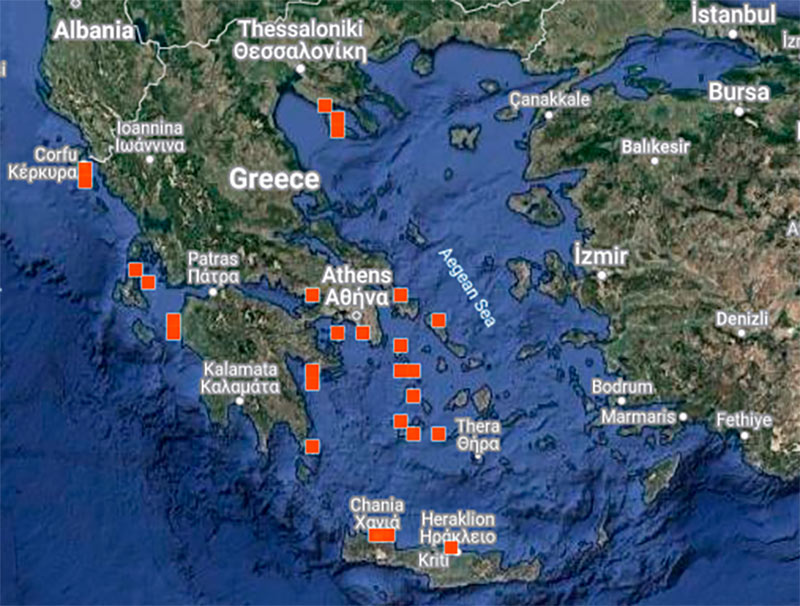 Purple jellyfish left the Saronic Gulf, the beaches of Athens, Attica and nearby islands from 1 to 10 July 2022. However, now they have shown up in the Cyclades, which has created new problems for tourists and local authorities.

According to the report JellyReport on the presence of jellyfish in Greece, published on Sunday July 10, strong northerly winds caused the movement of the jellyfish population.

Based on the wind forecast for the week of July 11-17, it is highly likely that northern winds will blow the purple jellyfish further south, possibly leaving the Cyclades in the Aegean and Corfu in the Ionian. Greek biodiversity watchdog.

It should be noted that the winds change direction day and night. However, along with winds, currents are another factor. Where the jellyfish move will always depend on the local sea currents in each area.

For correct information, citizens are invited to upload their records to iNaturalist through Web site or the corresponding application “iNaturalist” available for Android and ios mobile phones.

Citizens are asked when they see jellyfish (no matter what species) to spend 1-2 minutes to upload jellyfish records to iNaturalistso that everyone is informed about the presence of jellyfish.

More posts about jellyfish in the summer of 2022 hereas well as tips on what to do if you get stung and how to avoid affected beaches here.