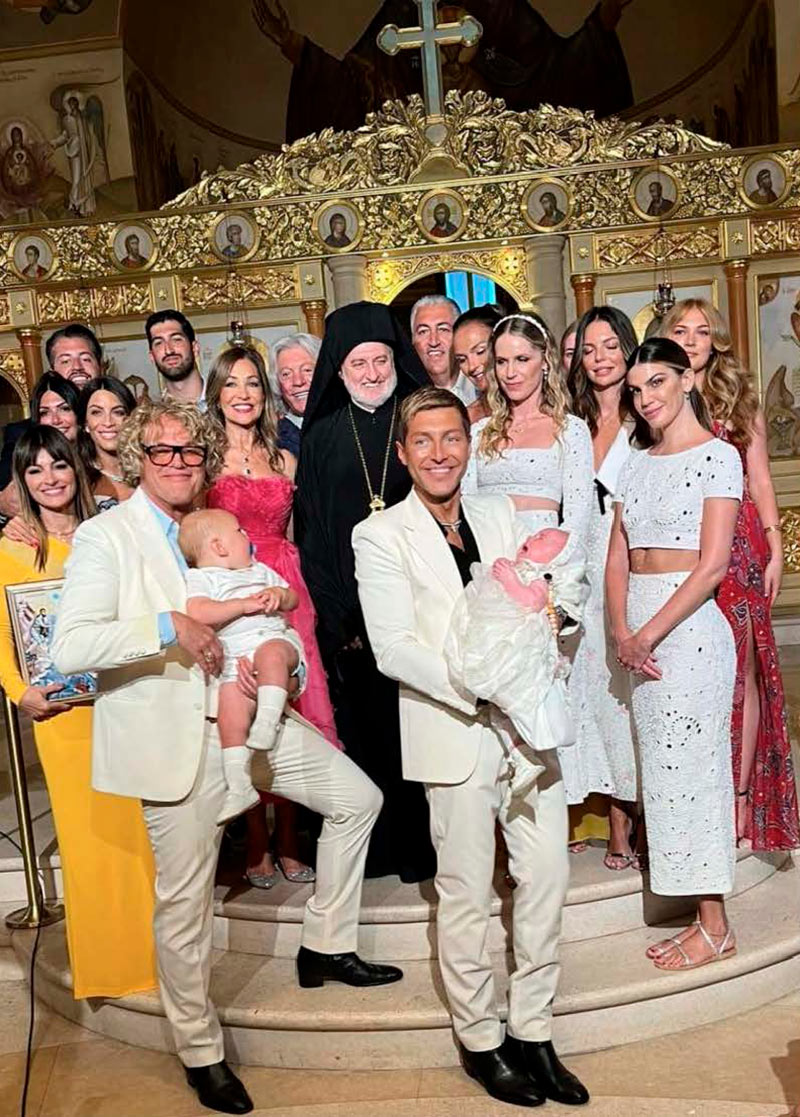 There have not yet been such baptisms in the Greek Church, but everything, sooner or later, happens for the first time. Most Venerable Archbishop of America Elpidophoros sacrament of baptism of two neophytes born (through a surrogate mother) from a same-sex couple.

All this and more happened on Saturday afternoon, July 9, at the Church of Panagia Faneromeni in Vouliagmeni (a church donated to the area by Thanasis and Marina Martinou), where the two children of Greek American businessman Evangelos Busis and his Scandinavian partner were baptized, while the godfather of the latter was the famous Greek fashion designer Peter Dundas.

Realizing that priests in Greece would not go to such a baptism, from the USA was discharged Archbishop Elpidophoros of America, who, for a very immodest reward, arrived to conduct the baptism ceremony of two neophytes born of a same-sex couple.

We do not know if the religious leader wanted to send a message to the LGBT+ community, or if the reason was his friendship with the grandmother of the two converts, known for her humanity (and most importantly for the rich gifts of the church), as “Mother Teresa of Chicago”, when the motive of the mystery was completely withdrawn without any reaction from Greek religious circles. The reason is banal: Elpidophoros, in addition to the serious funding of Fanari and the weighty authority associated with this among the leadership of the Greek Church, is perceived by many as the successor of Bartholomew, and no one dares to refuse him.

Nevertheless, it will still be interesting how the Greek metropolitans, for example, will react to this news, who, with their fiery arguments, oppose cohabitation agreements between homosexual couples and against the upbringing of children by gays … Or is it something else?

Perhaps the Metropolitan of Glyfada Elliniko, Vula, Vulyagmeni and Vari Anthony did not know about the presence of Elpidophoros, and indeed about the baptisms of a same-sex couple in the church of his metropolis? We think that, most likely, he knew, but kept silent for the above reasons.

It is noted that the sacrament of the baptism of the newly converted Alexios and Eleni was performed in a close family circle, in the presence of the entire Busi family, with godmothers in the person of jewelry designer Eugenia Niarchu and socialite Bianca Bartolini, a descendant of Maria Theresa, since the two aristocratic heirs are close parents’ friends.

Party at the Four Seasons Hotel

After the baptism and after the Archbishop of America blessed the two children and one of their “fathers”, a “super” party was held at the Four Seasons Hotel in Vouliagmeni, attended by 150 guests from all over the world. 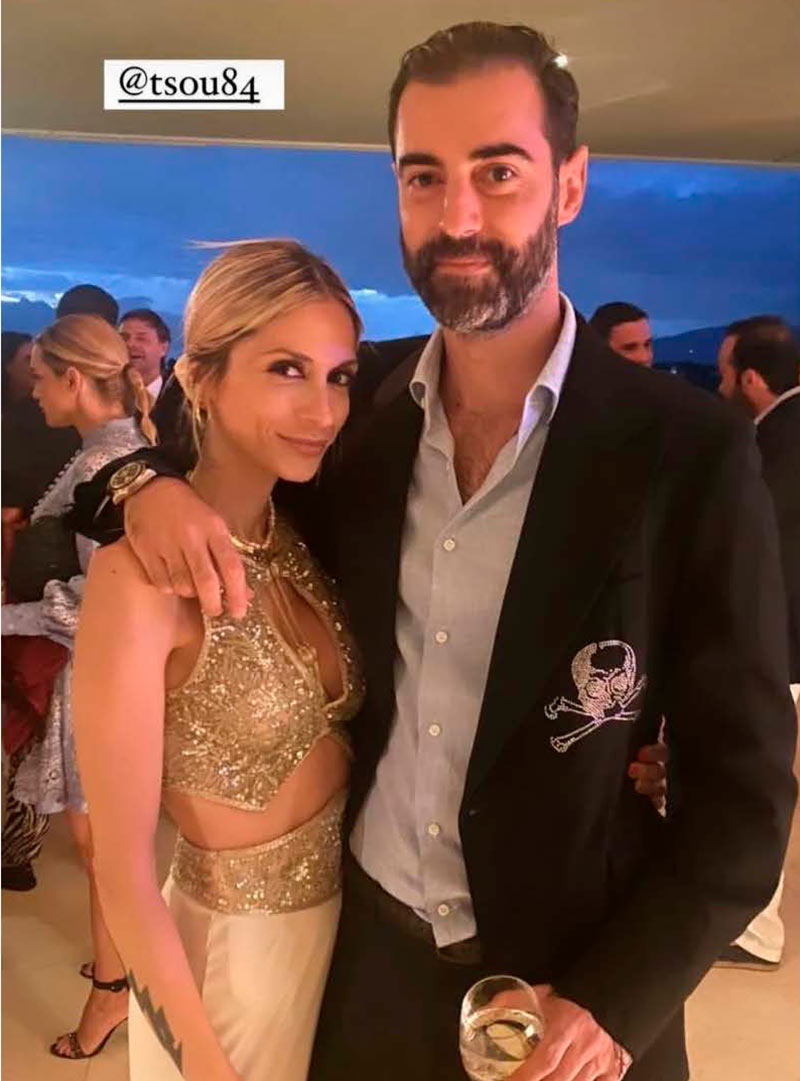 There were few Greeks, but they were such personalities as Vicky Kaya (who posted the whole party on the social network), Andreas Martinos, Lena Economides-Lamott, Ilias Tsurekas, Chrysanthos Panas, Apollonas Papateocharis, who specially came from New York for the christening, Anna Vissi’s daughter Sofia Karvela with Thanasis Panurgias. 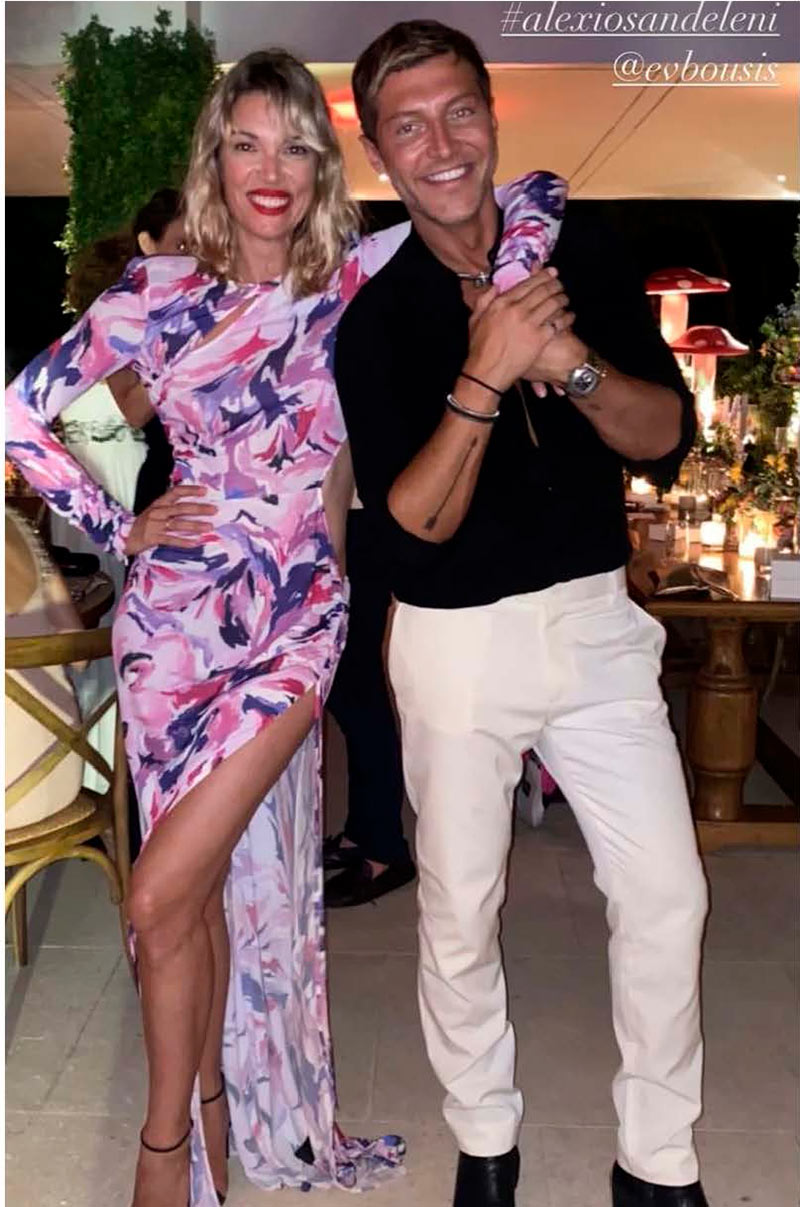 The Nausikas complex of the former Asteras has turned into an incredible circus with flowers, candles, photo rhythms, elephants, horses and dogs. The evening began with a table dinner, and bonbonnieres with the initials of the baptized appeared on the guests’ plates. 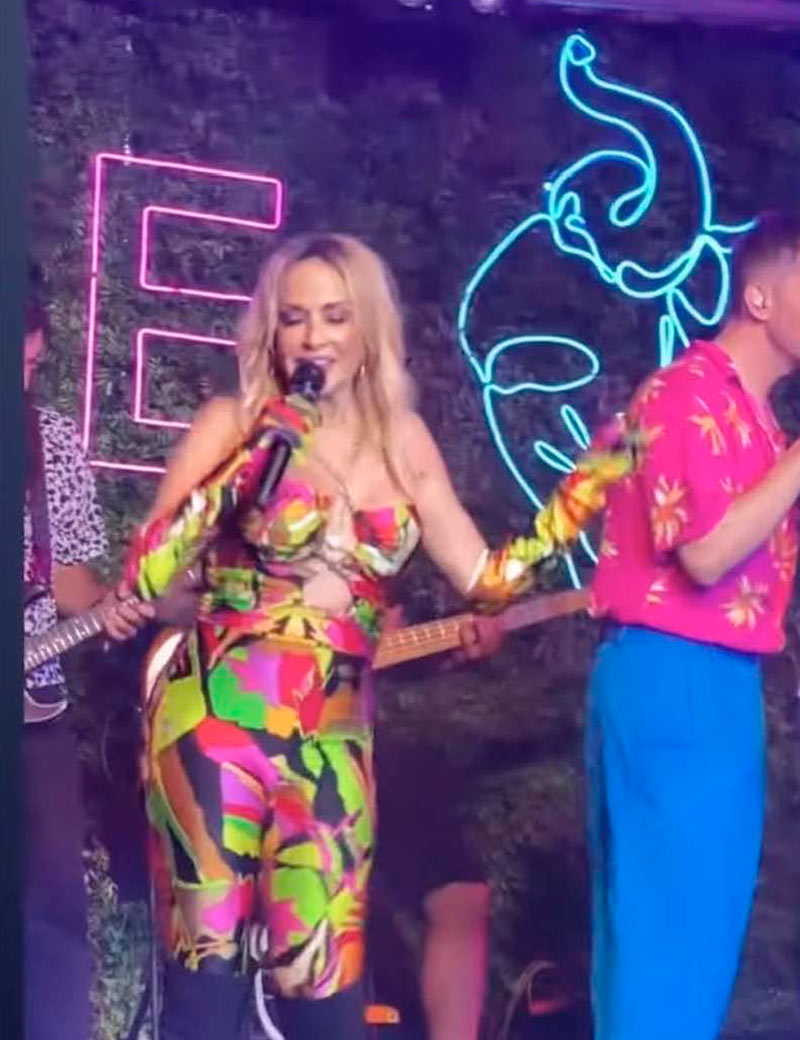 Anna Vissi sang on stage, and at the end of the party, Vissi’s son-in-law, Thanasis Panurgias, took over the initiative in the show. In a frenzy, he tore off his shirt and tied it in a zeberi knot on his head, seducing Evgenia into a crazy dance between Niarha and Vicky Kaya, forcing Vissi to shout into his microphone: “Today I’m marrying you again!”.

It was June 14, 2021 when, in the midst of a pandemic, world-famous designer Peter Dundas and his partner Evangelos Busis (the son of Dimitris Busis’ influential business family, with a global supermarket chain and headquartered in Chicago, USA) became parents. Their first child, Alexios, was born in California to a surrogate mother, and a few months later, a little girl, Eleni, was born to another surrogate mother.

The two men fell in love at first sight when they first met eight years ago at the birthday party of their mutual friend Brian Atwood, a famous shoe designer. Three weeks later, they traveled to California together and have been inseparable ever since. 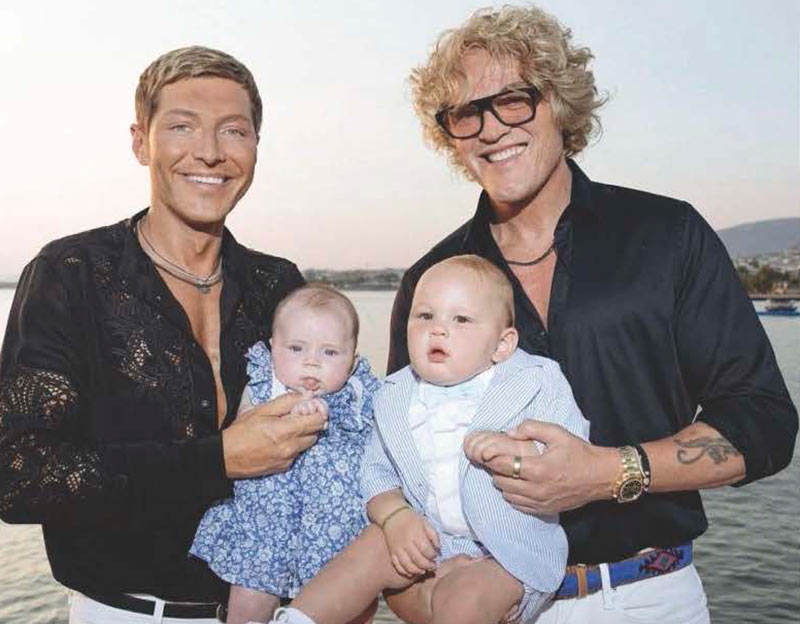 The famous designer announced the first “children” on his personal Instagram account: “EV and I are celebrating Father’s Day holding our son Alexios-Peter. Now we are a family and we are very happy about the arrival of our little angel. We are grateful to the wonderful surrogate mother and her family for walking this path with us. Also to our amazing doctors, amazing midwife who made him healthy, friends who supported us, and California for making it so easy for guys like us to become dads.” At the same time, in his personal account, Evangelos Busis, brother of PAE OFI President Michalis Busis, could not hide his joy: “We are in seventh heaven and cannot be happier. Today is a special day. We hope to be the best fathers for our little boy.”