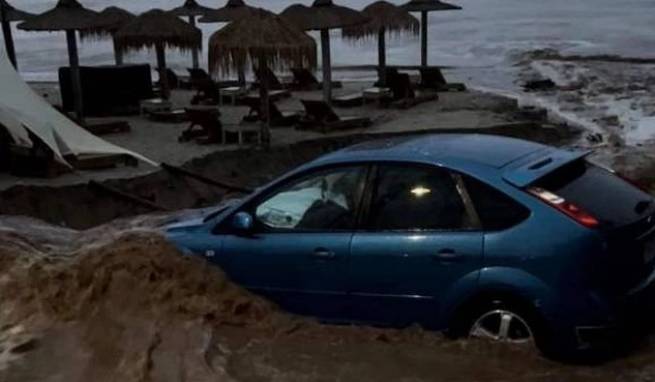 Due to extreme weather, the island of Thassos in the Aegean Sea literally “drowned” – cars carried away by water currents, flooded hotels, mountains of rain-washed garbage.

Yesterday’s weather on Thassos, the northernmost Greek island, can rightly be called autumn. For residents, last night was extremely difficult, according to kavalanews.gr. Heavy rains caused flooding, in Astrid and Maries the roads were blocked by debris brought by torrents of water.

Numerous calls to the fire brigade have been registered. There was also a traffic accident – the driver lost control of the car and drove off a cliff. Only with the help of barbed wire firefighters managed to pull him out.

Yesterday, our publication talked about the revelry of the elements in Thessaloniki. The weather pattern there in a matter of minutes changed from summer to autumn. The downpours were so strong that the streets turned into rivers.