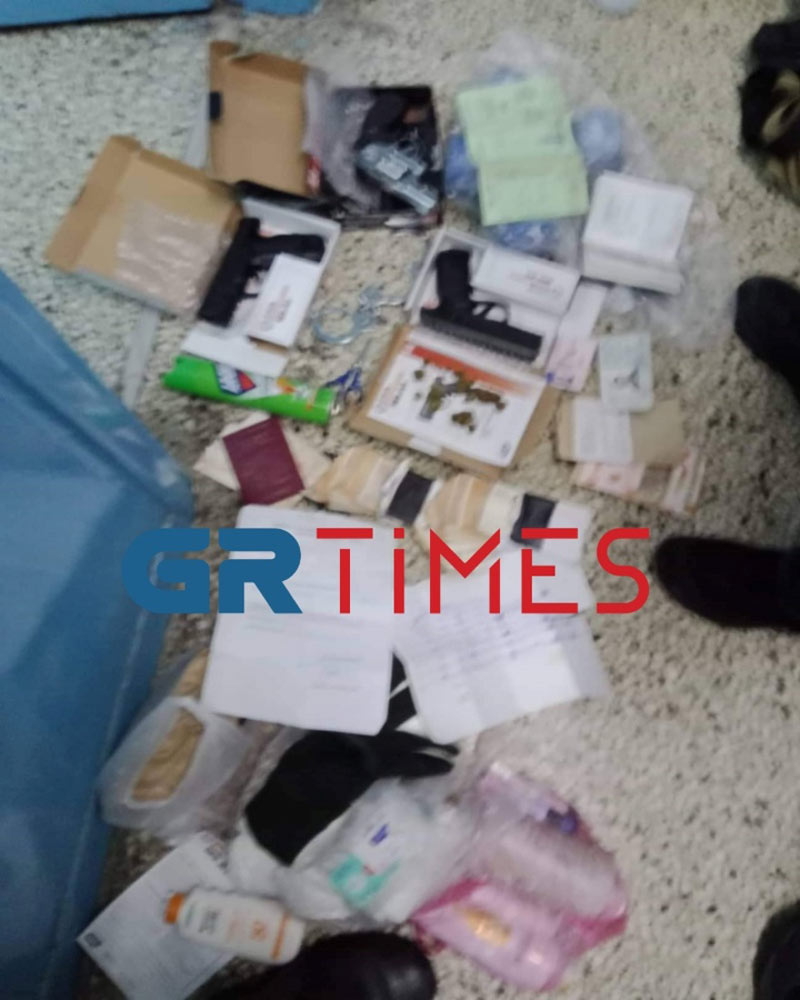 An incredible incident occurred on June 29 at the entrance to the new railway station in Thessaloniki, when a 42-year-old man was arrested by patrol police. He resisted, injuring a police officer, and a small arsenal was found in his belongings.

It all started around 10:30 p.m., when the police, while on patrol inside the train station, found a man wandering excitedly at the entrance to the station building and molesting passers-by, causing problems.

Seeing what was happening, the police demanded his documents, but he not only refused to show them, but also began to swear, verbally insulting the police. When trying to immobilize the bum, a pair of handcuffs suddenly fell out of his bag, which he tried to put on one of the police officers who conducted the search, but, fortunately, to no avail.

The man resisted arrest even when other police officers arrived at the scene. He kicked and kicked furiously until he was pinned down by a combined effort.

It is curious that during the subsequent check, two large bags were found on the detainee, who turned out to be homeless, inside which, among other things, three air pistols, six cartridges, gas cartridges, the amount of 10,000 euros, and a pair of metal handcuffs were found and seized.

It should be noted that due to the injury received by one of the police officers, he went to the emergency hospital for a preventive examination. A criminal case has been opened against the detainee for causing physical harm to a police officer in the line of duty, resisting the police and violating the law on weapons.