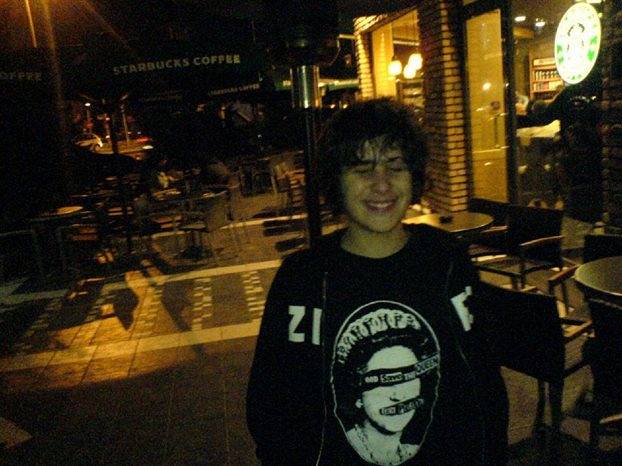 Policeman Epaminondas Korkoneas, who shot and killed 15-year-old Alexis Grigoropoulos in central Athens in December 2008, will be released on Wednesday morning.

A mixed jury of appeals in Lamia, in central Greece, accepted Korkoneas’s appeal of early release from prison due to extenuating circumstances – his “previous legal life”, that is, he had no previous convictions.

According to media reports, three full-time judges agreed with the prosecutor’s opinion on the refusal of mitigation, but four jurors voted in favor of mitigation.

It remains unknown whether the family of Alexis Grigoropoulos will appeal to the Supreme Court again.

Following Tuesday’s decision, Alexis Grigoropoulos’ mother Gina Tsalikyan statedthat “this is an insulting decision” for the memory of her son, who was killed for no reason*. 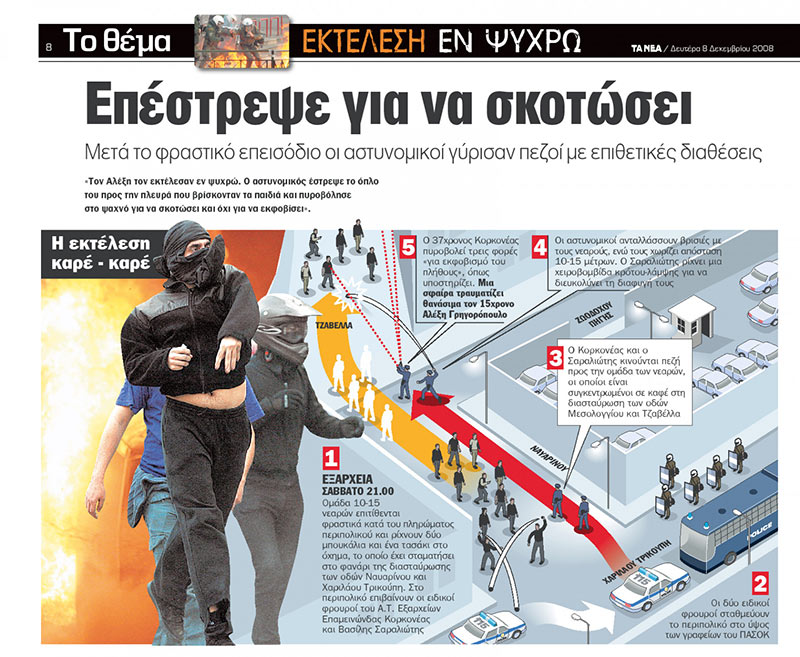 Together with friend Nikos Romanos (later involved in terrorism and robbery) Alexis, 15, was walking around the Exarchia district in Athens. After the young men began throwing stones at the police (according to other sources, they verbally abused the patrol police), Korconeas, who was on patrol with a colleague, fired three times into the air. At the same time, one of the bullets of his machine gun ricocheted off a concrete beam and hit Grigoropolous in the head, which led to the instant death of a teenager. 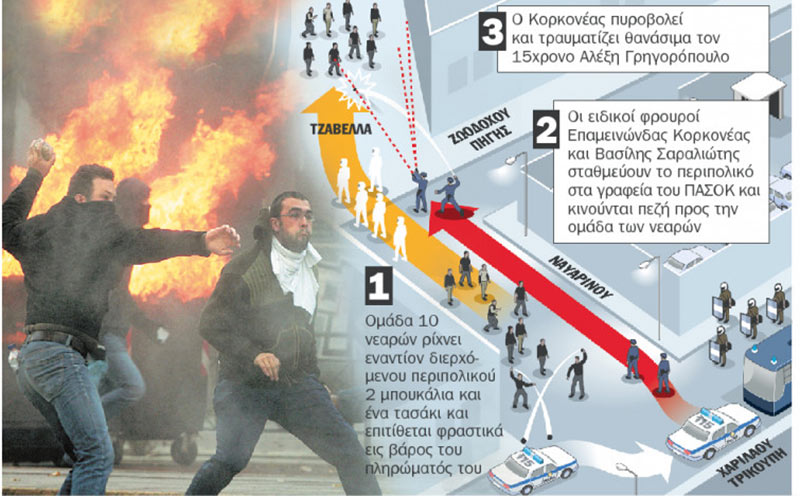 It is noteworthy that within a few days, the “free”, but well-paid media “forgot” that Grigoropoulos, along with Romanos, threw stones at the police, interpreting the situation in a completely different way: the evil policemen shot a child in the chest because they “politely asked to leave” and threw 10 bottles of water at them.

Alexis was executed in cold blood. The police officer turned his gun in the direction where the children were and fired to kill, not intimidate. in.gr.

The author of this publication has repeatedly attended clashes between the police and anarchists in Exarchia and is well aware of what and how actually happened there.

Under pressure from the public, the police officer who fired the ill-fated bullet was sentenced to life imprisonment by the court. According to the jury’s verdict, 39-year-old police officer Epaminondas Korkoneas deliberately shot Alexis Grigoropoulos. The second police officer who was with Korconeas at the time of the incident received time for being an accessory to the crime. At the same time, many lawyers believe that the policemen are innocent and have become sacrificial lambs in order to calm the population of the country.

The protests ultimately contributed to the fall of the centre-right government of Prime Minister Konstantinos Karamanlis in October 2009, bringing many supporters to the then fledgling SYRIZA party, which came to power in Greece in 2015. 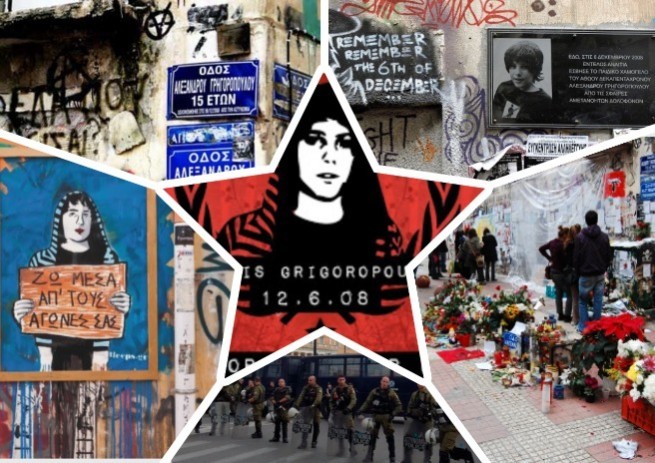 On the anniversary of death Alexis Grigoropoulos there were large protests and clashes with the police. According to rumors circulating among journalists, Grigoropoulos’ mother generously paid the media to publish materials calling for pressure on the authorities, and also allocated a considerable proportion of anarchists to protests. 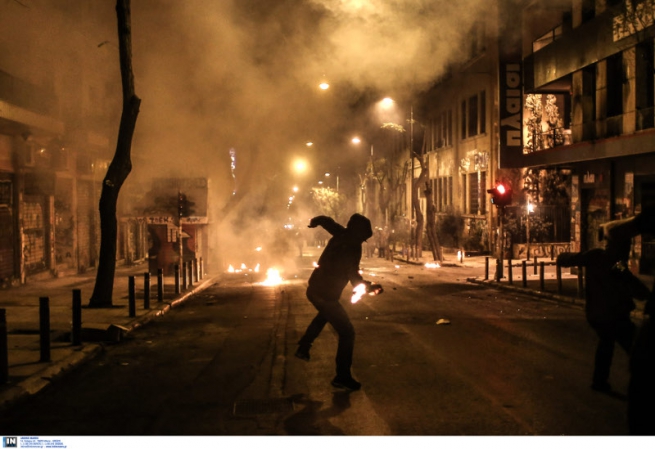 As a result, days after the teenager’s death, on December 6, 2008, angry protesters set fire to the center of Athens, causing extensive damage to commercial buildings. Disorder on this day became traditional and continued on a grand scale until 2020inclusive.