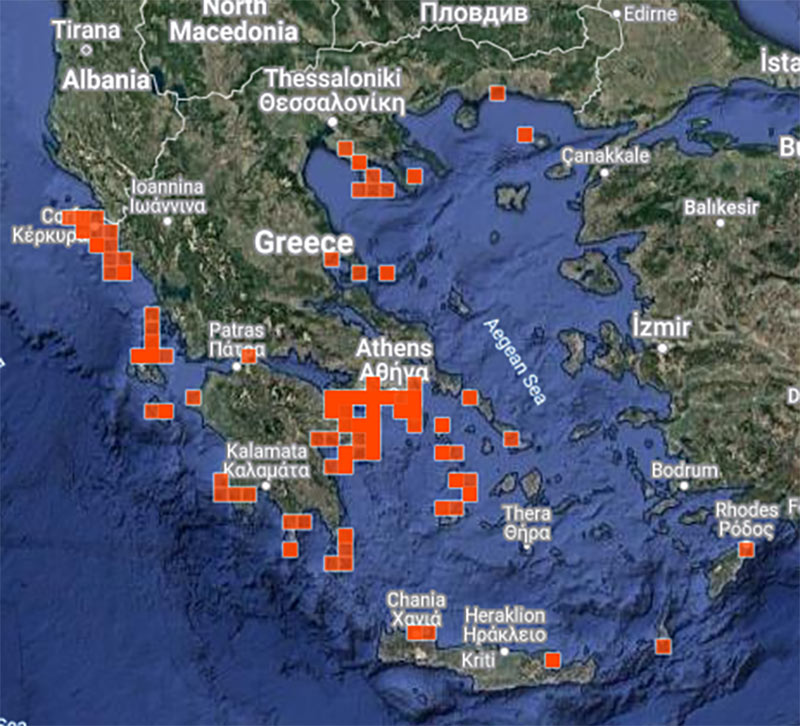 After purple jellyfish, a new scourge has now appeared, their blue counterparts, which prevent bathers from enjoying Greek waters.

Flocks of blue jellyfish, or Rhizostoma pulmo, also known as barrel jellyfish, have appeared off the beaches of Thessaloniki and have been swimming in shallow waters in the waters of Thermaikos Gulf for the past few days. It is noteworthy that this year they appeared more than a month earlier, in the middle, and not at the end of July, as usual.

Video: A blue jellyfish in the sea off the waterfront of Thessaloniki on June 22, 2022.

Professor of the Department of Biology at the Aristotle University of Thessaloniki Hariton-Charles Hintiroglu explained to the news website GRTimes.gr: “Blue jellyfish are carried to the beach by sea currents and winds, and carried by the movement of water. Although every year we have jellyfish, now their density is noticeably higher.” According to Hintiroglu, “these jellyfish usually appear in shallow water and are on the surface of the water because they need light.”

The blue jellyfish uses its tentacles to catch, sting and kill its prey. The poison she uses is a mixture of phenols and proteins that lethal to their prey, but not particularly dangerous to humans. Immediately after you are stung by a jellyfish, you will feel a sharp pain, as from a nettle burn. However, this is a purely individual reaction, and you may not even feel it, especially if you touch the jellyfish with your hands. However, you should not then touch your face, as the more sensitive skin there or on other delicate parts of the body will react much more strongly to this poison.

Rhizostoma pulmo, or blue jellyfish, large, it reaches 1.5 meters in diameter, weighs up to 30 (or more) kg and looks like a bell. It is often blue or even white, but always has a purple stripe around the perimeter at the edge of the bell.

JellyReport will be published every Sunday with useful information about the appearance of jellyfish in the current month, weather conditions such as the wind forecast for the coming week, and other facts about jellyfish in general. For proper information, citizens are requested to upload their registrations to iNaturalist via the website: https://www.inaturalist.org/observations/upload or the corresponding application “iNaturalist” for Android and ios mobile devices.

As the Greek Observatory of Biodiversity points out, the systematic refusal of some citizens to receive useful and important information, engaging only in personal recreation in the form of swimming, unwillingness to spend 1-2 minutes registering and obtaining records of jellyfish in iNaturalist, creates a certain problem – the lack of proper information among people about the beaches affected by jellyfish, the types of jellyfish and their population centers, if they are in the corresponding territory.

Referring to the Purple Jellyfish entries on inaturalist, biodiversity.gr notes that, based on the data for the last ten days ( June 16–26, 2022) on the iNaturalist platform, we see that most of the number of jellyfish increases in Saronic Gulf, stretching up to Argolic gulf and Cyclades, Ionian Sea, South Peloponnese, northwest Crete and 1st edge of Halkidiki. With lesser occurrences in other parts of Greece, with islands clearly visible. Although nothing was heard about the northern part in the Aegean Sea (Lemnos, Lesvos, Chios, Ikaria and Samos ), as well as in the Gulf of Corinth (although citizens say that they saw jellyfish, but this is not confirmed). 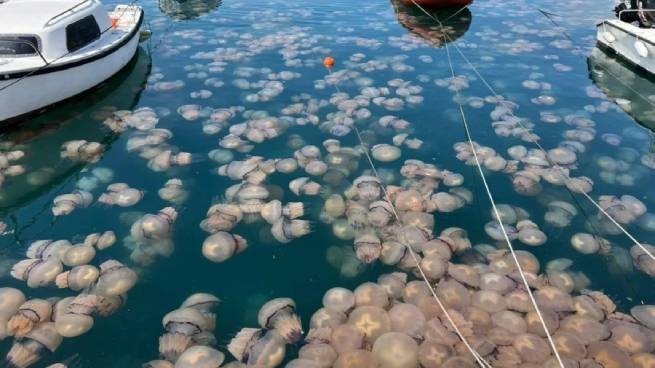 Reference: Rhizostoma pulmo (lat.) is a species of jellyfish from the Rhizostomatidae family of the order of the cornerots (Rhizostomeae). It lives in the northeastern Atlantic, as well as in the Adriatic, Mediterranean, Black and Azov seas. Also found in the South Atlantic off the west coast of South Africa.

It usually reaches 40 cm in diameter, but in exceptional cases it can reach 150 cm or more, making it the largest jellyfish in the Mediterranean. On 13 July 2019, wildlife biologist Lizzie Daly dived off the coast of Cornwall in the United Kingdom with underwater cinematographer Dan Abbott. Two divers talk about encountering a barrel jellyfish Rhizostoma pulmo the size of a person. Jellyfish of this species are the leatherback turtle’s favorite food.

Rhizostoma pulmo moderately poisonous, but not deadly like other species. Effects include a burning sensation on the skin, dermatitis and ulcers, confirming its human toxicity. However, it does not pose a serious threat to humans.

Jellyfish are present in Japanese sushi recipes. In Thailand they make noodles. In China, they have been salted or dried for more than 1,000 years (resulting in something like dried mushrooms or thin brown pancakes). In 2006, during the mass reproduction of large jellyfish off the coast of Japan, these jelly-like creatures even went to the filling for pies, soups were cooked from them.

The mesoglea of ​​the Cornerot umbrella contains 98.25% moisture and 1.75% dry matter, which includes 72.59% mineral and 27.41% organic matter, including 15.80% protein and 1.03% fat . Jellyfish protein is complete and contains 17 amino acids, including a complete set of essential ones.

Cornerot helps fish fry survive in the sea, which hide under its umbrella from predators. Cornerot itself feeds exclusively on plankton. Scientists classify jellyfish as a food dead end, although jellyfish have been cooked in Japan, Korea, and China for over 1,700 years. They are recommended for high blood pressure and other diseases; they are a dietary product.
Even in the Middle Ages, diuretics and laxatives were made from cornerot. Jellyfish venom is now used to make medicines to treat lung diseases and regulate blood pressure. 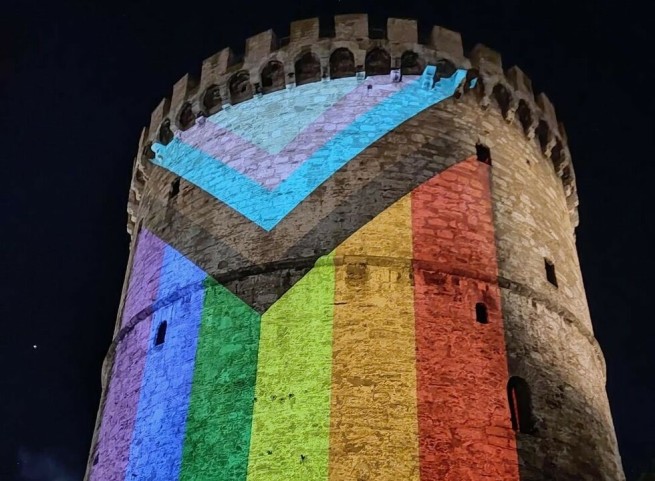 PS Sorry for stupid analogies, but for some reason this jellyfish appeared in Thessaloniki at the same time as the gay parade and rainbow-colored White Tower. Coincidence?