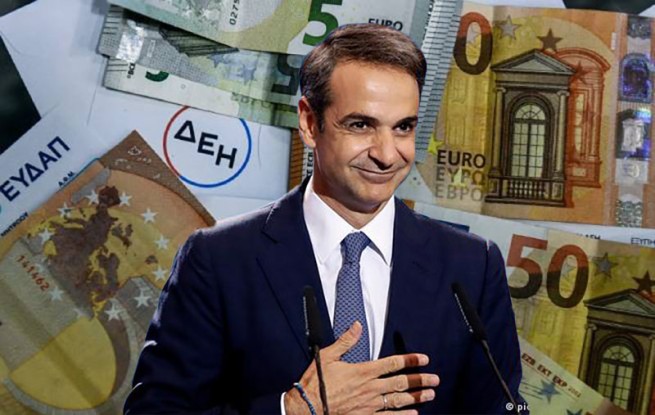 The “adjustment clause” in electricity bills is frozen until the summer of 2023, according to an amendment presented by the Ministry of Environment and Energy late on Friday in the context of a bill to simplify the licensing of energy suppliers.

According to the amendment, the suspension adjustment clauses will be valid for one year, namely from August 1, 2022 to July 31, 2023.

It should be noted that the suspension of this paragraph is the result of an action new mechanism for intervention in electricity prices, which, as announced, will come into force on 1 July.

The provisions of the amendment are quite complex. However, it appears that the adjustment clause will be put on hold, but in fact any fluctuations during the month are factored into the floating price! This item will exist, we just won’t see it on our electricity bills.

Please note that the government has announced the suspension of the adjustment clause from July, but now the entire project has been postponed a month later. This means that this item will also be on the electricity bills, which will arrive in September.

Speaking to the media critics describe the issue as an “election gift” since most of the scenarios talk about early elections in the coming October.

In addition, “opposition sources sharply criticize the government for allowing energy companies to profit from the clause, which was implemented for the first time since August 5, 2021, that is, for a whole year.

It is worth noting that the Greek courts have yet to decide on legitimacy of the adjustment clause after massive lawsuits by consumer protection organizations and individuals.

PS Full text in Greek here. Sorry for the quality of the translation, but this time the authors tried to write the amendment in such a formal language that it is worse for translating only Tsipras’s speech.