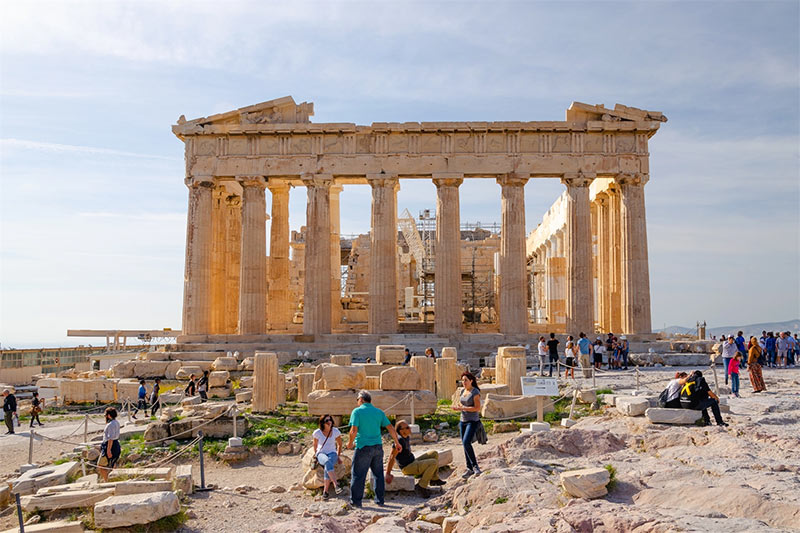 A new security system will be installed on the Athens Acropolis, including 150 next-generation surveillance cameras, which will be monitored around the clock from the control room.

To replace the existing, outdated network of Acropolis cameras, comes a new, high-tech, active security system with a special control center to monitor events in real time, the report said.

According to Kathimerini, the new system will consist of a network of cameras that will monitor the archaeological site and send a “signal” to the control room, which will operate around the clock. Cameras can be configured to recognize and alert if, for example, a visitor tries to take a small “souvenir” of scattered architectural elements with them Holy cfeces, (as the Acropolis is called in Greece), which is strictly prohibited*.

More than 150 cameras will be installed instead of the old network. From time to time, new devices have been added to the existing network – the last addition was in 2016 – but some cameras have problems working due to age, and not all of them are compatible with each other.

Central archaeological council (CAC) last Tuesday gave the go-ahead to active study of the security system archaeological excavations of the Acropolis and slopes, and also approved the replacement and strengthening of parts of the fence. The new security system will cover the Holy Rock and the monuments of the southern and northern slopes.

CAC gave the go-ahead for the installation of an energy-passive security system for the space, which includes, among other things, scanning the luggage (bags) of visitors, intercoms for staff, and new fences.

Ministry sources speak of a “new philosophy” of protecting the monument by monitoring and preventing events in real time. It is assumed that the new systems will be put into operation next summer. It will also be able to send alarms to the police, and also includes audible alarms to alert visitors and staff at in case of emergency evacuation archaeological excavations, for example, in case of fire. The processing will be handled by ministry employees who will be specially trained for this purpose, while the purchase of a modern intercom system is provided for all security personnel.

The equipment of the new system is planned to be made invisible and not to “interfere” with visitors. In the same context of strengthening the security of the archaeological site, parts of the fence will be replaced, which in some places will be increased in height, a system for checking visitors’ bags will be installed, and the entrances to the monument with heavy-type doors will be changed.

The monument, which attracts many visitors, has in recent years acquired new lightning protection, new award-winning lighting, an elevator for the disabled, footpaths, and flood control work is in progress. The leadership of the Ministry of Culture said that the new security system will also serve as a deterrent for those political parties (a hint at the communists) who use the universality of the Acropolis to spread their political or fan slogans.

* This is not only prohibited, it also provides for criminal punishment, with a very real term of imprisonment and a large fine. So if you are on the Acropolis or any other archaeological site in Greece, do not try to pick up pebbles from the ground. It is fraught, however.