The Court of First Instance of Chalkida demanded two letters of guarantee totaling almost 1.87 million euros from the shipowner of the Lana tanker to lift the temporary ban on navigation.

The story of the Lana tanker is getting “weirder and weirder” every day.

An Iranian tanker flying the Russian flag has been off the coast of Karistos since mid-April. It is believed that this was the reason for the arrest of two Greek tankers by Iranian security forces.

According to the legal representatives of the tug company, the temporary ban on navigation and the change in the real and legal status of Lana are connected with debts not with the ship itself or its cargo. The shipowner failed to pay for the vessel being towed from the Peloponnese to Karistos in April when the Lana tanker suffered propulsion problems.

As we reported earlier, the Chalkis Court of Appeal canceled an order for the confiscation of a part of the cargo, which was issued upon request American judiciary to Greek.

This amount is 60,000 metric tons of crude oil out of a total of 104,134 tons in the tanks. Currently oil is being reloaded (somehow it is being reloaded for a long time. Soon it will be 3 months since we started) to another tanker, which remains in the roadstead of the port of Piraeus. However, today it is still unknown where and how the amount of oil that will have to be returned to Lana will be transshipped.

It is also not clear what will happen to the other half of the oil confiscated by the Greek authorities and, according to them, has already allegedly been sent to the United States.

In the meantime, officials are looking for reasons not to return oil, Iran holds 2 Greek tankers and does not allow 17 Greek tankers in the Persian Gulf to pass through the Strait of Hormuz. Also, for this reason, dozens of other Greek tankers cannot enter the Persian Gulf, which, no doubt, brings huge losses to shipowners. For example: a day of tanker downtime costs about 250 thousand euros on average. We multiply this by at least 19 tankers and we get 4.750 million per day. The tankers have been standing since May 26, which is almost 120 million euros. And this is without the freight cost of other tankers that cannot be loaded with oil. 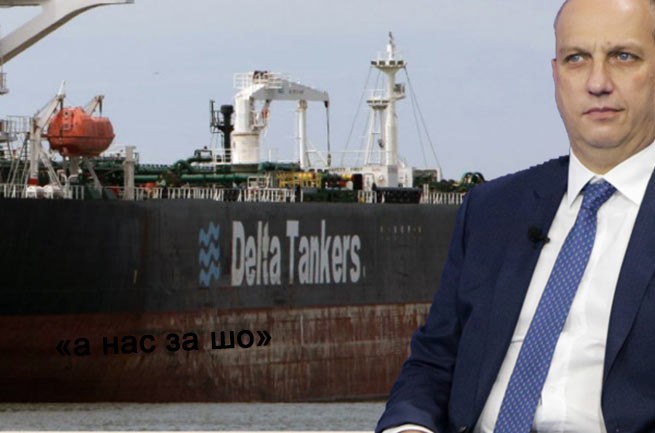 Isn’t it too costly for Greece to please “Uncle Sam”?

For reference, the average cost of chartering a supertanker (and others do not go on this line) is 250 thousand euros per day, and this price growing every day due to the fact that the United States has banned chartering and insuring Russian tankers.