After the renaming of McDonald’s, a fast food establishment beloved by Russians, a wide variety of jokes appeared in the world media.

The stream of jokes over the Moscow “McDonald’s” and its logo cannot be stopped. The network of fast food establishments “Vkusno i Tochka”, which was opened the day before in Moscow instead of McDonald’s, apparently, borrowed the logo from Matosmix.

It is located in Portugal and is engaged in the production of … animal feed. This fact incredibly amused users of social networks. The similarity of the logos is striking at first sight:

And here is a screenshot of the Matosmix home page, where you can see that they sell food for chickens, chickens, rabbits and pigs: 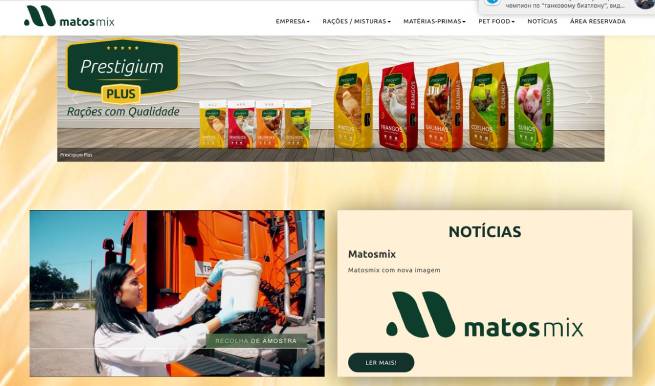 Internet users were surprised to discover this fact and, apparently, they simply can’t stop, joking in every possible way over the fact that both companies produce animal food. Apparently, the designers decided not to bother and took the first thing that came to hand. And it would be necessary to think carefully before disgracing yourself by mindlessly stealing the logo from this Portuguese company.

One way or another, but, as reported, the Russians are very happy that the “new McDonald’s”, albeit with a different name, has opened. On the day of the presentation, there were big discounts and a large crowd of people was recorded.