“The bird collided with the wires, its wings caught fire, and it fell behind the wall of the substation, thereby spreading the fire,” a worker spokesman for the Greek distribution network operator ΔΕΔΔΗΕ told a group of stunned journalists from state broadcaster ERT, discussing the forest fire in Ano Voula and Ano Glyfada in Saturday.

“The cause of the fire was an external factor,” he said. workers’ spokesman Kostas Maniatis on Monday morning, answering one of the scenarios according to which the fire started at the substation in Ano Glyfada.

“I was told that the problem was caused by a bird that carried the fire outside the substation. Her wings caught fire, she fell to the ground, and the fire spread,” Maniatis told the stunned journalist, who burst out laughing. Maniatis did not elaborate on how the bird’s wings caught fire.

The “firebird” version is the last scenario about the cause of the fire next to arson, a fire that burned at least one house, damaged a dozen houses and cars.

On Saturday afternoon, first the mayor of Glyfada and then the mayor of the neighboring municipalities of Argyroupolis and Elliniko told the media that a fire had broken out at an electrical substation. Several photographs of flames on the wall of the substation have been posted to the media and social media. While the fire was raging, a resident of the area told the media that the cause was arson and that he personally saw the suspect.

On Saturday evening, DEDDHE formally dismissed the lawsuit. On Monday morning, they made a bird guilty … which is now not a pity. The official position of the fire service is that the cause of the fire is still being investigated.

Whether it’s a flying firebird or a substation spark, mayors have complained that DEDDHE does not clear its area of ​​responsibility from wild greenery that dries up and becomes flammable during the hot summer months (this is clearly visible in the photo). “There is two meters of dry grass at the substation,” said Yiannis Konstantatos, mayor of Elliniko-Argyroupolis. 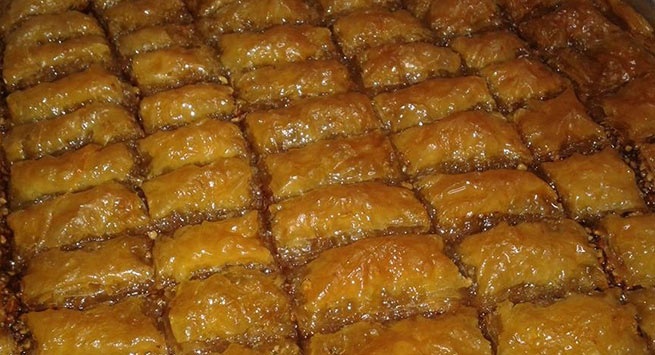 As for why the fire on a mountain with low vegetation and a few trees far apart so quickly got out of control, there’s also a plausible reason: Mount Immitos has an appearance reminiscent of… baklava, according to Skai TV.

“Immitos, it looks like baklava with buns and spots that direct fire at residential areas,” said a reporter from one pro-government media outlet, referring to the mountain’s popular nickname “Τρελός” (crazy). If only the poor man knew that “Τρελός” is the Greek version of the French “tres longue” (very long), used by sailors since the 17th century.

Others claimed that the fire occurred in hard-to-reach places. And government-affiliated media blamed… the wind, claiming gusts as high as 12 on the Beaufort scale. They lied a little, just a little. The wind that day was not stronger than 4-5 Beaufort, at its peak reaching 54 km/h (7 points).

Data from Ilioupolis weather station in the foothills of Immitou via Municipality of Ilioupolis.

In a country where no one takes responsibility, all scenarios and reasons are possible…

The fire department announced early on Tuesday evening that over 200 wildfires had occurred in the past 4 days, 50 per day. And everywhere, as I understand it, these same birds fluttered.