A recent survey of Greek residents showed that the main problem that worries the population is the constant rise in prices affecting businesses and households.

At the same time, only 14.5% assess the government’s measures against high prices as “significant assistance in the current circumstances”, 42.9% believe that other measures are needed, and 41.1% are sure that the authorities are completely unable to cope with this problem. 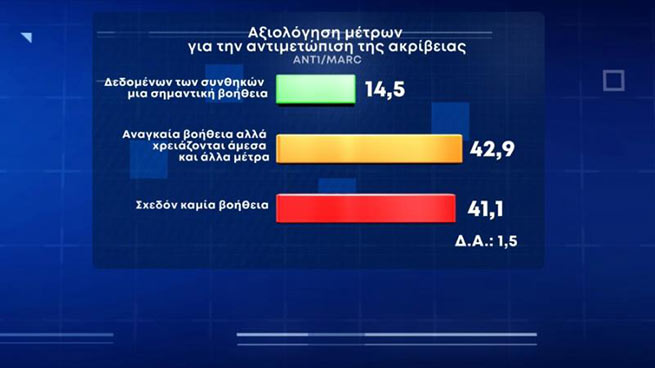 Although Mitsotaki’s recent official visit to the United States ended without any tangible results6 out of 10 respondents rate it as positive or rather positive.

As for political preferences, the difference between New Democracy and SYRIZA, according to this poll, is reduced to a single digit, since the ruling party receives 32%, and the official opposition 22.1%. 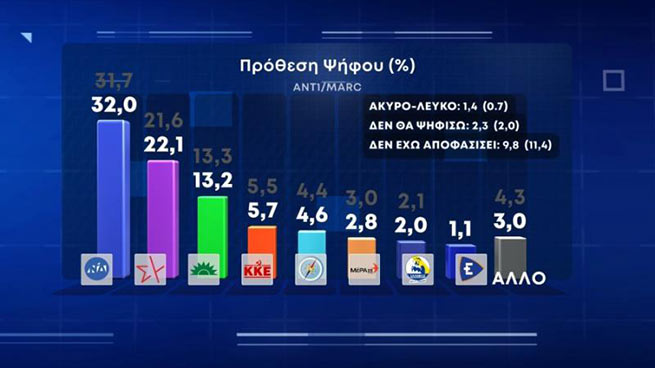 SYRIZA adds 0.5% in relation to the previous study by the same company, however, N.D. also gained 0.3%, despite dissatisfaction with the government’s policy on such important issues as rising prices.