The price of water continues to “grow” in different countries of the world, which cannot but be alarming.

It is expected that the payment of 0.08 euros of environmental tax per unit of production will lead to an increase in prices for a simple, notorious “water bottle” so important in summer, hitting the pocket of the layman.

As previously written “Athenian News”from June 1, the price of bottled water will increase by about 10 cents (apparently rounded and it is clear that it is not in favor of the consumer).

However, even with this increase, Greece will still be at the bottom of the list of the most expensive water bottles in the world. In particular, if you look at the table on the Global Product Prices website, in terms of the selling price of 1.5 liters of bottled water in supermarkets, our country is in 86th place in March among the 93 countries included. The average price of a bottle is about $0.258 or 24 cents.

It is expected that Greece’s position in the rankings will change from June 1 due to a new increase in the price of bottled water, but not drastically.
On the other hand, there are countries in Europe where a bottle of water can be found in supermarkets for as little as 1.50 euros, such as in Norway. A similar situation in Sweden, as well as in Luxembourg, writes dikaiologitika.gr.

However, the most expensive 1.5 liter bottles appear to be sold in supermarkets in the Philippines, the United States of America and Macau, which cost €2. 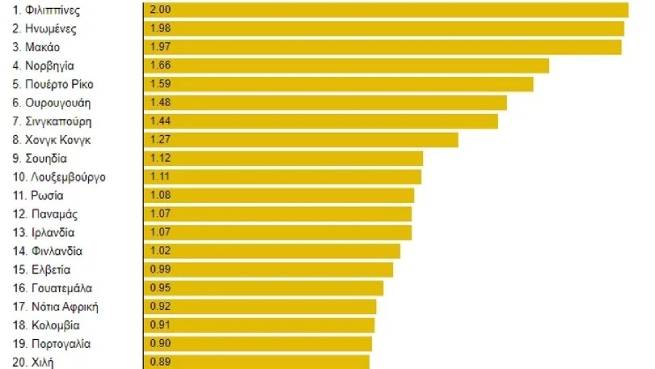