The World Health Organization is convening an emergency meeting of experts to discuss the monkeypox outbreak. The disease is steadily “spreading” around the world and has already affected more than 100 people in Europe.

Cases of monkeypox have been reported in Spain, Portugal, Great Britain, Italy and other countries. In France, the first possible case was identified in the Greater Paris area. Hospitals in Greece are on standby. ΕΟΔΥ has sent circulars to them about the case of monkeypox and is ready to respond immediately to the first suspicious case. Concerns were also raised by the fact that one outbreak of the disease was detected in neighboring Italy, writes newsbeast.gr.

Monkeypox is a rather rare infectious disease, it is similar to human smallpox, which mankind managed to cope with in 1980. The disease proceeds in a milder form, most of those infected recover within a few weeks. However, sometimes, in rare cases, it can be fatal.

Its symptoms include fever, headache, muscle pain, swollen lymph nodes, chills, and fatigue. Patients also develop skin rashes that often start on the face and spread to other parts of the body, including the genitals. The rash changes and goes through various stages before finally forming a scab, which later falls off.

Probably the causative agent of monkeypox circulates among rodents. Monkeys are considered the so-called fake carriers of the virus. Although such a carrier is infected, the virus cannot develop further in it.

The authorities traditionally try to reassure, claiming that the disease is not particularly contagious among people. However, the rise in the number of outbreaks is worrying. The World Health Organization said on Monday that it is looking closely at the fact that some outbreaks in the UK appear to have been passed on to the gay community. Ibrahima Sose Fall, WHO Assistant Director-General for Emergency Response, says:

“We are seeing transmission among men who have had sex with men” which is “new information that we need to study properly to better understand the dynamics of ‘transmission’.”

“But anyone, regardless of sexual orientation, can get monkeypox,” the US Centers for Disease Control and Prevention (CDC) says.

Meanwhile, the monkeypox virus continues its march across the planet. Australia and Canada have identified the first cases. The official website of the Department of Health of the Australian state of New South Wales speaks of a 40-year-old man who returned from Europe and sought medical help a few days later, quotes RIA News:

“The New South Wales Department of Health has identified a probable case of monkeypox in a recently returned traveler from Europe.”

A similar message was also posted on the official website of the Government of Canada (one of the patients is a US citizen):

“The province of Quebec was notified this evening (Thursday) that two samples received by the National Microbiology Laboratory tested positive for monkeypox. These are the first two cases confirmed in Canada.”

Earlier, the UK Health Agency (UKHSA) reported that the total number of monkeypox cases in the country had reached nine people. The Spanish Ministry of Health and local authorities have introduced a sanitary alert after eight cases of monkeypox were detected in Madrid, local media reported. In addition to Sweden, the first case of the disease was detected on Thursday in Italy.

The number of monkeypox patients in the UK has doubled as Health Minister Sajid Javid confirmed the discovery of 11 more cases yesterday. Two cases were reported on Thursday, bringing the total to nine, but health authorities said the figure had doubled yesterday. This raises concerns that the virus is spreading unhindered throughout the country.

As a result of the surge in cases, ministers have ordered additional supplies of smallpox vaccine, which is being offered to people who may have been infected. The government has 5,000 doses of vaccine currently part of the national stockpile, but has ordered 20,000 more doses.

Cases of monkeypox in Spain are reported The Telegraph, have been associated with cases of superspreading in an adult sauna in Madrid. Enrique Ruiz Escudero, the region’s health minister, said Friday that health officials have traced many of Spain’s 30 cases of monkeypox to a single sauna in the capital. 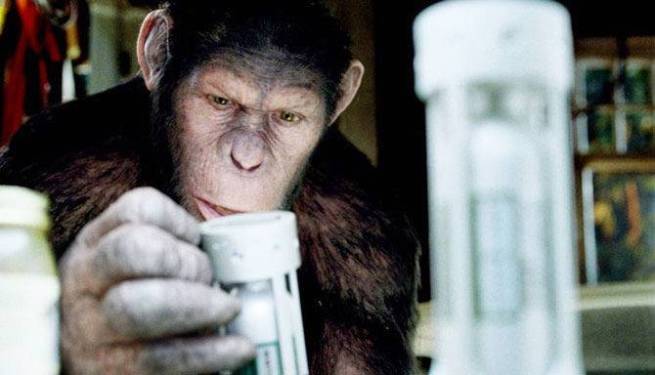 There is no specific therapy and vaccination against monkeypox. But experts are of the opinion that the smallpox vaccine protects relatively well against the monkeypox virus – both types belong to the same genus of viruses. Therefore, they are similar enough for the immune system to respond to infection, medical experts say.

“Common” smallpox has been considered eradicated worldwide since 1980, thanks to a massive vaccination campaign. However, according to the Robert Koch Institute, most of the world’s population no longer has vaccine protection against this disease.

Cases of human infection with monkeypox have so far been known, primarily in parts of Africa. Cases of this disease and suspected infection, which are now recorded in many countries, are considered a West African variant, milder than the Central African one. Germany also found the first case of monkeypox. The Robert Koch Institute has already called for increased vigilance. “Correspondent”.

To prevent infection monkeypox avoid contact with animals that may be carriers of the virus, especially rodents, and use only carefully prepared products of animal origin, the SSC “Vector” reported:

“Contact with animals that can carry the virus, especially rodents and sick or dead animals, should be avoided. This is most relevant in a number of countries in Africa where monkeypox is endemic, mainly in West and Central Africa, where tropical rainforests predominate “.

The RKI article notes that monkeypox should be considered as a possible cause in cases of puzzling smallpox-like skin manifestations, also in cases where patients have not traveled to certain areas where the disease is prevalent. Men who have sex with men should “seek immediate medical attention” if they have any unusual skin manifestations.

“We urge, especially gay and bisexual men, to pay attention to any unusual rashes or lesions on the skin and immediately contact the sexual health service.”

Gays may be offered monkeypox vaccines as part of targeted rollout to fight outbreak in UK, British newspaper writes dailymail, if cases continue to be disproportionately high among homosexual and bisexual men.

The UK Ministry of Health said that the total number of Brits who tested positive has reached 20. No details about new patients have yet been reported, writes “The country”But six of the nine previous cases were in men who have sex with men, which officials say is “very suggestive of a spread in a certain environment.”