On Friday, a mixed jury in an appeals court in Athens upheld the convictions of two men charged with the rape and murder of 21-year-old university student Eleni Topaludi on the island of Rhodes in 2018.

In May 2020, the trial court unanimously found two defendants, a Greek from Rhodes and a citizen of Albania, who are now 24 and 22 years old respectively, guilty of two crimes and sentenced them both to life imprisonment for murder and an additional 15 years in prison. each for rape.

Body Eleni Topaludi was discovered at sea by the Coast Guard on 28 November.

The court again heard how two men lured Topaludi to one of their homes, where they raped and beat her, and then threw the mutilated body of a severely injured and dying young woman off a 10-meter cliff into the sea, leaving her to die.

The mixed jury in both courts rejected any “extenuating circumstances” and ruled that they committed the rape and premeditated murder in a state of calm.

Eleni’s father Yiannis Topaloudis burst into tears when he heard the verdict on Friday as the audience cheered “Bravo”.

The victim’s family reportedly experienced brief tension and a strong reaction when the defendant’s lawyer from Rhodes called the crime “not heinous”. The parents of the killers and the victims cursed loudly, and the presiding judge soon removed them from the courtroom, Skai TV reports.

Consideration of the appellate instance was postponed several times due to the fact that the defendants changed lawyers at the last moment. 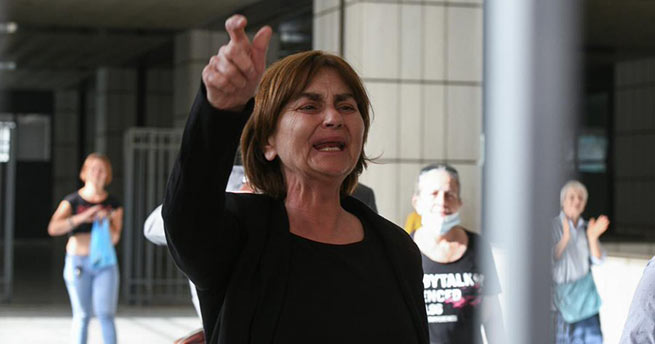 In an earlier interview with state television ERT, Eleni Kula Armutidou’s mother said: “It hurts me to hear about the torture our child was subjected to every time in court. It is a painful, heartbreaking process to hear how Eleni, who has experienced all kinds of physical and verbal abuse, has been tortured.” 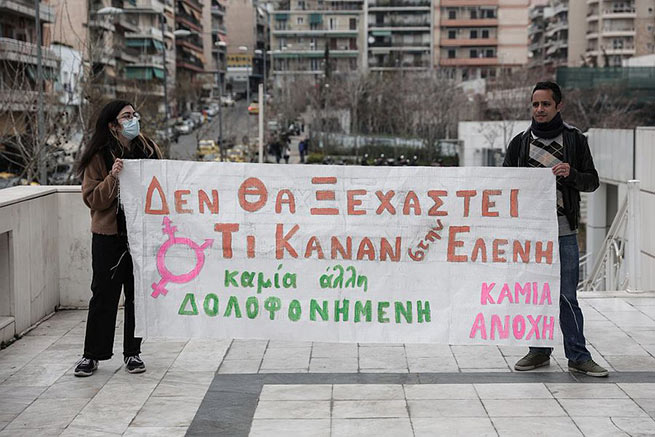 Members of women’s organizations were present at the trial. They all demanded: no tolerance for femicide, and a life sentence should be served to the end, and not just up to 20 years.
Reaction of Eleni’s parents
The victim’s parents said after the verdict that they have justice for the brutal death of their daughter Eleni. 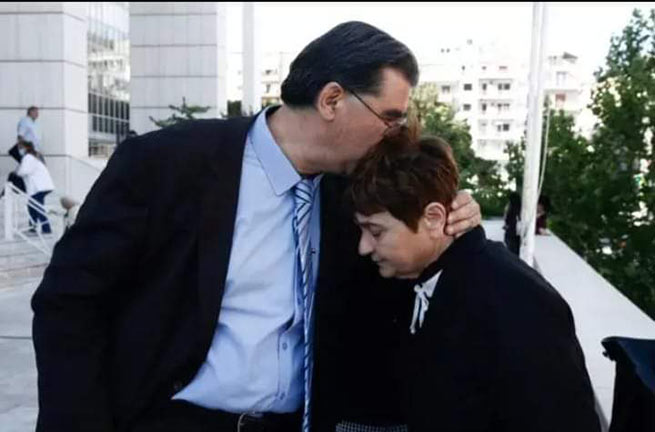 Speaking to journalists, the mother of the murdered Eleni Kula stressed, however, that life imprisonment should be served in full for serious crimes, and demanded changes to the Criminal Code.

“Partly I feel satisfied, partly not. They sit for 20 years and leave. Changes in the Criminal Code here and now. I will very much ask the Prime Minister to listen to us, the mothers of the murdered children. It cannot be that only the killers have rights,” she stressed.

The girl’s father, Yiannis, thanked each of the permanent members of the court and the jury by name for their decision, having exhausted the opportunity provided by law. “Justification is momentary. It was the highest sentence that could be given. Such heinous crimes must be condemned in every court instance to which the defendants apply,” he said.