According to the results of the elections held on May 18, 2022 in universities and technical schools in Greece, the rapid growth of a student faction called “Panspudastiki”, the symbol of which is a red carnation, supported by the Communist Youth of Greece (KMG), was noted.

It should be noted that these were the first student elections after the pandemic, as universities were on distance learning. Thus, in student elections, 3 out of 4 students voted for the first time. Also, since 2019, new departments have been opened as part of the merger of universities. Therefore, no direct comparison can be made with the national aggregate results of previous elections. However, it is clear that that the communist-backed faction went from 2nd force in 2019 to this year’s 1st force in the country’s student unions, something that has not happened in Greece since 1986.

At the same time, there was a significant decline in the DAP faction, supported by the ruling right-wing ND party., which for many years was the first force in student unions. This time she won 27.66% of the vote.

Once again, the Blocko faction, supported by the Social Democratic Party SYRIZA, was almost invisible, it gained 2.54%.

The student faction of PASP, supported by the old social democratic party PASOK, gained 10.13%, while 2 other factions supported by various opportunist forces gained 10% and 5.2% respectively. The remaining votes were divided among independent candidates.

Statement of the Secretary of the Central Council of KMG

Nikos Abatielos, Secretary of the KMG CA, stressed in a statement to the media:

“Three years after the last election, the participation of more than 50,000 students should make an indelible contribution to the historic struggle in which students were able to raise Panspudastiki to its highest level in decades. After 4 decades, “Panspudastiki” takes 1st place across the country. The rapid growth of the forces of “Panspudastika” is recorded in dozens of trade unions and universities of the country, where they occupy the first place. This is a decisive, courageous and confident step forward for a new generation to become a protagonist and fight together with the people for what they deserve. It is a spark of hope that can ignite the fire of defiance, resistance and struggle for all that students dream of.”

The secretary of the KMG CA also noted that “students have condemned the government’s policies, as evidenced by the significant decline in the DAP.” At the same time, he stressed that the students did not support the social democratic forces that did not participate in their struggle, and by casting their vote for the “Panspudastiki”, they promise that they will fight for justice.” 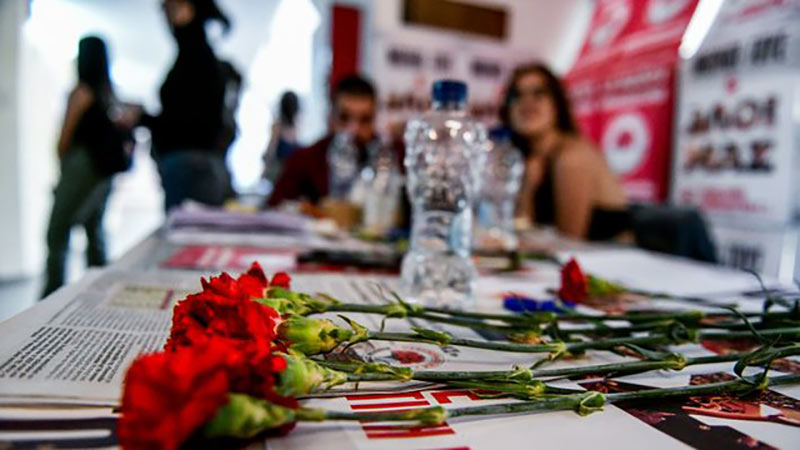 We salute the thousands of students who took part in the elections and supported the “Panspudastiki” with their vote. The current outcome of the student elections is encouraging and also makes us responsible for the great task of reshaping the student movement towards fighting policies that deprive students of the education and the future they need.”