The surrender of the last Ukrainian fighters in Mariupol underlines the territorial logic of the war, says the military observer of the publication in.gr Panagiotis Sotiris.

One of the most difficult things today is to understand how the balance of power is developing in the war in Ukraine. This is largely due to the way information about military operations is organized, which is presented in the form of conflicting narratives, sometimes with elements of reality construction.

On the one hand, in the positions of the Ukrainian government, including the active President Zelensky, in social networks, as well as in most Western media, there is confidence that the war will end in victory for the Ukrainian side and at a great cost to Russia.

On the other hand, the Russian side insists on a detailed account of the strikes it carried out, avoiding any mention of why it changed its tactics, the losses it suffered or the consequences of the sanctions, insisting that the target has not changed. Only “special military operation” has been changed, ie. protection of the “countries of people’s democracy” in the Donbass, for the “denazification” of Ukraine.

Territorial war with a large front

It is clear that the war being waged in Ukraine is essentially territorial, with signs of a positional one. This means that this is a war in which, in the end, it is judged which lands were conquered and protected. It is obvious that, like any war, it is in the nature of constant political pressure on one side or another, in order to force it to retreat, but at its core it is a war that is judged by where the front line is moving.

Russia’s plan is to secure a significant part of Ukraine’s territory, including the Donbass, as well as areas east of the “contact line” and important areas in the south, all the way to Odessa and beyond.

If these regions are “liberated”, then they will logically decide that they will gain sovereignty, and then through referendums, as happened in Crimea, they will decide to join the Russian Federation.

A military operation involves a very large front, and this explains why there are different places where operations are carried out. The forces of Russia and the “countries of people’s democracy” are great, although not unlimited. On the contrary, the Ukrainian forces are quite significant in terms of numbers, but with different levels of combat capability. Ukrainian forces are constantly replenished from the West with portable anti-tank and anti-aircraft weapons, firearms, unmanned aerial vehicles and armored vehicles.

The form of the operation includes an attempt by the Russian side to occupy various strongholds and, accordingly, an attempt by Ukrainian forces to prevent this. The tactics used depend heavily on the use of artillery before any attacks. Ukrainian forces in these areas are numerous, some of them combat-experienced and relatively well-equipped. In some areas, they formed well-defended and equipped strongholds. At the same time, they are trying to commit aggressive actions towards the Russian side and from time to time strike at its border regions.

The Russian army is moving very fast. This is done because of the resistance she faces and also to avoid big losses. At the same time, Russia is struggling to use its stockpile of guided missiles to hit Ukrainian positions, especially those with a large concentration of weapons.

The Russian movement seems to be mainly focused on step by step and gradually achieve the goals it sets in an attempt to expand the areas it controls, encircle a critical number of Ukrainian forces operating there, and negotiate a ceasefire on this basis.

The Importance of Western Aid

So far, Western involvement in the war has consisted of massive supplies of equipment, information (mostly on Russian positions), and possibly the presence of military advisers, in addition to some Western mercenaries.

Although the rhetoric of Western governments is “Ukraine’s victory”, in fact it is military assistance, which does not radically change the balance of power, but prolongs the conflict in every possible way. So far, they appear to have avoided the risk of more direct intervention that could provoke a global conflict, and above all, they hope to the collapse of Russiawhich will force her to change her strategy and withdraw her troops from the territory of Ukraine.

Russia, on the other hand, despite various reports that have been made from time to time that it always includes nuclear weapons in its tactical planning, is unlikely to take such steps. 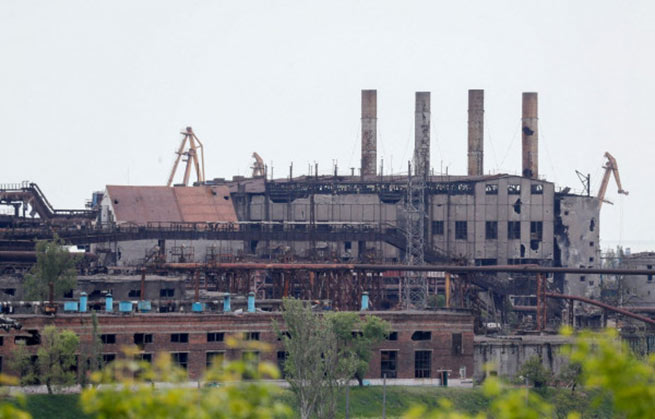 The significance of the fall of Mariupol

The Battle of Mariupol summed up the contradictions of this war. A slow siege that involved alternating more aggressive and slower movements and which eventually centered on a critical fortified position where for a long time the initiative was largely on the side of the artillery. Apparently, the Russians’ intention was to avoid a large number of civilian casualties.

The very fall of the Azovastal plant is very symbolic, but at the same time it marks the defeat of the most ideologically prepared units of the Ukrainian armed forces, inspired by a pronounced nationalist (or even Nazi) ideology. This is the first opportunity for the Russian government to show that it can defeat “neo-Nazis” and “nationalists,” as it calls these Ukrainian units.

At the same time, it ensures Russian dominance in the southern sector of the front and the possibility of transferring forces to other sectors of the front. In this situation – of course, in a different territory – we are talking about tactics similar to Mariupol: concentrating forces and, if there is resistance, first use artillery to hit as many opposing positions as possible before any offensive. 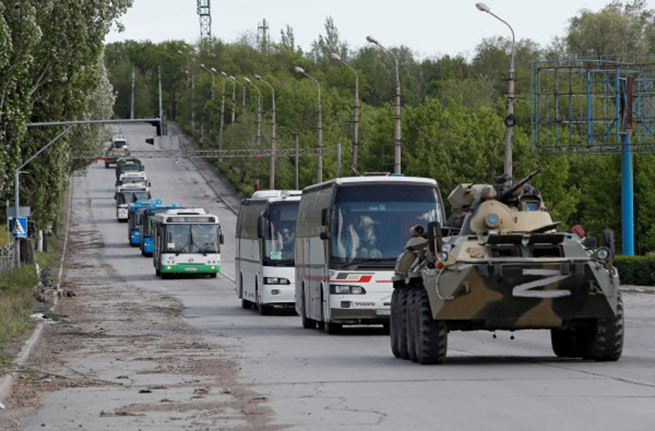 Who does time work for?

The key question is who time works for. Western governments seem to think it is working for the Zelenskiy government. Sanctions are becoming more and more costly for Russia, and they could be even tougher if the problems in Europe are overcome. The war, the loss of soldiers create discontent in Russian society, they undermine the popularity and power of Putin. The adequacy of the Russians in terms of equipment is not unlimited, and they will soon see that they will not be able to continue the operation at the same pace.

On the other hand, however, there are some parameters that show that time does not necessarily work against Russia. So far, non-global sanctions have not brought the Russian economy to its knees. Moreover, the ruble is in good shape, energy exports continue. Discontent within Russia has not acquired a destabilizing character, and the legitimacy of the war is supported by a fairly significant part of public opinion. Russia maintains an alliance with the countries of the former USSR, which was confirmed at the summit of the Collective Security Treaty Organization, which was attended by the leaders of Armenia, Belarus, Kazakhstan, Kyrgyzstan, and Tajikistan. Putin has not lost the “communication game” outside the West, as many governments have opted for neutrality. All this gives a chance to continue such “slow” hostilities for a long time, hoping that in the end they will have the same success as in Mariupol and other places of conflict concentration.

Why doesn’t the West talk about “peace”?

Against this background, it is especially important that in the West they still do not talk about “peace”, they mainly talk about the victory of Ukraine and preparations for the next phases of the conflict, as shown in the demands of Finland and Sweden to join NATO. This means that at the moment the attempt to change the balance of power and defeat Russia prevails. However, it is possible that the way the real correlation develops in this area will also bring the parties back to the debate for some appeasement. The recent communication between Austin and Shoigu was not accidental in this respect.