In his incredible testimony in an Athens court on Wednesday, Babis Anagostopoulos attempted to portray himself as a “good guy” and his victim Caroline Crouch as a “unbalanced” and “violent” woman “who hit him and was a bad mom.”

On the anniversary of the murder case that rocked Greece exactly one year ago, the former pilot presented his own story and called the couple’s relationship a “perfect fairy tale”, saying they lived a “dramatic life” and a great love story.

“My absolute priority was her happiness,” Babis said, among other things, in the first part of his testimony, which lasted more than six hours. He often had tears in his eyes. He claimed that if he went back in time a hundred times, he would choose Caroline a hundred times, with his eyes closed.

“How many times can I apologize to Caroline, who is not here, to our daughter, who will not meet her mother, to my mother-in-law, who entrusted me with what was most valuable to her, and I did not protect it, I apologize to our dog Roxy,” the defendant said. During his testimony, he often used the present tense, as if Caroline was still alive, until the presiding judge corrected him.

He further claimed that Caroline was a “moody” person with outbursts of anger, and that she “beat” him, but did not leave marks (with a sandbag, apparently? Approx. Editorial). “What I say is not an excuse. I’m not interested in my career, I don’t care that a number of people who don’t know me curse me. My only concern is that I will never see her again,” he said.

On the decisive night wife murders in their house in Glyka Nera in East Attica on May 11, 2021 year, he said that he had an argument with Caroline, claiming that she was very angry and wanted neither the child nor him around, and so she went to bed.

He claimed that she was awake and he tried to wake her up by climbing on top of her on the bed and grabbing the pillow. He said he thought she had passed out. The prosecutor then reminded him of the coroner’s conclusion that Caroline had been dying within 5 minutes.

Babis said he was initially shocked when he realized Caroline was dead, and after a while decided to stage the robbery scene so that the couple’s 11-month-old baby “wouldn’t grow up without parents”. He is cynical addedthat he killed their dog to make the burglary claim more credible.

Babis Anagostopoulos, 34, convinced judges, prosecutors and jurors that he killed his 21-year-old wife, Caroline Crouch, “in the heat of the moment.” That he had lost control during Caroline’s latest outburst, that he was afraid for his child. He claimed that he climbed onto the bed to calm her down. 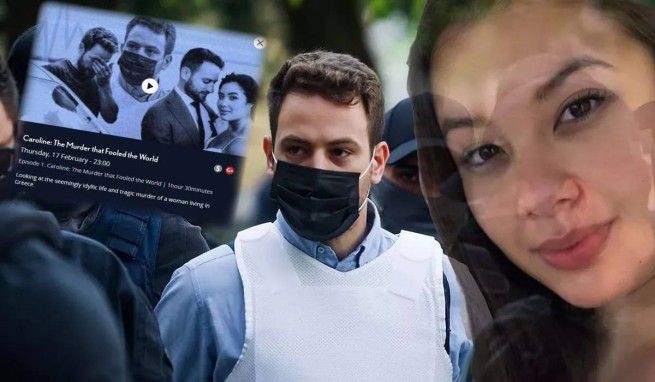 He was bombarded with questions from the presiding judge about how he had brought “the woman he adored” to death by depriving his daughter Lydia of her mother.

“There is no logic, and I don’t have answers yet, I tried to calm her down so that the incident ended, so that she apologized to me and the child for what we went through before,” Anagostopoulos.

“When I realized she was dead, I started pulling my hair,” he said. “I cried, I touched her, I looked at her, I was completely bewildered… I couldn’t understand how I let this happen.”

According to what the media reported late on Wednesday evening, the prosecutor was not convinced that the crime was committed “in the heat of the moment” and spoke of insensitivity. The killer’s testimony was completed in ten hours, but the trial will continue with further questioning of the defendant by judges, prosecutors and juries.

The trial has been rescheduled for May 16, where the prosecutor will speak.

Some TV psychologists said his “apologies” were not sincere. A court correspondent for state broadcaster ERT said everyone in the court had the feeling that he was talking about the crime as if it had been committed by someone else. The fact is that within 37 days Babis Anagostopoulos declared about burglary, until the investigation proved that there was none. The police arrested him and he confessed to the crime. 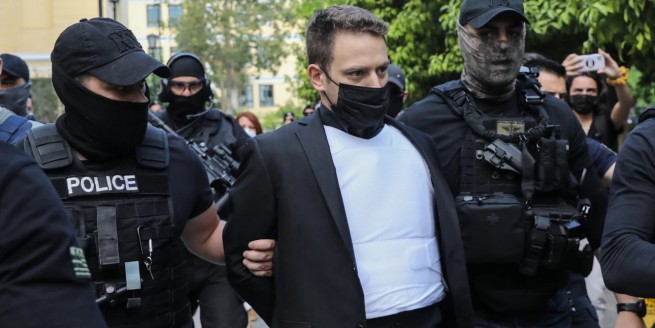 He was charged with two serious crimes – the murder of his wife and the murder of a dog, as well as two minor offenses – giving false evidence to the police, staging a burglary.

It’s also a fact that he was obsessed with the idea of ​​having Caroline in complete control and that she wanted to leave him and take the baby with her.

PS I won’t be surprised if this storyteller writes a book in prison, and publishers will gladly publish it. There have been similar cases in the United States, and more than once.