In the early hours of May 9, hackers associated with Ukraine hacked into the website of a major Russian news outlet, Lenta.ru. It featured the publication “Putin must go. He unleashed a senseless war and is leading Russia into the abyss” and other similar ones.

So, in particular, in the morning on the site materials with headings were found: “War makes it easier to cover up failures in the economy.” “Putin must go. He unleashed a senseless war and is leading Russia into the abyss”, “Russia is leaving the corpses of its soldiers in Ukraine”, “Putin’s Russia despises the law”, “Putin has turned out to be the main Russophobe of the world.”

The publications contained a disclaimer: “This material has not been agreed with the leadership, and for its publication the Presidential Administration will distribute stars to the publication, in other words: urgently take a screen before it is deleted.”

As of 10 am, the materials have already been deleted. 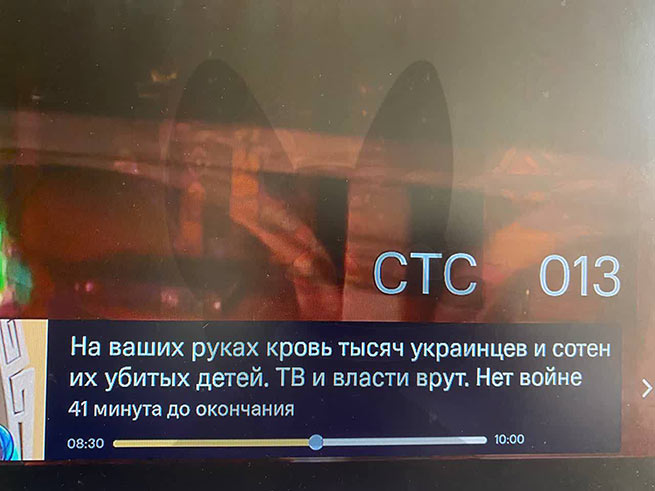 In addition to Lenta.ru, a number of satellite TV channels on the territory of the Russian Federation were also hacked today. In the description of the programs of television channels, anti-war messages appeared with the following content: “The blood of thousands of Ukrainians and hundreds of their murdered children is on your hands.”

According to the information available to the editors, the authorities of Ukraine and NATO countries support and supply Ukrainian hackers with special programs and tools for hacking various Internet and intranet resources. In addition, according to the information that comes across in the open resources of the hacker communities of Ukraine, the direct participation in the cyber war against the Russian Federation of professionals working from public and private structures of the United States, Israel, Canada and other countries is clearly noticeable.

In addition to professionals, cyber warfare involved hundreds of thousands of volunteers, who are trained and then generously distributed to them programs for hacking Internet and intranet resources, as well as for conducting a DDoS Attack. On specialized resources, they are given daily tasks with instructions on when and whom to attack, as well as how best to do it. Cyber ​​security professionals are sounding the alarm, stating that a huge number of trained hackers, with a lowered morale threshold, will not focus exclusively on Russia, and in the near future we should expect an avalanche of cyber attacks on public and private resources with the aim of stealing data (money), extortion and etc.